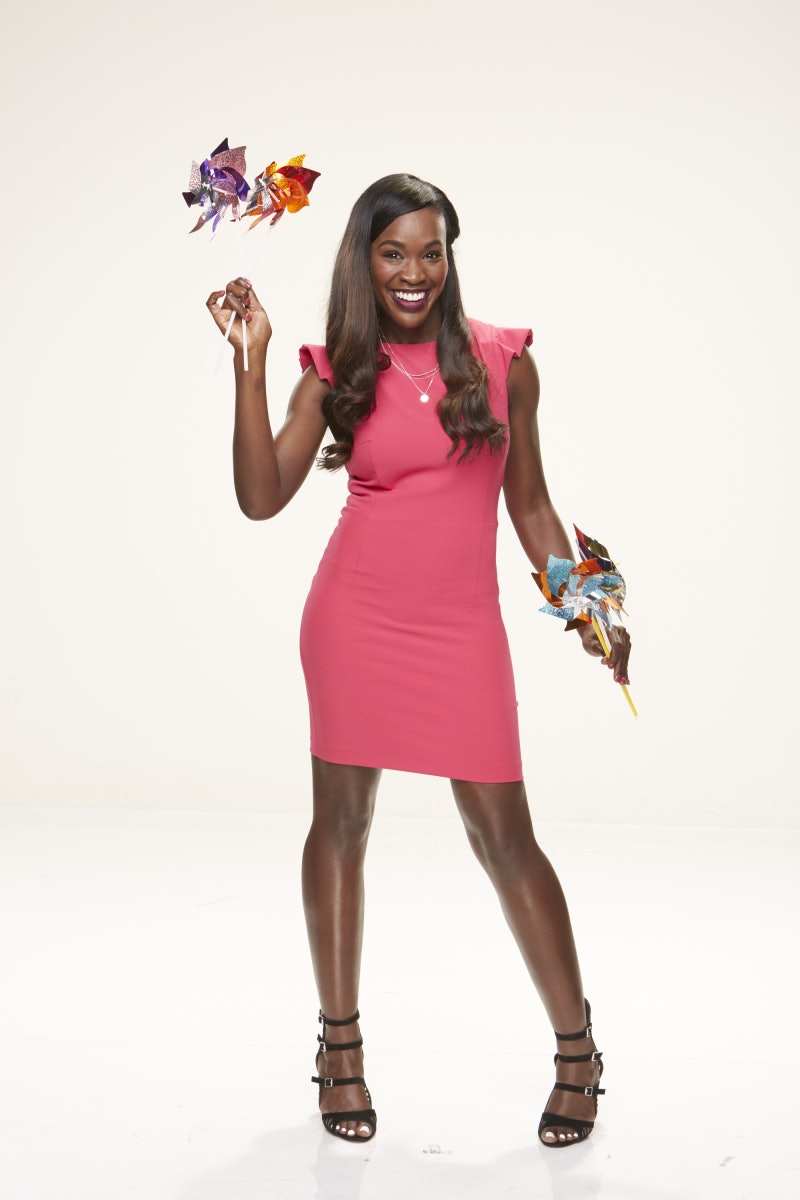 Many Big Brother contestant are easily boiled down to a single, conspicuous trait — athlete, geek, etc. — Season 19's Dominque Cooper is not so easily pegged. She's a spoken word artist, a nuclear engineer, and by the end of the summer could be the latest Big Brother champion. Cooper, or "Dominique The Dominator" as she calls herself, is entering Big Brother with a big smile, a wealth of knowledge, and a thought-out strategy for how she can survive in the Big Brother house for the entire summer.

Cooper's optimism could help or hinder her chances at winning. A positive outlook may guide her through more stressful parts of the competition, but it could also lead to naïveté regarding how other players view her. When speaking with CBS about her strategy for winning, however, Dominique revealed that she plans to "be friendly and maintain integrity; always be watchful, but not in a creepy way; be observant; and take mental notes about everyone." It seems that she won't let her bright outlook on the world dissuade her from keeping others at an arms length to try and get the upper hand. But how long can even the most optimistic person keep smiling in the Big Brother house?

Cooper won't be able to take many of the things that bring her joy into the house, including The Bible, which she said she reads "so I can continue learning and growing; my existence is bigger than me." She'll also be removed from her favorite hobbies which include "eating and trying out different restaurants, attending happy hours, running, creative writing, speaking, and reading as many books as my attention span will allow." The contestant seems to enjoy keeping herself busy — which may be a problem considering how the number one obstacle in the Big Brother house is boredom.

While Cooper is interested in keeping things positive, she's also made it clear that she's not afraid to get her hands a little dirty if she needs to. She revealed about in her bio that she can "read people really well — emphasis on 'really well,'" and is "not afraid to speak the truth, nor [does she] shy away from controversy." Whether or not things get controversial in the house this season probably won't be clear until the contestants are already well-established in their roles. But if they do, Cooper is ready to squash any beef that could risk killing her vibe.

Cooper's strategic optimism isn't unique among Big Brother contestants, as many players in the past have entered the house with a sunny attitudes. Although she may be the only contestant with a Youtube channel dedicated to sharing her optimistic thoughts. Dominique's most valuable in-house asset may be that she's not only looking on the bright side, but that she's trained in how to make others do that too.

Having the ability to cheer others up and getting them to do what you want can be a major advantage on Big Brother. If Cooper is willing to use her skills to her advantage, she could easily end this summer with an extra $500,000 in her pocket.

More like this
Yes, That's Christina From 'The Bachelor' In Taylor Swift's "Fifteen" Music Video
By Brad Witter
All The Clues About Aly & Zach’s Relationship Status After 'The Bachelor'
By Brad Witter
Vanessa Bauer Is Reportedly Dating Her 'Dancing On Ice' Partner
By Darshita Goyal
Airris From 'MAFS' Says He Doesn’t Regret Going To Decision Day With Jasmine
By Brad Witter
Get Even More From Bustle — Sign Up For The Newsletter
From hair trends to relationship advice, our daily newsletter has everything you need to sound like a person who’s on TikTok, even if you aren’t.