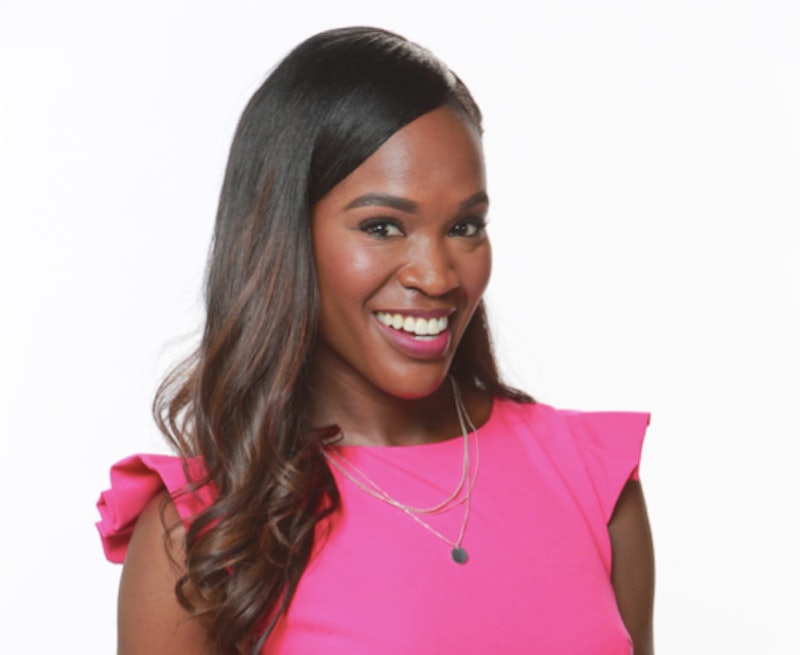 It's the moment many summer reality show fans have been waiting for: The Big Brother 19 cast has been revealed, and it already looks like it's going to be an exciting and... well, pretty interesting game. We've got everything from a stay at home dad to a rodeo clown in BB19, coming into the house to form alliances, enjoy showmances, and compete to win some cash, you guys. At this point, there's no way of knowing who to root for, but, I'm not going to lie, I already have some favorites. But don't take my word for it. Let's explore this cast list person by person so you can make up your own mind — at least until the houseguest in question inevitably does or says something that makes you stop rooting for them.

The best and worst thing about Big Brother — and all reality shows — is that it's real people that you're watching doing and saying these outrageous things on television. But the unique thing about Big Brother is that these real people will be filmed 24/7, which pretty much ramps up the likelihood that your fave can go from great to gross overnight. Season 19 probably won't avoid falling into that same trap, but at least the journey to the finale will be fun.

Check out the houseguests below.

Bio: This fitness superstar says in her bio that she's going to struggle with the lack of privacy in the house — which, good luck. But she's also good at physical and mental games, so she might still go far in the competition if she can keep it together.

Bio: This renovation consultant from Virginia plans to rely heavily on his social game and is looking to get close with the female contestants specifically. Mmmmkay, we'll see what that means. He’s a self-described partier — he claims to have actually taken 21 shots on his 21st birthday — and his bio lists two of his top interests as “eating” and “sleeping.” Is it just me, or was this guy created in a lab to enjoy the Big Brother house?

Bio: This government engineer has a busy social life outside the show, and describes herself as uber-optimistic. She also emphasizes her love of the Bible and hopes to stay neutral and friendly with everyone until the last possible second. But she can’t list a favorite BB player from past seasons, so we’ll have to wait for the premiere to see how she plays.

Bio: This Texan is a radio personality in Dallas, so I’m gonna guess right out of the gate that she’s a smooth-talker with a lot of charm. Her bio is both open and funny, and she cites James from Seasons 17 and 18 as her favorite contestant because he made it fun. If I had to bet on a house prankster, my money is on Elena.

Bio: Jason may be a rodeo clown, but his love for the sport is no joke. He lists it as his favorite activity, and his bull Ole as his best friend. He claims to be an infectious storyteller, lives by the motto YOLO, and his biggest worry about entering the house is using the bathroom. Not sure what he means by that last part, but I guess we’ll see.

Bio: Jessica is a VIP concierge, and she’s coming in hot to Season 19. The Los Angeles-resident describes herself as honest, loud, and loyal, and compares herself most closely to Janelle Pierzina. She’s also arriving armed with a plan: "I’m going to find the best male competitor in the game and the two of us are going to clean house!!!!!” That doesn't necessarily mean a romantic connection, but keep your eyes peeled for a showmance.

Bio: Don’t let his age fool you: Cameron is a microbiologist, so he's clearly a mental force to be reckoned with. But that might not extend to the physical. The Illinois resident says that both times he’s wrestled have ended up with him in the hospital. So, he's not quite a traditional physical threat, and he says he has the memory of a goldfish. Hmmmm. That doesn’t necessarily bode well...

Bio: This personal trainer and native New Yorker is a bodybuilder, but he also loves chess. So that’s brawn and brains, and he’s also interested in trying to read people and gain their trust. Are we looking at a genuine triple threat, here? Just look at the way he chose his favorite past contestant: "Brendon [Villegas]. He basically said “it’s me and my girl vs. the house, let’s go.” That mentality feels like it matches up really well with Jessica’s dream of couple-based domination, so I wonder if these two will link up and go HAM.

Bio: This dog-walker from Phoenix is coming in confident, and it remains to be seen if her attitude verges all the way into cocky or if it will bring her success. She has very specific plans for getting to the end that involve befriending the house’s bulkiest dude and most emotional woman, which feels like it’s might be oversimplifying things a bit. She does say she struggles with overanalyzing and getting paranoid, though, and references Season 18's Tiffany Rousso as a cautionary tale.

Bio: Josh is in hair care sales in Miami, but don’t expect him to care much about his fellow Houseguests. (See what I did there?) He plans to fashion his game after that of Evel Dick, and his bio declares his intention to “lie, cheat, and manipulate” his way to the top. I smell a villain!

Bio: This former marine and current construction sales rep says he’s never been offended in his life, so hold onto your butts, Houseguests! He loves surfing, needs eight hours of sleep a night, and is yet another fan of Evel Dick’s playing style. But Cody's plan for success is all his own, and includes starting by taking out the loudest people, then moving on to the floaters so he can face the best of the best at the end.

Bio: This pint-sized eco-friendly marketing rep dares you not to take her seriously. She hopes to use her height — she’s just five feet tall — and niceness to fly under the radar until she needs to turn up the manipulation. But, in the meantime, Alex is a secret video game nerd and has had more than her fair share of beginner’s luck at casinos. Maybe her first season of Big Brother will also result in a windfall.

Bio: Speaking of gambling, this timeshare sales rep takes good advantage of where she lives: Las Vegas. She’s won money on multiple occasions and also frequents a gym near her house with rock climbing, ropes courses, and American Ninja Warrior training. Should be good prep for BB19, but Jillian is planning to hide all that and play innocent until the end, when she’ll reveal herself as a villain, a la Daniele Donato. Let’s see how far that takes her.

Bio: This feels like an older than normal house, which I’m intrigued by, but you know they had to throw in one person who’s in a completely different generation. He’s a stay-at-home dad from Boston with seven (!!!) kids, and this former Mr. Massachusetts hopes to get by on just being himself. Good luck!

Bio: At the other end of the age spectrum is a cosplay artist from Grand Rapids, Michigan, our youngest Houseguest. Ramses is a proud Dominican and gay man who recently came out to his brother. The superfan is modeling his game after legendary contestant Dan Gheesling and has a very specific plan that counts on people dismissing his because of his age.

Bio: The bio of this dance teacher from Arkansas is full of enthusiasm and exclamation points, and she has a similar strategy to some of the other women in the competition. Because of her short height, she’s planning to fly under the radar for a few weeks, until she breaks out her true “sour patch” self. Sounds pretty familiar! But after that point, she says, she'll have no problem making moves and building her resume to impress the jury.

And that’s everyone. All I can say is that this house better have a whole bunch of radar for the amount of people planning to fly under it. Tune in to the premiere on July 2 and all summer, to see who accidentally ends up flying above it.

More like this
This 'Big Brother' Legend Is Tipped To Host The ITV2 Reboot
By El Hunt, Maxine Harrison and Sam Ramsden
Twitter Is In Meltdown Over The Confirmed Return Of 'Big Brother'
By Sophie McEvoy
Gabby Shocked Everyone By Sending Nate Home During Their 'Bachelorette' Date
By Kadin Burnett
All The Celebrity Relatives Revealed On 'Claim To Fame' So Far
By Brad Witter
Get Even More From Bustle — Sign Up For The Newsletter