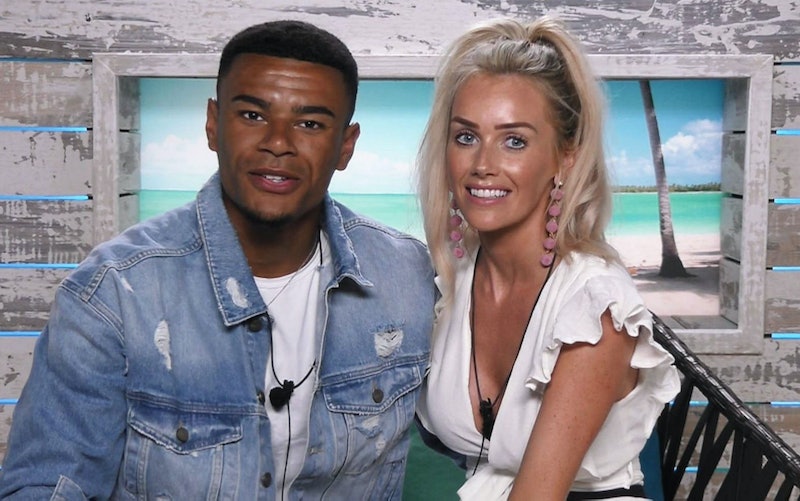 As the weeks go by, the relationships in the Love Island villa are blooming. And as the Islanders have been making very clear, sexual frustrations are on the rise too. So who has had sex on Love Island 2018? Well, one thing's for sure, the "Do Bits Society" seems to be growing by the day. But which couples have been crackin’ on under the covers and taking things just that little but further?

First up was Megan Barton Hanson and Eyal Booker. The couple, who have been together since Megan entered the villa and chose the 22-year-old model in her first re-coupling ceremony, became the first islanders to do the deed last week after spending the night together in the famous hideaway, following a romantic wine tasting date earlier that day. "It just felt right in the moment," Megan admitted to fellow islander Georgia Steel the next morning. "I can’t stop smiling. I’m literally like a Cheshire cat, I can’t stop." Similarly, Eyal dished the dirt to Jack Fincham when the Essex lad asked how their night had been, saying: “Yeah. I wasn’t just going to do it for no reason, and our date yesterday just really solidified what I wanted to hear."

It didn’t take long for another couple to follow suit as on Sunday night’s episode. Laura, 29, revealed to the girls that she and partner Wes, 20, had taken their relationship to the next level too. The couple had been through a somewhat difficult patch a couple of days beforehand, with new arrival Ellie Brown catching the attention of Wes. However, they seemed to have put things to bed (pardon the pun) with a steamy make-up session as Laura confessed: "You know how Wes likes to talk about the Do Bits Society? The DBS thing?"

Georgia then asked whether the two had sex, to which an embarrassed Laura said "kind of", before hiding in the cupboard as the girls gathered around her. She later opened up in the Beach Hut, saying: "Oh my god I was so embarrassed telling the girls, I literally hid in the cupboard. I was trying to hide my face because I was so red."

Things were then reconfirmed shortly after when Wes and Laura reflected on their night of passion, with Wes telling Laura: "We’re another level of the Do Bits Society now. Congratulations."

While the two couples are the only ones to go all the way and have sex in the villa so far, there are other members of the so-called "Do Bits Society" — a slightly bizarre club created by Wes in which his fellow islanders officially become part of once they have "done bits" with their other halves, meaning they've had sex or made some other form of sexual contact with their partner. After forming the society, Wes quickly recruited Josh Denzel, who confirmed that he had "done bits" with Georgia but that the couple were yet to go all the way. They then approached Eyal, who was crowned chairman of the society after becoming the first guy to have sex in the villa. Yep, I know, it's all very teenage-like.

Jack, who is now in the first official relationship of the series with partner Dani Dyer (how cute was the moment he popped the question? Jani for the win), was refused entry after admitting that he and Dani had not done any "bits" in the villa yet. In fact, Adam was the only other islander to be welcomed into the DBS following a previous night of "doing bits" with ex-islander Rosie Williams, though he and Zara McDermott have yet to confess to anything. As for Alex George and Ellie, and Samira Mighty and Sam Bird, things have been kept very PG between the couples. But who will be next to take their relationship to the next level? My money is on Josh and Georgia.