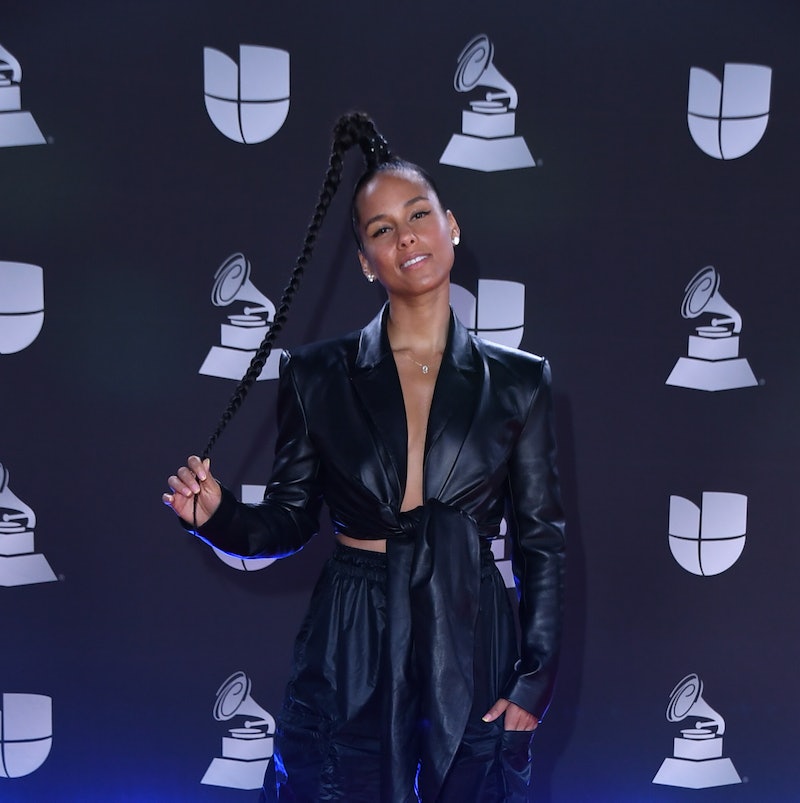 Fans will soon know who will be up for the 62nd annual Grammy Awards when nominations are announced on Nov. 20. As for who's hosting the 2020 Grammys, though, that's already public knowledge. And those who loved last year's telecast should be very excited about the Recording Academy's choice.

That's because 2019 Grammys host Alicia Keys is returning for another round. Last week, Keys announced that she would take on hosting duties for a second year in a row. When she signed on last year, Keys was the first woman to host the awards since Queen Latifah in 2005. Now, she'll become only the third woman to host the Grammys more than once, according to Billboard. Keys joins Ellen DeGeneres, who hosted in 1996 and 1997, along with Rosie O'Donnell who hosted in 1999 and 2000. But she's also making some history of her own, as the first female music star to host multiple times in the show's 62-year history.

"At first, I did think last year was a one-time thing," Keys said in a statement to Billboard. "But when the opportunity came back around, there was no question about returning as host. Last year was such a powerful experience for me. Not only did I feel the love in the room, but I felt it from around the world and it confirmed the healing and unifying power of music."

It also confirmed, as she made clear in a video called "I'm hosting the GRAMMYs...(Yes, Again)," that her competition this time around is herself.

Hopefully, Keys will return with her dueling pianos, which were the standout of last year's show. Midway through the 2019 broadcast, Keys paid homage to renowned jazz pianist Hazel Scott by tickling the ivories of two pianos — occasionally at the same time — playin a medley of songs she wished she wrote like Nat King Cole's "Unforgettable," Lauryn Hill's "(Doo Wop) That Thing," and Drake's "In My Feelings."

If Keys decided to recreate this iconic Grammy moment next year, it might include songs written by possible 2020 nominees Ariana Grande, Lana Del Rey, Taylor Swift, and Billie Eilish. All of these artists are expected to hear there names when the Grammy nominations are finally announced and some will even win.

Keys, a 15-time Grammy winner herself, has talked about what it meant to win at the biggest night in music. But, during her first hosting gig, Keys had fun talking about the time she lost to John Mayer for Song Of The Year in 2005.

Don't worry, the story was a happy one since Mayer actually broke his Grammy in half to give a piece to Keys, who he thought should have won. "This has got to be the coolest joint custody agreement in history," Mayer said when he joined Keys onstage.

Who knows, maybe that'll happen this year, too. Just another reason to watch the 62nd annual Grammy Awards, hosted by Keys, when it airs live on January 26.