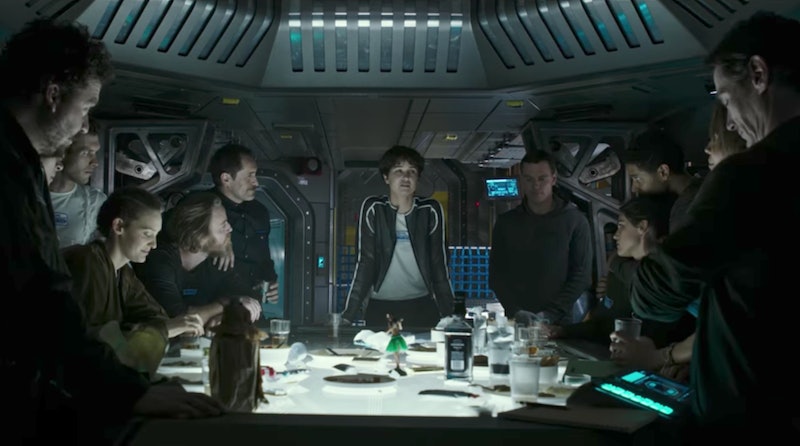 As the saying goes, behind every great man, there's a great woman. For the director of Alien: Covenant, Ridley Scott, that woman was the talented producer Julie Payne, who managed his production company for many years. Payne, who died from cancer in July 2016 at the age of 64, was the producer of Golden Globe- and Emmy-winning films and the leading force behind Scott's Scott Free Productions for 15 years. The world lost her too soon, but her legacy lives on in the works of the past, present and future — there's even a dedication to her at the end of Alien: Covenant.

Payne had worked with Scott since the '80s, collaborating on some of the dirctor's most memorable works, such as Thelma & Louise, G.I. Jane, and Gladiator. She originally started her career working in the BBC's costume department in the '70s, but later, at Scott Free Productions, she managed all TV and film activities for the company out of its London office. She executive produced award-winning projects like the 2002 drama The Gathering Storm and the 2009 thriller Into The Storm, overall winning two Golden Globes and two Emmys.

Payne's work in both TV and film impacted daily operations at Scott Free and Scott's independent projects alike. When she sadly passed away after a short battle with cancer last year, Scott Free released a statement, according toVariety, expressing their condolences:

“Julie Payne will be greatly missed by the entire Scott family as well as the whole of Scott Free and RSA Films, and everyone who came to experience her professional integrity and dedication over the years.”

Payne left a huge mark on the film industry, and being that she was very active in Scott's filmmaking family and played a huge role in so many of his most loved works, her dedication at the end of Alien: Covenant makes perfect sense.