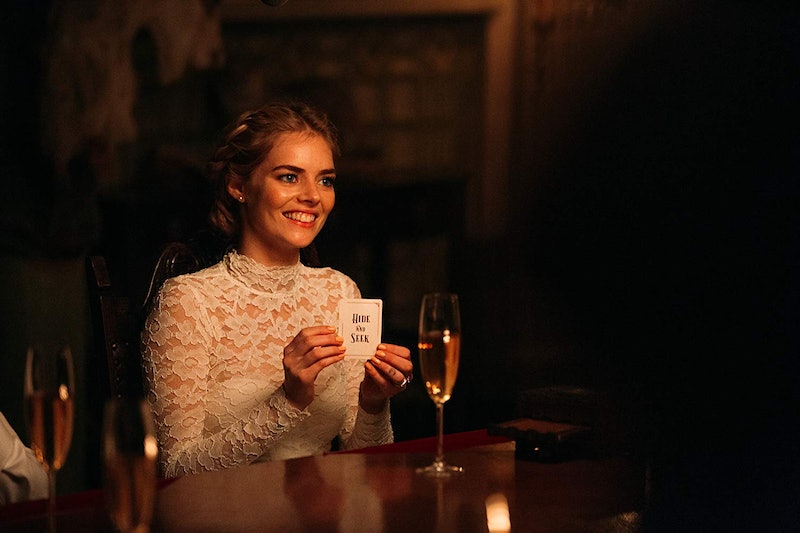 Major Ready or Not spoilers ahead. Grace (Samara Weaving), the heroine of the dark comedy thriller Ready or Not, encounters some serious issues right after marrying into the wealthy Le Domas family. The family attributes their wealth and success in the gaming industry to an old family friend, a mysterious entity they call Mr. Le Bail, who was a benefactor to their great grandfather. Though there are no flashbacks that fully show or explain who Mr. Le Bail actually is, his identity becomes clear once the Le Domas family traditions come to light.

Grace's new father-in-law Tony Le Domas (Henry Czerny) tells the story when the family gathers the night of the wedding. Victor Le Domas founded the board game empire that made them rich, but first, he was a merchant seaman. On one of his trips he met another merchant who shared the same passion for games. His name was Mr. Le Bail, and he carried a mysterious box with him. Le Bail made a wager with Victor, saying that if Victor figured out the mystery of the box, then he would grant him wealth and success.

What the Le Domas patriarch doesn't explain to Grace is that Le Bail is literally the devil himself. Many of the family's vintage-looking game designs feature an illustration of Le Bail with a thin mustache, sharp goatee, and horns. And the Le Domases obviously half-expect him to materialize in their home; they leave an empty chair for him in the game room, and family lore is that Alex (Mark O'Brien), Grace's new husband, saw him once, when he was a child.

Though the Le Domases live in comfort, Le Bail becomes a presence that the family cannot shake off, even if they try. There are relatives mentioned who met ambiguous ends after ignoring the terms of the deal. They've become slaves to his power and are willing to do anything to appease him — including sacrificing another life.

Every time a new person is brought into the family through marriage, they absolutely need to play a game before dawn the day after the wedding. Otherwise, the refusing couple suffers the consequences. The game played is dictated by the same mystery box Le Bail carried on the ship where he met Victor Le Domas. A blank card is placed inside it, and when the new Le Domas draws, the name of a game — whatever Mr. Le Bail desires — magically appears. Hide-and-seek is the card you absolutely don't want to pull, as it must end in the sacrifice of the newcomer. In the event of failure to complete the sacrifice ritual, the Le Domases die.

Unlike past newlyweds, Grace manages to survive hell. And by daybreak, her in-laws and Alex die as Le Bail exacts his revenge. The bride even manages to catch a very short glimpse of the demon in the chair reserved for him in the family game room, and it seems that the drawing on the box is pretty accurate.

But there isn't really much else revealed about the version of Le Bail that Victor Le Domas met on the ship. There isn't an explanation regarding his origins, why he decided to cut a deal with Victor, or what the full terms of that deal were. Is the wedding night ritual the only one he's required of the Le Domases? The unanswered questions just make the over-the-top horror comedy all the more freaky.