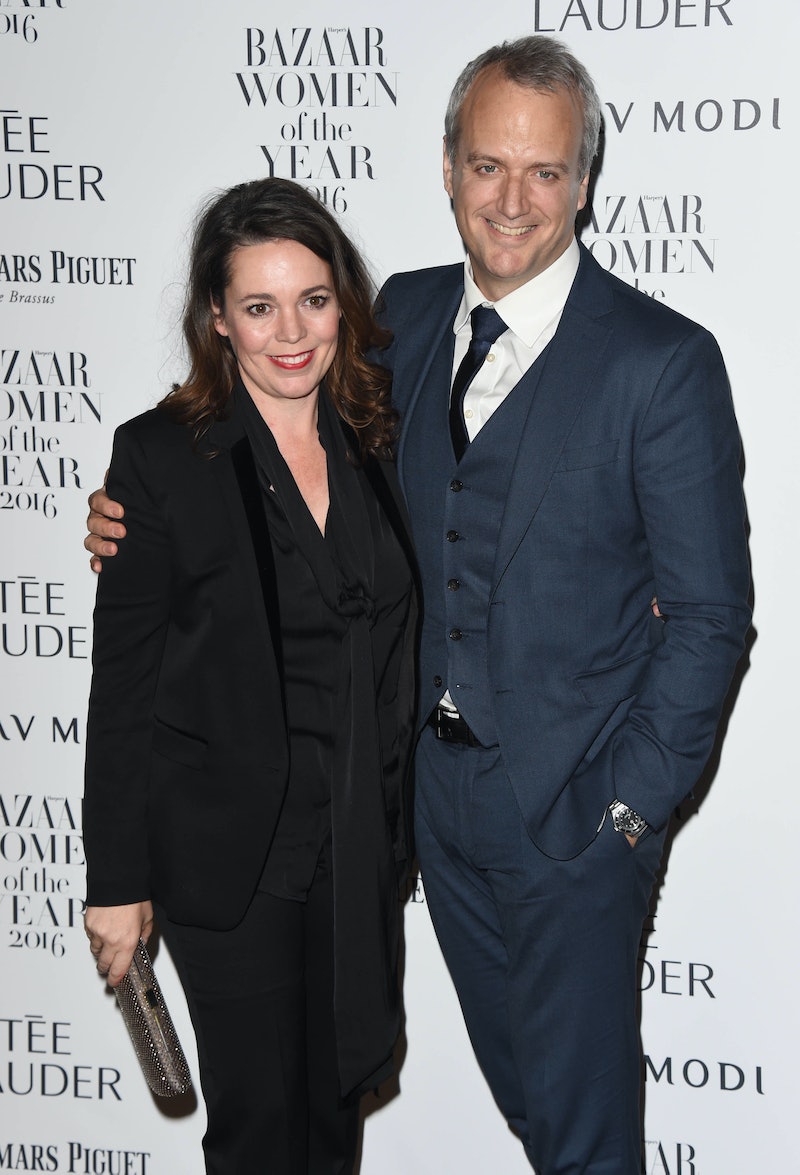 British actor Olivia Colman already has a BAFTA and a Golden Globe for her work as Queen Anne in The Favourite, and by Sunday night she may have an Oscar. And her husband will likely be by her side at the ceremony. The Broadchurch star tends to keep the details about her life private, but Olivia Colman has been married Ed Sinclair for 18 years, and the couple has three children. Sinclair, also a Brit, has dabbled with acting in the past, though his only non-theater credit is the short-lived TV show Look Around You, a parody of educational TV shows, where he appeared in one episode alongside his wife.

Like his wife, Sinclair likes to keep his life private. There's not much information online about his current work. But the couple studied together at Cambridge University, both members of the Footlights Dramatic Club, per The Telegraph. They met each other when they starred in a production of Alan Ayckbourn's Table Manners. And upon seeing him, Colman knew he was the one. “It sounds really odd, but I did fall in love with him at first sight," Colman told the outlet. “When he walked into the room, I just went, ‘That’s him!’ Mind you, I suppose if he hadn’t wanted me, then I might have gone, ‘That’s him!’ at someone else a week later.”

Sinclair then ended up going to the Bristol Old Vic Theatre School, where Colman accompanied him. “I said, ‘I’ll come along with you and support you. I’ll temp and clean. However, he seemed to be having so much fun that I thought I’d apply too, and amazingly I got in,” explained the actor to The Telegraph.

But despite starting out as an actor, Sinclair later decided to become a writer instead. According to Curtis Brown, the management company that represents him, Sinclair has worked in various forms of writing including “short stories, short film scripts, the odd (in both senses) poem and two unpublished novels.” The page also notes that his first screenplay, Landscapers, a true crime drama series, was in development with Sister Pictures as of 2017. His IMDb hasn’t been updated since Look Around You, and there are no updates on Landscapers.

Colman has now become an international superstar, winning over new fans who weren't already familiar with her hit TV shows Broadchurch and Peep Show. But she's still adjusting to fame and has said she would rather have a normal, low-key life. In an interview with Vogue U.K. from 2017, she opened up about how strange it is to be in the public eye. "I do find it weird when people I don't know are looking at me," confessed the actor. But her private life at home has become her sanctuary. "As long as I have Ed and the boys, everything is all right," noted Colman.

Next up, Colman will take over the role of Queen Elizabeth II from Claire Foy in Season 3 of The Crown, which will only make her more famous. (Not to mention the possible Academy Award.) But you can bet that she'll still be keeping it down-to-earth at home.