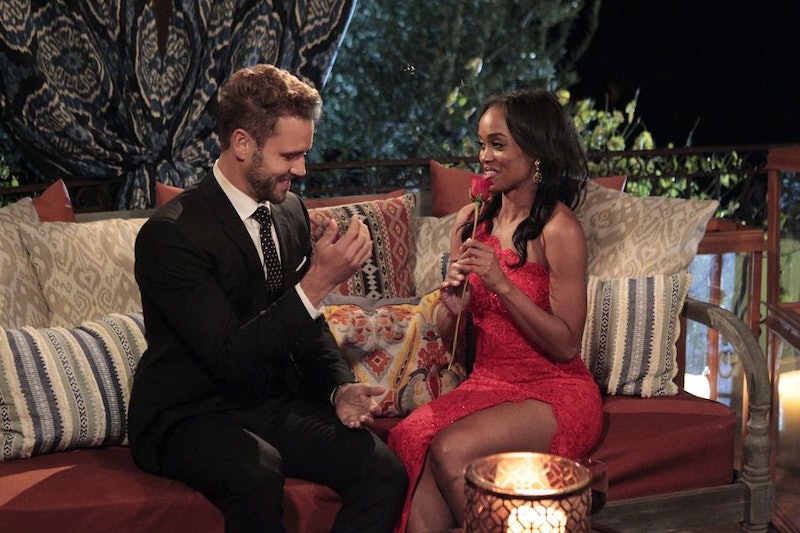 Rachel is my favorite contestant on The Bachelor, and it’s partly because she is beautiful and funny and smart, but it’s also because she is a take-no-prisoners type in her day job, which is a lawyer. But that judicial spirit runs in the family, it seems, because on The Bachelor, Rachel told Nick that her father is a federal judge. Talk about intimidating.

Rachel and Nick had quite the one-on-one date. It involved beignets and strolling through the French Quarter and a second line parade and a romantic dinner amongst a sea of old Mardi Gras floats. It was during that dinner that Nick started asking questions about Rachel’s family (which is a good sign, because it means that he likes her and he is thinking about meeting her family), and Rachel revealed that her father is in the big time. His name is Sam Lindsay, and he’s a federal judge in Dallas. According to his page on the United States District Court website, he was appointed to the position by Bill Clinton in 1998. He has a Bachelor’s from St. Mary’s University and a J.D. from the University of Texas School of Law. Lindsay is also a member of the State Bar of Texas and the Dallas Legal Association. Nick asked if Rachel thought her dad was intimidating, and she said, “Yes!” I am inclined to agree with her here. This will be Nick meeting him:

I liked that Nick wanted Rachel to open up her vault and tell him about her family, because it means that he’s thinking about meeting her parents already. Hometown dates aren’t for weeks, but Nick seems like he wants Rachel there. I can’t wait until he meets her dad.