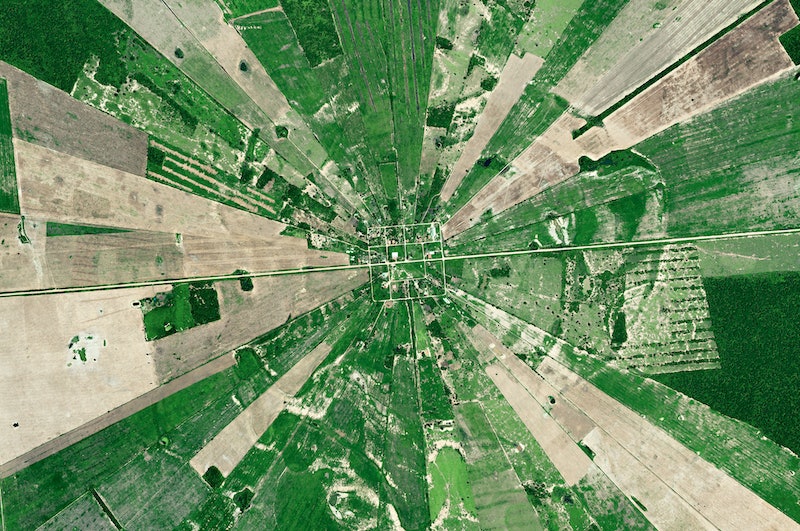 If you've already managed to sail through Netflix's Our Planet and are looking for another documentary that captures the immense beauty of our world, look no further than BBC's Earth From Space. While I've been totally mesmerised by the images teased in the promotional imagery and trailers for the docu-series that airs tonight, there's one thing particularly bugging me... who's the narrator on Earth From Space?

If like me it seems that this voice bears a striking resemblance to that of Scar in the new Lion King trailer, this is because Earth On Space is narrated by none other than Chiwetel Ejiofor. It seems that this actor is all about portraying some of cinema's most iconic roles in recent years, as he was also Solomon Northup in 12 Years A Slave, Peter in Love Actually, Karl Mordo in Doctor Strange, and most recently Trywell Kamkawama in The Boy Who Harnessed The Wind; a film which Ejiofor also wrote and directed.

While it may be odd not to hear the iconic musings of David Attenborough, Ejiofor's voice has a similar pull with an added weight to it. I mean, he was cast as Mufasa's wayward brother for a reason, y'know. Anyway, narrating a BBC documentary is a pretty significant role, but from what I could find there's little to no info regarding how Ejiofor was offered the job. I have contacted BBC and his agent to see whether they can offer some more insight. While the BBC have yet to get back to me, his agent kindly passed on a comment from Ejiofor regarding his thoughts on the series.

"I am so excited to have narrated this extraordinary and illuminating exploration of our world from this beautiful and unique vantage point."

If you've ever seen the breathtaking imagery produced by satellite imaging company UrtheCast, you'll be pleased to know that the team behind Earth From Space partnered with the company to tell a unique story. As executive producer Jo Shinner explained to the BBC, the premise of the series was to ask "what can satellite imaging add to the natural history genre that feels fresh, revelatory and from a new perspective?"

A lot. From documenting many different species and their travelling patterns to just seeing familiar places on the planet from a different angle, it's absolutely astounding to see what these cameras can capture from such a high vantage point — especially when it comes how quickly the Earth is changing right before our eyes. "Time-lapses over years show cities growing and swallowing up the countryside around them," Shinner said.

"Huge swathes of forests are decimated before your eyes and turned into regular agricultural patterns. Ice melts away from mountain tops and glaciers. It is like having an exclusive ring-side view on how the planet works and the secrets hidden in its remote corners."

Like Our Planet, it's crucial for viewers to be aware at the dangers Earth is facing and what can be done to change them. If being faced with this stark reality through images far above the atmosphere is another way to do that, then so be it.

Earth From Space begins tonight on BBC1 at 9 p.m. and will continue weekly.

More like this
Owen Warner's Net Worth Might Surprise 'I'm A Celeb' Fans
By Sam Ramsden
Our First Look At 'Vardy V Rooney: A Courtroom Drama' Doesn’t Disappoint
By Bustle UK
'Gilmore Girls’ Lauren Graham Just Revived Our Hopes For A New Reunion
By El Hunt
Idris Elba "Breaks Out" Of London In 'Luther' Film First Look
By Sam Ramsden
Get The Very Best Of Bustle/UK