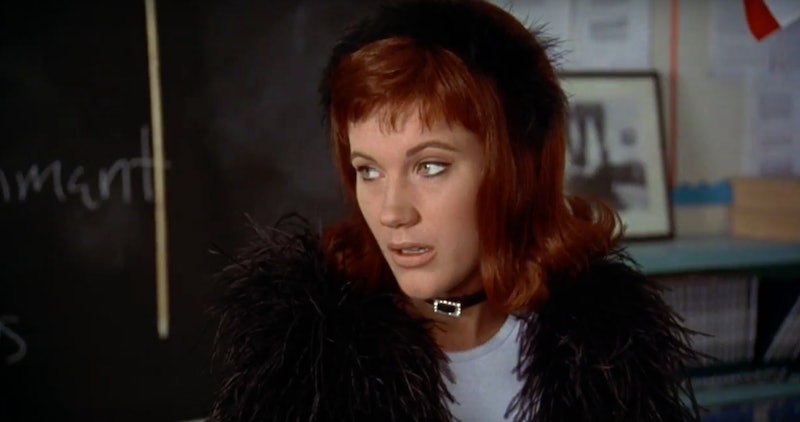 Arguably, it's no coincidence that the 1990s are the decade we're still obsessed with started immediately following the invention of the World Wide Web. This is probably why '90s kids can't get over the '90s. The internet changed how we would consume entertainment, and, if you grew up in the decade that seems rife for nostalgia these days, you're in a pretty unique position. Unlike the generation before, you grew up with access to the internet. Unlike those a decade or so younger, you also remember what it's like to exist in a world prior to hanging out online and all the inconveniences and delights this entailed.

When you think about it, a lot of what's obsessed over in terms of the decade is its pop culture. One argument goes like this: the music, TV, and films made between 1990 and 1999 were so amazing, so completely unforgettable, that how can we get over that decade? And, sure, it was the decade of Nirvana, TLC at their peak, the unforgettable TV series My So-Called Life, and ever-quotable movie Clueless. But I don't think that we're still obsessed with all of the above because it was so much better than the equivalent 2017 music, TV, and movies. It's because we had such less access to entertainment back then — and '90s kids loved what they did have so much.

While we had the internet in the grunge era, it didn't necessarily dominate your life at that point. Your existence was probably a bunch more focused on IRL than URLs. Napster launched in 1999 and YouTube came around in 2005, which meant if you didn't have the money to buy new CDs and you'd already burned all your friends' CDs onto your desktop computer, you just had to sit around and listen to the music you already had. If you wanted to hear a new song you liked, and didn't have the money, you'd have to wait for it to play on the radio — something that could take days.

And don't get me started on television. Forget marathoning series on Netflix, this was the decade where you needed cable. Instead of waiting for a series to come out in full so you could digest it in the space of a few days, in the '90s, you'd spend the whole week obsessing over a past episode of your favorite show and waiting for the next episode to come out. There was no Hulu where you could watch it the next day — if you missed an episode, you missed it.

This difficulty of access made pop culture so much more precious: you loved that song all the more for playing it on loop the moment you managed to record it off the radio on tape or shelled out for the CD. You could quote your favorite movie line for line, because you'd have seen it at least 20 times. It turned going to your friend's house and watching some rom-com that they owned but you'd never seen into an exciting once-in-a-blue-moon event.

It's hard to imagine having the same obsessive relationship with the pop culture of today, no matter how devoted you are to a show or band or film. The internet has democratised entertainment — it's no longer essential to have a lot of spare income to become a music connoisseur, because you can listen to music for an affordable monthly fee. Similarly, you can become a film or TV buff without giving Blockbuster Video a sizeable chunk of your life savings or paying extra for cable.

And this is cool. If you grew up in the '90s, you might have noticed how much broader your taste in entertainment has become post-streaming services. You don't just have to listen exclusively to pop-punk because you don't want to shell out $15 to take home a CD from a genre of music you're not sure if you'll like. You don't have to refuse to watch horror movies because you paid Blockbuster a substantial fee for something you only watched the first ten minutes of before hiding behind the sofa for the rest of the movie.

But it also means you're less invested in what you do consume. What band's album will ever mean as much to you as that copy of TLC's Fanmail your older cousin handed down to you? Similarly, what movie have you watched over 20 times in the past ten years? I'm going to make an educated guess: probably none, because what obsessive person watches something over and over now that they have access to a world's worth of entertainment for very little dollars?

So yeah, the nostalgia makes all the sense in the world — and not just because Fanmail is an indisputably great album. We're emotionally invested in the entertainment from that decade because back then, with limited access to every album/TV show/film ever, the ones you did own meant absolutely everything to us. These were the last pop-culture remnants from that age when the internet existed without being all-consuming. So no wonder we still 'ship them so hard.