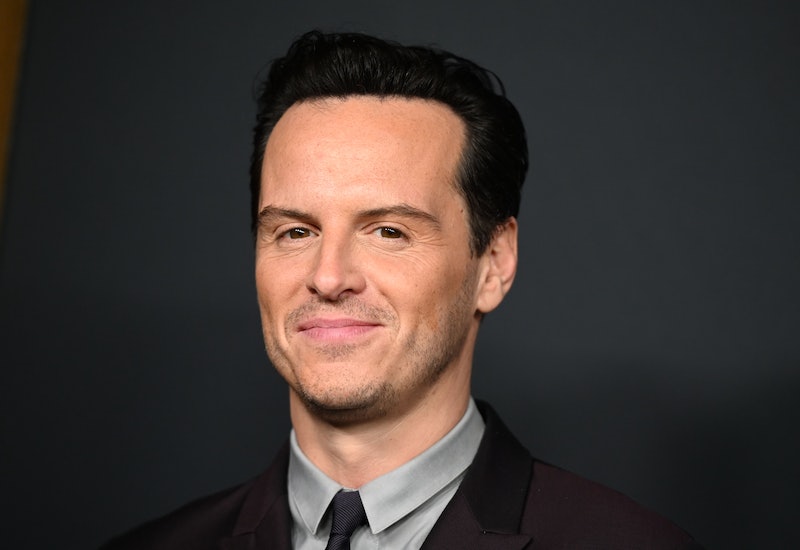 You probably know and love him best as the hot priest in Fleabag or as the conniving Moriarty in Sherlock, but as a highly accomplished actor of stage and screen that's just a fraction of the projects he's been involved in. So when Andrew Scott revealed his worst work nightmare, I'm pretty sure all jobbing actors' ears pricked up.

It turns out it's smoking, which is many people's idea of hell but for him it's not to do with the smell of smoke or the health implications. Nope, it's actually to do with the logistical nightmare that smoking while acting can become. From the action itself to the processes involved in getting that damn thing lit.

Speaking to the BBC about his most recent film project, 1917, Scott said "Never smoke, ever." Adding, "On anything - on stage, on screen - never use a cigarette lighter."

Fleabag fans are probably scratching their heads right now because who could forget his scene alongside Phoebe Waller Bridge's Fleabag (in that playsuit) smoking a cigarette out the back of a restaurant. It didn't seem that flipping stressful. The stress that Scott is referring to mainly is that which he experienced when a faulty lighter caused him some serious anxiety during the filming of 1917. A film made to appear as though it's one continuous shot.

Scott's admission came when he sat down with the BBC alongside the director of the film, Sir Sam Mendes. Scott was teased about his on camera blunders. Mendes said, "Andrew, in his only scene, made more mistakes than anyone else." Struck down by a moment in which his character is, you guessed it, smoking. Mendes explained to the BBC the issues with smoking from the director's point of view. "You can have seven minutes of magic, and then if someone trips, or a lighter doesn't work, or if an actor forgets half a line, it means none of it is useable and you have to start again."

1917 is the story of two young WWI soldiers handed an impossible mission to cross enemy lines and save a group of comrades who are heading into a trap. It's already receiving awards having already received Best Director and Best Drama at the Golden Globes. It's been nominated for nine BAFTAs and is a hot favourite ahead of the Oscar nominations on Jan 13 according to Sky.

More like this
Theo James Would “Love” To Star In George Michael Biopic
By Sam Ramsden
Adam Ali Hopes 'Waterloo Road' Will “Subvert” Queer Misconceptions
By Sam Ramsden
This First Look At 'The Gold' Shows Jack Lowden In A Whole New Light
By El Hunt and Sam Ramsden
Everything To Know About The 'Daisy Jones & The Six' TV Series
By Maxine Harrison and Brad Witter
Get The Very Best Of Bustle/UK
Sign up for Bustle UK's twice-weekly newsletter, featuring the latest must-watch TV, moving personal stories, and expert advice on the hottest viral buys.