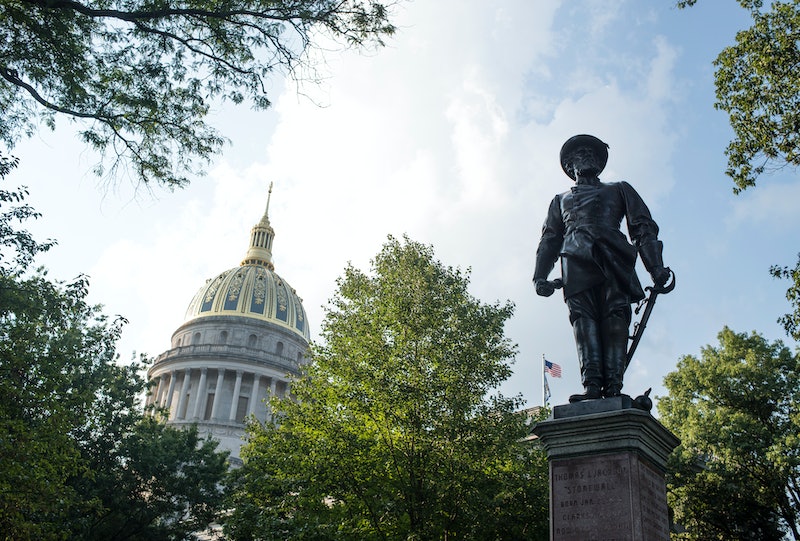 The violence in Charlottesville, Virginia, last weekend, which followed armed white supremacists gathering to protest the upcoming removal of a Robert E. Lee statue, renewed the national debate over whether Confederate statues should be kept in public spaces. Since the rally on Saturday, many of these statues have been taken down across the nation, from Durham, North Carolina, to Birmingham, Alabama. So why are Confederate statues being removed? For many people, especially minorities, these statues are a reminder of a very painful past, and glorify the leaders who fought to preserve slavery and other forms of racial discrimination.

There are currently an estimated 1,400 parks, statues, and memorials to Confederate leaders in the American South, and many of them are dedicated to military leaders like Robert E. Lee and Thomas "Stonewall" Jackson. Both of these men were Confederate generals who led armies of men in the fight to uphold the institution of slavery. While there were certainly other factors that contributed to the Civil War, most historians agree that its primary cause was slavery.

For many people, statues that glorify people who fought specifically to subjugate an entire group of people have no place in modern society, especially when the Confederate flag is still used as a symbol by white supremacists as they carry out violent and hateful acts directed at minorities.

But some, especially those in the South who may have had relatives fight in the Civil War, argue that the statues are an important way to preserve history and honor those who gave their lives in the war. President Trump even went so far as to say that removing these memorials would "rip apart" the "history and culture of our great country."

Still, others argue that there is certainly a difference between remembering history and glorifying white supremacy. In fact, a majority of the monuments were not erected until nearly a generation after the Civil War, when Southern states began to enact Jim Crow laws to legally disenfranchise African-Americans. For the most part, these statues were another effort to terrorize them.

As the events in Charlottesville have shown us, racism is far from dead in the United States. When white supremacists continue to proudly hoist the Confederate flag before murdering innocent people simply because of the color of their skin, many Americans can't bear symbols of hate and racial discrimination, no matter how "historic." Given the alacrity with which many Confederate monuments have been removed in the past few weeks, it will be interesting to see how many are left standing in the coming months.