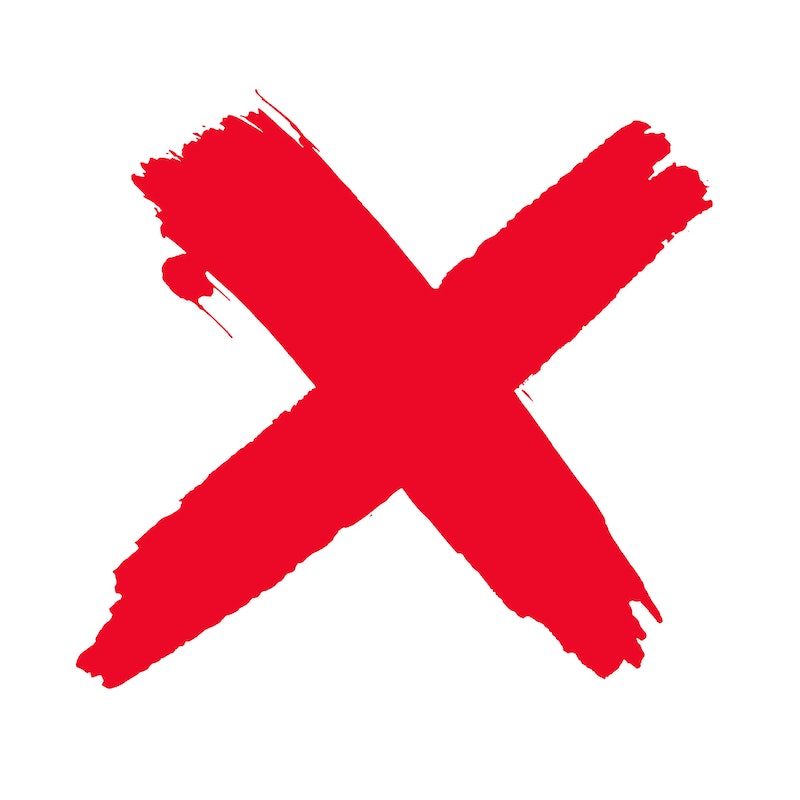 You may notice some of your Facebook friends have changed their profile pictures to red Xs Thursday, and you may be wondering why. It's all part of the END IT Movement's "Shine a Light on Slavery" Day, a day of action started by a coalition of international organizations working to end human trafficking and slavery. Participation in this day of action is being led by some of the organization's most recognizable partners and supporters: Celebrities and politicians who are posting photos of themselves to social media with red Xs drawn on their hands and encouraging others to do the same. An annual awareness-raising event, this is the fifth "Shine a Light on Slavery" Day.

The awareness that the organization is promoting is certainly an important one. The Global Slavery Index estimated that in 2016 45.8 million people were trapped in some form of modern-day slavery in 167 countries, with nearly three-fifths living in India, China, Pakistan, Bangladesh, and Uzbekistan. But don't think this is a problem that doesn't reach the U.S. The GSI puts the number of people enslaved in the Land of the Free at 57,700, though the actual number could be so much higher.

As the END IT Movement's press release notes, "There's no way to count with 100 percent accuracy the total number of people trapped in slavery. These men, women and children are part of a hidden population."

"Shine a Light on Slavery" Day comes about a week after the Senate Foreign Relations Committee's Feb. 15 hearing on human trafficking and slavery. It was the Senate's second time holding this now-annual hearing. But you may have already heard about it through coverage of Ashton Kutcher's testimony on behalf of his organization, THORN, which rallies tech companies around using technology to fight against child sexual exploitation. According to a report from the United Nations Office on Drugs and Crime, worldwide 79 percent of human trafficking is for purposes of sexual exploitation; children make up 20 percent of all victims.

If you want to join in on END IT Movement's "Shine a Light On Slavery" Day, simply draw a red X on your hand, take a selfie, and post it to the social media platform of your choice. You can also download one of the organization's handy icons. But if selfies aren't your thing, add to the awareness-raising by educating yourself on human trafficking and contemporary slavery, especially on how sex trafficking and forced labor may be happening in your region or community.

There are also several organizations fighting slavery that you can donate money to. But as always, do your research before donating anywhere. END IT Movement is accepting donations on behalf of its 16 coalition partners working internationally to fight slavery. However, one of those organizations is the Salvation Army, which has been called out several times in the past for its alleged anti-LGBT discrimination. Looking for more ways to fight human trafficking? Check out the State Department's list of suggestions or read more about human trafficking and slavery.