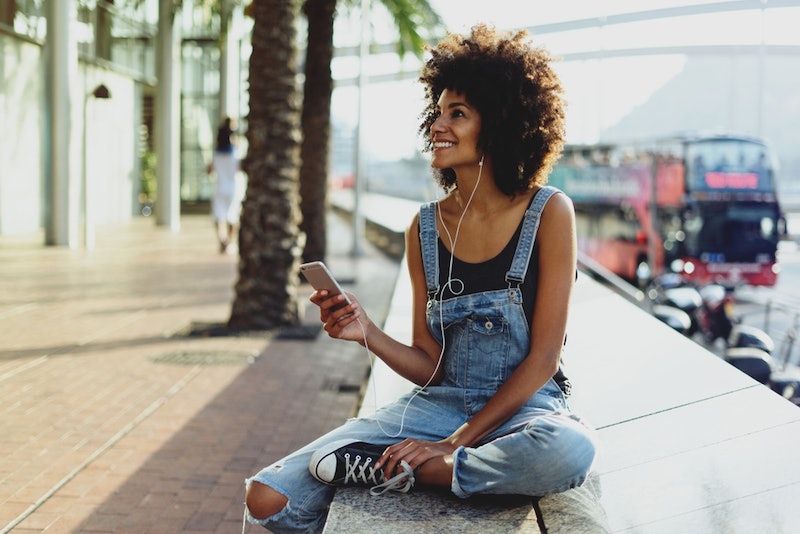 JKStock/Shutterstock
By Sadie Trombetta
May 23, 2019

Have you noticed lately that everyone you know seems to be listening to audiobooks? No, it isn’t just your friends; it’s actually a national trend among readers.

According to the Association of American Publishers, audiobooks are growing faster than any other format, including print and e-books. A survey by the Pew Research Center revealed that, although print books are still the most popular format for reading, audiobook use is on the rise. Another consumer survey from Edison Research and Triton Digital reported that half of Americans over the age of 12 have listened to an audiobook in the last year, a 44% increase from the previous year’s findings. It seems that, when it comes to making reading choices, audiobooks are becoming more and more appealing, especially to millennial and Gen Z readers, nearly 25% of whom reported they had listened to an audiobook in a Pew Research Center survey conducted in 2017.

Not unlike the current podcast boom, audiobooks have become incredibly popular, especially with 25 to 34 year olds. But why? What is it about this format, which has been around since the 1980s, that has made it so desirable in 2019? One word: Multitasking. The survey by Edison Research and Triton Digital found that the car has become the most popular place to listen to audiobooks. Nearly three-quarters of respondents said they listened to books while on the road, compared to 69% the year before. That means more readers are finding time to listen while performing other daily tasks, such as commuting to work, running errands, or going to the gym. No matter how busy life gets, audiobooks make it possible for book-lovers to cross titles off their TBR list.

The biggest question on bibliophiles minds is probably something along the lines of: Does audiobook listening count as reading, or is it cheating? According to Dr. Daniel Willingham, a Professor of Psychology at the University of Virginia and the author of a popular Science & Education blog, the mental process of reading a physical book is actually not that different than the mental process of listening to an audiobook and can be an immersive experience.

According to a 2018 study conducted by the University College London and funded by Audible, audiobooks can make listeners more emotional than movies and television during key narrative moments. During the experiment, test subjects listened to audiobook clips of moments from eight popular books, including the proposal scene in Jane Austen's Pride and Prejudice and Ned Stark's beheading in George R. R. Martin's A Game of Thrones. They also watched the same scenes from TV and movie adaptations of the books. Sensors tracking the subjects' heart rate, body temperature, and their skin's electrical conductance showed that each measure increased more when listening to audiobooks than while watching the on-screen versions. In other words, audiobook listeners showed more emotion than TV and movie viewers.

A heightened emotional response isn’t the only interesting effect of this popular book format. New data from the Edison Research and Triton Digital consumer survey conducted for the Audio Publisher Association found that listeners attribute the audiobook format to helping them get through more books in a shorter period of time. According to respondents, audiobooks are also the preferred choice when they needed to get through a book more quickly.

There are so many reasons audiobooks have become such a popular choice among book-lovers, from their incredible convenience to their ability to illicit powerful emotions and beyond. And there is still plenty of research to be done on what happens in the brain while listening to a book, but one thing is for certain: If you love audiobooks, you should listen to them. And yes, it counts as reading.