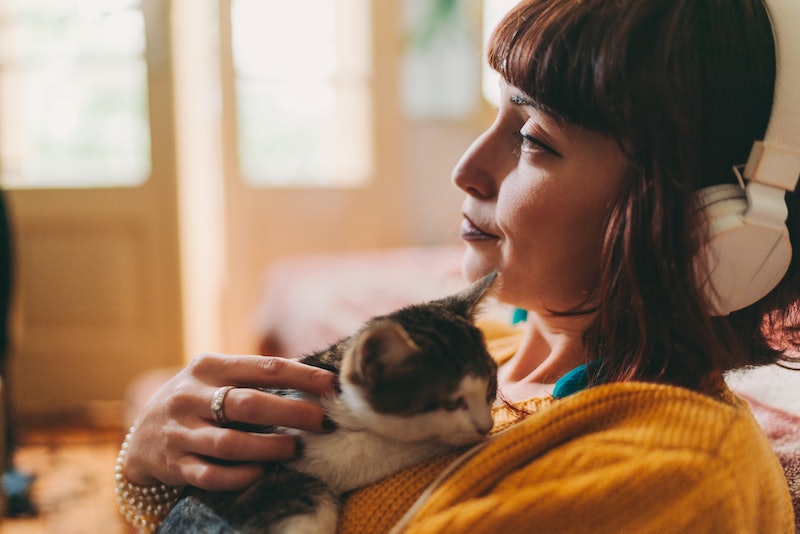 Who doesn’t feel relaxed hearing Stephen Fry’s voice? Especially when he’s lending it to JK Rowling’s Harry Potter. There’s something about hearing a story being performed that makes me feel completely calm. And it seems I’m not the only one. The meteoric rise of audiobooks has taken the publishing industry by surprise, with an 87% rise in sales since 2014.

According to Sound Learning – the UK’s dedicated audiobook charity of which Stephen Fry is a patron – audiobooks are also incredibly useful for those with dyslexia, reading impairment issues, and even those who simply find reading a bit of a challenge. Research has shown that audiobooks can improve visualisation skills, as well as increase a listener’s vocabulary, and there’s no shortage of positive feedback from parents; from long car journeys to sending their little ones to sleep, audiobooks are delivering anecdotal results that are hard to argue with.

With one in five children struggling to read at their full potential by the age of 11, removing any barriers to literature seems essential.

So, why are they now the only form of literature subject to VAT? The so-called "stealth tax" on audiobooks affects the poorest and most vulnerable of potential readers and, given the UK’s challenge to improve childhood literacy rates, it seems at best unjust, and at worst, classist. But, it’s not the first time people have been priced out of reading. The UK doesn’t tax print literature, and only a few weeks ago it was agreed that the UK would remove VAT tax on e-books. However, this won’t be implemented until 1st December.

If classism seems a stretch, then consider that per Reading Agency, by age 15, children from disadvantaged backgrounds will be three years behind their peers from affluent homes in reading proficiency. Not only that but, as many single parents can attest, between working and childcare, finding the time each night to read to their child can be a huge challenge. With one in five children struggling to read at their full potential by the age of 11, removing any barriers to literature seems essential.

In fact, while many weren’t aware that this tax even existed, those that know of it are fighting back. The Publishers Association's Axe The Reading Tax campaign is gaining ground. It's supported by just under 700 authors, including Stephen Fry and author of The Girl on The Train Paula Hawkins, and they’ve already had a win with the abolishment of VAT tax on e-books in the UK’s 2020 budget.

Helen Boden, CEO, British Dyslexia Association, said she feels the government's decision not to extend the announcement to include audiobooks is "disappointing." She explains: "For many people with dyslexia, audiobooks give access to literature in a way that isn’t possible through text, whether digital or paper-based. Adding VAT to audiobooks, when it isn’t applicable to other types of book, is discriminatory to many people with dyslexia. It isn’t fair to tax someone more because they assess reading in a different way to others.”

And it's not just a financial issue — practically, audiobooks face their own challenges, from complicated licensing laws around their use in schools to the very nature of owning a digital product. For example, the loss of Microsoft Ebooks — which, after shutting its metaphorical doors, advised all customers that their ebooks and audiobooks would no longer work — there’s a strange realisation that, unlike physical purchases, you depend on the business to continue existing for you to keep the product.

There remains a sense that, unless you’re reading an encyclopaedic amount of historical literature or have this year’s Booker Shortlist on your bedside table, you’re not reading anything of substance.

Then there’s the issue almost all readers are aware of: the strange hierarchy of literature. In the same way that fast-paced crime novels and almost any book with a woman on the cover are deemed easy-reading, there’s a level of judgement reserved for those that prefer to carry a Kindle than a paperback. From a long list of articles discussing whether we can consider audiobooks as ‘reading’, to whether or not digitalising literature is a positive step, I can’t help but feel we’re having the wrong conversation.

Literature can be a very exclusive club. The idea that, if you haven’t read War and Peace, you can’t truly enjoy classics, continues to pervade. In April last year, journalist and author Rebecca Reid argued on Good Morning Britain that we should forgo forcing young people to read Shakespeare in favour of highlighting authors whose work features more culturally relevant themes. Despite being a lover of Shakespeare’s plays, I wholeheartedly agree. Authors like Marian Keyes, Malorie Blackman, and Dorothy Koomson changed reading for me. They introduced me to storytelling that felt relevant, giving me a new appreciation for modern literature. These books are often sidelined into a "women’s-reading-genre" designed to ensure that they can’t be taken seriously. But they should be.

By my early 20s, I had learnt to appreciate Shakespeare’s work despite the intimidating language, but this dedication to the classics is another reason why some literature feels "beyond" those of us outside of the middle or upper classes. There remains a sense that, unless you’re reading an encyclopaedic amount of historical literature or parading this year’s Booker Shortlist on your bedside table, you’re not truly reading anything of substance.

But audiobooks have the power to change that. The performance piques interest and can be an accessible route out of our comfort zones. Shakespeare, when read by Jim Belushi, suddenly feels less intimidating than a 300-page GCSE textbook.

And back to my beloved Stephen Fry. A surprising survey from 2014 found that children who read Harry Potter — whether that’s in the form of an audiobook, e-book or traditional print — will be more tolerant of stigmatised groups, and more likely to empathise with and support the vulnerable.

In the immortal words of Albus Dumbledore, "Words are, in my not-so-humble opinion, our most inexhaustible source of magic”. And that’s the case whether they’re spoken aloud, read by a parent, a narrator, or simply to yourself. Isn’t that the joy of stories — that they transcend class and snobbery? Aren’t we all entitled to experience the magic of words?

More like this
The BBC Is Adapting A Best-Selling Novel About A Mistaken Killer
By Darshita Goyal
Everything Prince Harry Is Likely To Address In His "Wholly Truthful" Memoir
By L'Oréal Blackett and Sophie McEvoy
What Is A "Hot Girl Book" & Why Is Everyone Talking About Them?
By Samantha Leach
10 Must-Read New Books Out This Week
By K.W. Colyard
Get The Very Best Of Bustle/UK