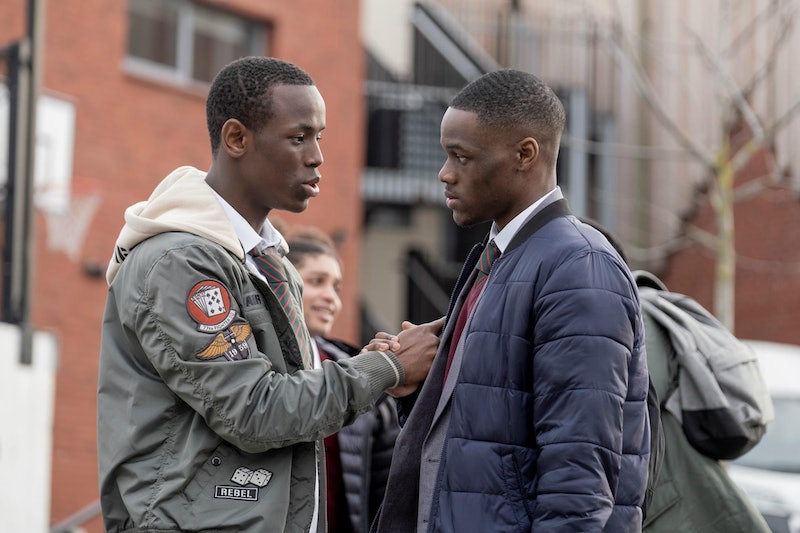 Earlier this week, cinema chain Vue banned the new UK film Blue Story. It came after a fight broke out on Saturday in the line for the Disney children’s film Frozen 2 in one of their cinemas in Birmingham. According to the BBC, five teenagers were arrested in connection with the disturbance, which involved up to 100 young people in a public area of the multiplex. And in response the cinema banned London-based film Blue Story which happened to be opening that weekend.

The move to stop screenings of the film has received widespread backlash on social media with some calling it “institutionally racist”, and it’s hard for me to disagree.

Vue released a statement about their decision to ban the film. They said: “The decision to withdraw Blue Story was no one taken lightly or without careful consideration of out experience across the country. The film opened in 60 of our sites across the UK and Ireland on Friday November 22, but during the first 24 hours of the film over 25 significant incidents were reported and escalated to senior management in 16 separate cinemas." Yet, Showcase cinemas, another chain to ban Blue Story retracted their decision to halt screenings saying in a statement: “We have come up with a plan to reinstate screenings of the film supported with increased security protocols and will be doing so from this evening.”

As a huge film fan, I have so many questions left unanswered, like how did teenagers manage to get through security with machetes in the first place? You can barely sneak in your own sweets into cinema, so how on earth did giant knives get in? And secondly, the assumption that the acts of some individuals has anything to do with Blue Story, especially when the teenagers were not even watching the film, is absurd. Why not ban Frozen 2 the film they were actually queueing for? Or perhaps stop viewings of Joker which was still in cinemas at the time of the incident? It’s a film about a man who goes on a killing spree for which he feels no remorse, after all.

The director of the film Andrew Onwubolu said Blue Story, which is about two young friends who become rivals, was a story of “love not violence” in a statement. He added: “there were also a few incidents earlier this year with the release of Joker, it’s always unfortunate but I hope the blame is placed with the individuals and not an indictment of the film itself.” Even if the film has some violence in it, I don’t think that’s grounds to ban it nationally. It speaks a lot more about these cinemas than it does about the film or its content, especially considering cinema’s long history with films of a violent nature.

And I’m not alone. Speaking to LBC, even Mayor of London Sadiq Khan said he wasn’t "sure about the decision" to pull the film from cinemas. "We have got to realise that some of the stories young people are telling are relevant to Londoners. They reflect life in London.” Banning Blue Story in one of the biggest cinema chains in the UK in its opening week could be detrimental to the film's box office success. How often do we see films released nationwide written, directed, and produced by black creatives in Britain? And now they are expected to bear the brunt of a few individuals and the luck of proper security in cinemas. Creatives should be given licence to tell their truths, and it's insulting when respectability politics (which I often think is applied more harshly to black film and TV) is disguised as concerns about "inciting violence".

And even when films have been connected to violence, they are still not pulled from cinemas the way Blue Story has been, especially in recent years. Although Quentin Tarantino’s debut film Reservoir Dogs was banned on VHS until 1995, none of his films have been banned in the UK — even though he has been criticised throughout his career for the potential impact his hyper-violent films could have on people. And in 2012, when 12 people were horrifically murdered with 70 injured, in a cinema in Colorado during Dark Knight Rises, the film wasn’t banned nationwide, even though the killer said he was "The Joker" — a fictional character in the franchise. Instead, security was increased at cinemas across the U.S. after fear of copycat attacks.

Blue Story isn't any more to blame for this than Frozen 2, or the cinemas themselves. And using the hard work of young black creatives as a scapegoat is not fair. Instead, the owners of Vue and other cinemas who have banned the film should focus on how they can improve security to stop something like this happening again.