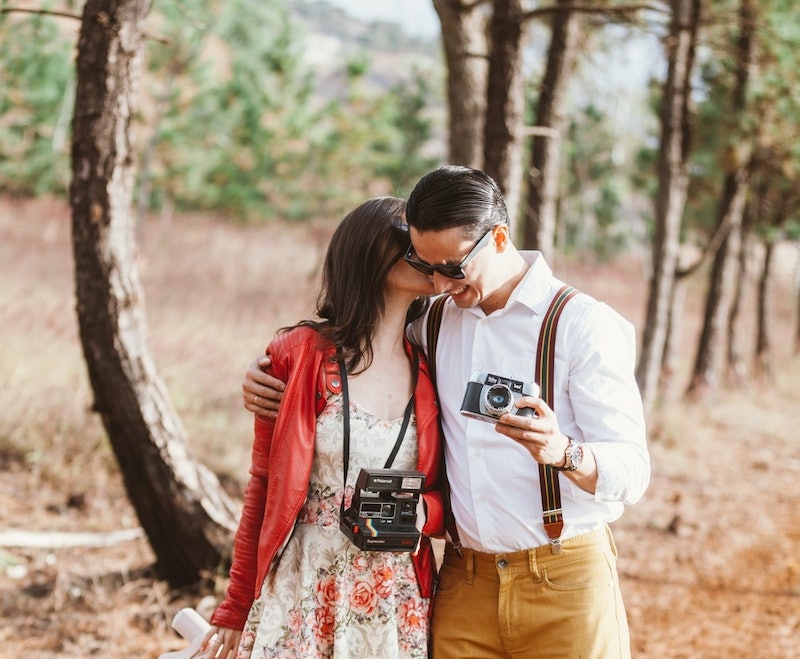 When it comes to dating, one of the best, and in my opinion most underrated, qualities a date can have is an ability to actually listen and comprehend the things you tell them. Who really likes having to repeat simple things about themselves over and over again? The thing is, we're always being told just how important communication is in forming healthy relationships, but knowing how to effectively communicate your needs and what you have to offer just one part of the equation. Knowing how to listen and read cues is the other. And as a new study published in the journal Science of Nature found, being a good listener is actually a really attractive trait to have, especially for men looking to attract women.

"Listening is the way you actually connect with people," Dr. Jennifer Rhodes, licensed psychologist and founder of the bi-costal consultancy, Rapport Relationships, tells Bustle. "When people talk to someone whom they feel takes the time to listen, they feel safe and understood."

Researchers from the University of Melbourne were inspired by Charles Darwin's theory on mate choices and sexual selection. So using moths, Professor Mark Elgar from the University of Melbourne and colleagues observed how insects communicated to see how communication played a role in attraction. They found that female moths release a small amount of sex pheromones in order to attract the best quality males out there. In this case, males with large enough antennae to actually detect the pheromones were prime choices. Reaffirming Darwin's theory, researchers found that males with larger antennae were able to pick up on the pheromones, while males with shorter ones were not. So basically, males who are better at detecting and responding to signals given out by females are seen as being more attractive and have a better chance of finding a mate.

As Elgar said in a release:

"Darwin proposed that sexual selection can favour males who are better at detecting and responding to signals from females, including chemical signals like pheromones. So males with sensory structures that can better detect female signals may have the edge in finding them in order to mate and pass on their genes.”

While this study was obviously done with insects, the same Darwinian theory could also be applied to humans. Medical Daily makes the case that it’s not surprising that female humans would be attracted to good listeners who pick up on cues and flirting.

Nobody really likes repeating themselves or having to state over and over again that they're attracted to someone, so listening and knowing how to read signals are definitely some of the more understated attractive qualities to have. But don't think it only applies to dating or relationships.

And It Goes Beyond Dating & Relationships

Having good listening skills is not only important when it comes to romance, but in every other aspect of your life. "We all see things from different perspectives and the only way to come together is to listen to the other person," Rhodes says. "Successful people are not the ones charming the room, they are the ones who listen and follow-up with the conversation on a topic the other person enjoys. Other people find them more interesting and charming even though they didn't say a word."

I've been on dates with guys who've forgotten the answer to where I'm from within 10 minutes of telling them the first time. Truth be told, I'd kind of check-out after that. But I'm always impressed by the ones who mention something that we've briefly touched on through messaging or on a previous date. When someones cares enough to pay attention and remember these things about you, it never fails to make you feel even just a tad bit special. So if you're looking for a quality partner, find someone who listens and pays attention. According to Darwin, that's the way to go.