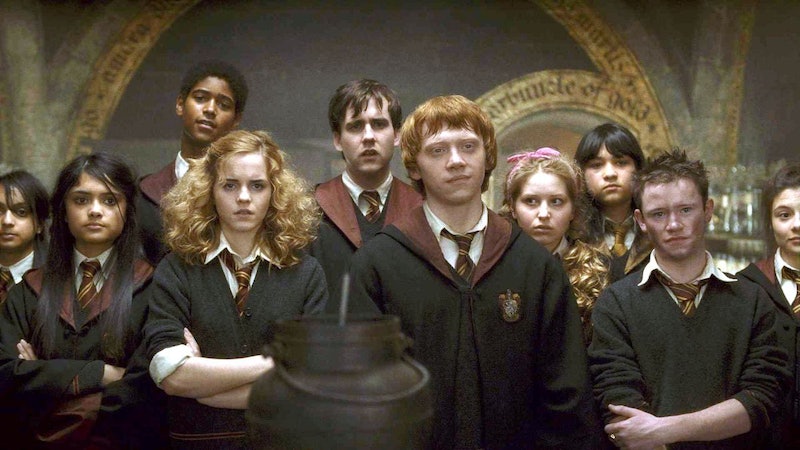 Like most of us, I came to Harry Potter as a child. Or, well, I guess preteen would be more accurate. I remember the exact day, in a Barnes & Noble, when my mom picked up a paperback of Harry Potter and the Sorcerer's Stone and handed it to me.

"I read about this in the newspaper. It's supposed to be really good. You should check it out," she said.

I was 11 years old myself at the time, the same age as Harry and his classmates. It was the year 2000, just before the release of the fourth book in the series, Harry Potter and the Goblet of Fire. Thankfully, I picked it up and began to read. I would be back for books two and three before long. And I would be there that July 8th morning, waiting in line to get my brand new copy of the fourth book. And that was how it would be for the next seven years and far, far beyond.

You don't need me to tell you what Harry Potter has meant to me. So many people have spoken about this subject in ways both hilarious and heartwarming, eloquent and meaningful. The books have wholeheartedly shaped me into the reader, writer, and person I am today and I still love and obsess over this series as much as I did seven years ago. But the thing that I think has affected me even more than what's on the page, was being sorted into Gryffindor House.

I had taken tons of fan made Sorting Hat quizzes before being sorted "officially" by Pottermore back in 2011. I have never been one of those people who identified with multiple houses, or who got sorted into one house when they knew in their heart that they were truly another. Every single time I've taken a sorting quiz I've been put in Gryffindor, and every time I thought, "Yeah, that's about right." So, let's take another look at the characteristics of Gryffindor House J.K. Rowling shared with us in the first book:

Where dwell the brave at heart,

Their daring, nerve and chivalry,

So, it stands to reason that I would fully identify with the above, right? That I would be as brave as Harry Potter on his way to save Ginny Weasley from the basilisk, or wandering into a dark forest where his mortal enemy is waiting to kill him. But the truth is, I'm scared of a lot of things. I have phobias just like so many of us (cleithrophobia, or the fear of being trapped, is a big one for me) and anxiety inducing fears like long distance travel or going to the dentist. Even something as silly as a roller coaster, or a bee buzzing too close by, or a horror film can send shivers up my spine. I started to ask myself why, exactly, I was so keen on being a Gryffindor. Why did I fancy myself so brave and full of nerve when I knew that wasn't always the case?

I was talking about exactly this with a friend over dinner one day not too long ago (as a Potterhead does) and she reminded me of this piece of mind-blowing information: The House characteristics are not necessarily what a person has, but what a person values. Maybe being a Gryffindor doesn't mean you always have to feel brave. Maybe it just means that you try every day to do the bold thing. To fight for justice and chivalry. To push yourself beyond your comfort zone.

Now I can truly see myself in so many of my fellow Gryffindors. Ron, who is terrified of spiders but goes into the Forbidden Forest anyway; who is petrified of Snape but calls him out on his bullshit. And Neville, who was timid and called useless, but who wins Gryffindor the House Cup by standing up to his friends; who was the only one in the crowd to step forward against Voldemort, who killed Nagini and helped defeat him. And even Harry, who didn't know whether he should follow Hagrid out the door that stormy summer night, wondering, for a second, if the known would be preferable to the unknown.

These people whose first instinct may not always be bravery, but who always get there eventually? These are my people. And being a Gryffindor has been a reminder every day to see past fear and uncertainty to do what is right... both for myself, and the world around me.