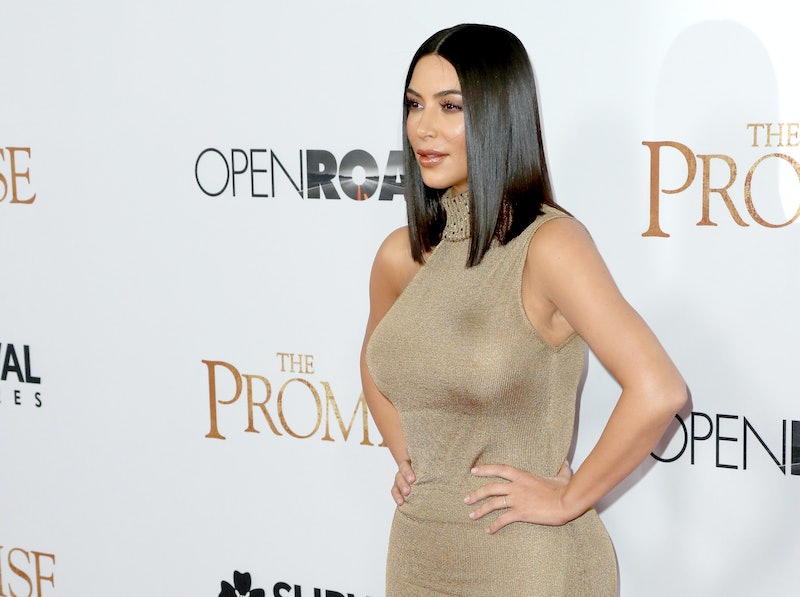 Kim Kardashian had her youngest two children, Chicago and Psalm, via a surrogate. But the reason why Kim Kardashian can't have more children might not be something that everyone knows offhand. The 39-year-old has been open in interviews and on Keeping Up With the Kardashians about previously suffering from the pregnancy condition known as placenta accreta. The American Pregnancy Association defines the condition as one in which the placenta, which normally attaches to the wall of the uterus, is too deeply attached to it.

This can lead to issues for both mother and baby, with the baby being at risk for a premature delivery and other complications, while the mother may end up "hemorrhaging during manual attempts to detach the placenta" to such an extent that it threatens her life.

When asked about her second pregnancy, Kardashian told C Magazine:

I had this condition called placenta accreta. There were a couple of little operations to fix all that, so that created a little hole in my uterus, which I think made it really tough to get pregnant again. It was a long road. I would go to the doctor in Beverly Hills every day at five in the morning to get tested to see if I was ovulating. I was trying everything.

She spoke about the ordeal in more detail on her blog in 2015, explaining that after inducing labor “the placenta usually comes out. Mine did not.” She continued, writing:

My doctor had to stick his entire arm in me and detach the placenta with his hand, scraping it away from my uterus with his fingernails. How disgusting and painful!!!...My delivery was fairly easy, but then going through that—it was the most painful experience of my life!

She explained that she still had to have surgery to remove the piece of placenta that had still remained inside her, and then another operation in order to remove the scar tissue so she could potentially get pregnant again. In the same blog post, she revealed that her risk of having preclampsia and placenta accreta were increased after the issues from her first birth and described her mood, stating her "anxiety [was] a little high leading up to my delivery [of Kardashian's second child, Saint]."

Kardashian also revealed in the same blog post that, during her pregnancy with North West, she also suffered from preeclampsia, which according to livescience.com "can have body-wide effects and puts women at risk for serious complications, including seizures, liver and kidney damage, and even death."

During a 2017 episode of Keeping Up With the Kardashians, the star revealed she had been warned by doctors that a third pregnancy could constitute a high risk. "I have to have a surgery on my uterus to kind of repair this hole, so they need to like clean that out and then there’s scar tissue," she told her family.

On the same episode, she confided, "Kanye is just happy the surgery is over and that I’m fine. I know he wants more kids though so we are going to explore our other options." When asked if she would consider a surrogate, she replied, "I think that’s what we are going to try. It’s so frustrating." She went on to have two more children via surrogate in 2018 and 2019.

This article was originally published on June 21, 2017