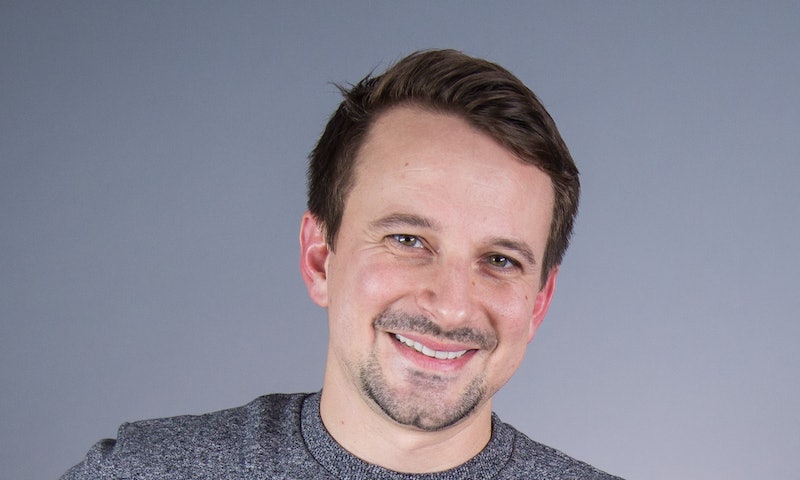 Folks, I’m sorry for the delayed entrance to the Bustle recap party, but I’ve had a busy few months. A Paradise dream wedding, a pregnant Carly (baby girl being released in 2018), and a televised ultrasound have really kept us busy. (Also, screw you ultrasound haters. My daughter is a diva, and she deserves all the screen time she can get.)

Bachelor in Paradise is my favorite show, because, you know, I found the love of my life on it — but this season has been like the love child of a dumpster fire and a train wreck. The pace is awkward, the relationships are strange, and I still don’t know half of these peoples names. And, to top it off, it’s like Bachelor in Paradise: Mean Girls Edition. For some reason everyone has decided to pick on sweet Christen and her love of seafood. But, her dining habits should be an inspiration to us all, and if there’s going to be drink limitations for the cast, then why the hell wouldn’t you just eat your feelings all day? Love you, Christen. I love Jasmine, too. She is an unapologetic bundle of stress that deals with it by lashing out. I don’t love how she treated Christen, but I’m a sucker for drama and the way she handled Matt leaving and then returning to give her his rose was epic.

It's not all drama though; there are a few budding couples this season, but they're getting, like, zero screen time. Derek and Taylor are really sweet and probably have really normal conversations, so naturally we're not seeing any of it. Robby slowly won over Amanda. It appears that she’s learning how to navigate this whole dating on TV thing, and I’m proud of Robby for being persistent.

And then, of course, there’s the Dean, Danielle L. (D-Lo), and Kristina bizarre triangle of love and lies. If you didn’t notice, I’m not a fan of TV Dean and the popular tide of positive sentiment people had towards him has taken a dramatic 180. He could’ve showed up and done literally anything other than what he’s doing now and everyone would still love him. Sleep on the beach, play with crabs, get in a bro fight, ANYTHING other than mess with America’s favorite Russian. Yes, Dean is young but he’s basically thrown any chance he had to be the Bachelor into a black hole of rotten rose petals.

I’m glad people are watching Dean’s behavior — albeit at the expense of Kristina’s mascara — because maybe this will teach everyone what is actually going on when a potential suitor butters you up with all the “right words” but builds in a way out. Phrases like, "We are moving too fast," "I’m not sure how I feel," and "I need some time" are all giant red flags for any girl or guy navigating the dating waters of Paradise — or even just of Tinder and Bumble.

Tuesday night, Dean somehow thought it was fine to hook up with Kristina and then make out in a pool with D-Lo the very next day. I’ve long maintained that reality TV is very much like real life, and this situation is no different. If a guy (or girl) blows you off the night after you hook up — IT’S NOT GONNA WORK OUT. EVER. This behavior happens every day in the real world, we just don’t get to see the absurdity of the other side like we do on Paradise. Thanks Dean (not really), for being so aloof that you think you can get away with this behavior and not have millions of women (and me) come after you.

Speaking of problematic Paradise men, Daniel showed up Tuesday night. While I sometimes really love him, I almost always hate how he treats women. He saunters into Paradise and then proceeds to objectify all of the girls calling them "leftovers" and "scraps." I know I’m a man writing this, but I don’t care if you’re a man, woman, gay or straight — you deserve better than to just be someone's option.

Even stranger is that no one questioned Daniel's behavior. People were thrilled to have the “Crazy Canadian” back even if it meant being treated like crap. I just want to give Lacey a shot of self-confidence or something and then have her go back and smack Daniel for acting like a fool. I love him in person, but sometimes I feel like Daniel is just messing around, trying to play a "character" he thinks people like — but other times I can’t tell if that's just who he is.

Anyway, enough with these "f word boys," let's talk about Wells — my Bachelor Bestie. Where would we be without his hilarious antics this season? Nowhere. That’s where. I laugh every time he’s on screen and he seems to be one of the few who can balance poking fun at people without being mean. I love him and he should be the Bachelor — if he’s not with Danielle M. (I wish I could give y’all the inside scoop on this, but I think Bachelor in Paradise would stop following me on Twitter and I can’t risk that.) Either way, Wells would make a unique and fun Bachelor, so please vote for him. (You can’t actually vote for him but you know what I mean.)

I’m excited to see how the next couple of weeks shape out. Despite all the Dean and Daniel drama, I’m hopeful the show can keep the streak of successful couples coming out of Paradise going, but, with the shorter filming schedule, the Paradise water didn’t have as much time to do its magic. I hung out with Taylor (and a bunch of alumni) last week, and she is delightful in person. I hope she and Derek work out. And, Amanda and Robby can pursue all of their Instagram dreams together; I think that’s a match made in heaven. Maybe there’s even a possible third couple, like Tickle Monster and Christen, who can win our hearts.

There’s just no way in hell Dean and [insert contestant name here if he ever actually chooses] work out, because he is clearly not ready for a relationship. I genuinely hope he grows from this and takes away positive lessons from Paradise instead of focusing on the mountain of negativity that I’m sending towards him. After all, he is only 26 and everyone on Paradise deserves a second chance. He just needs to do a little growing up first.