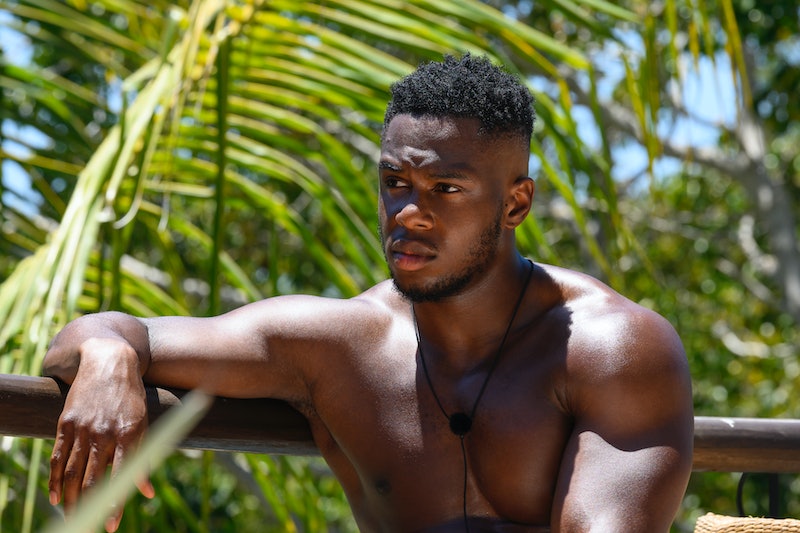 Courtesy of Netflix
By Rebecca Fearn
May 8, 2020

So the Too Hot To Handle reunion show just dropped on Netflix and there was plenty to unpack, from Rhonda's emotional moment to Harry's Ring Pop proposal. But honestly, perhaps the most iconic part of the 40-minute special was during the interview between British star Kelz Dyke and 2H2H host Desiree Burch. Spoiler: some serious flirting went down. There is no doubt that Desiree and Kelz were the true heroes of the 2H2H reunion.

The short interview with Kelz centred around his role as the group's 'accountant,' due to the fact that during their time in the Mexican villa, Kelz was very strict with his fellow housemates when it came to breaking the rules and thus costing him (and the group) money. The reality star has become famous for his hilarious facial expressions, clearly unable to hide his ample disapproval anytime Lana revealed another couple had lost even more money from the prize fund. And to his credit, he also practised what he preached: he resisted all sorts of temptation during that shower scene with Francesca.

However, what really stood out during his time on the reunion show was the level of sexual tension between him and Burch. She may have not been a familiar face, what with being the voice of the show, but as a talking head on the reunion episode, it feels like we've known her all along.

When Kelz was introduced, the two shared a few seconds of silence as they looked at each other cheekily, where Desiree also bit her tongue suggestively. Kelz reacted with a chuckle, before Desiree said: "You are now world famous for being the accountant, now most of the accountants that I've ever worked with do not have a six pack and pecs like that." "I'm the new generation of accountant," the London-based star replied.

The pair then went on to discuss the moment of the series when Kelz managed to resist Francesca's temptations whilst naked in the shower. Kelz explained, "I was so close to blowing the rest of the budget," before Desiree gave a suggestive laugh. "It was hard, it was very hard," he continued. Burch questioned further: "Was it very hard?" "Extremely hard," he replied, before asking "Desiree, are you flirting with me?"

Later in the interview, Kelz explained that he had had offers from women all around the world to be his 'baby mumma,' including those from China, Canada, and Brazil. (Brazil. Brazil.) It's fair to say he's a fairly lusted-over guy, and I think Desiree would agree... I ship it #Kelziree.