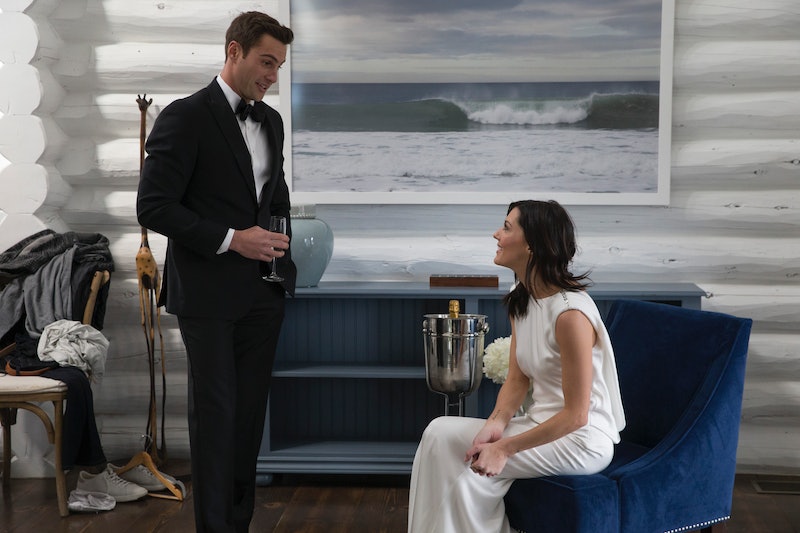 As far as contestants go, David has had a pretty rough go of it on The Bachelorette this season. He made a huge entrance on night one in his chicken suit, but the other guys found plenty of opportunity to mock him for it. And last week, he fell out of bed and hit the tile floor face first, landing him in the ICU. But when he made his triumphant return to the Bachelor mansion, it seemed like he definitely had Becca's attention — or did he? On Monday night, his luck got even worse. But why did Becca send David home? Weren't they just hitting it off last week?

Unfortunately, it seems like his relationship with the other guys in the house may have had something to do with it, and so did Becca's growing feelings for other guys. As soon as David and Jordan's feud began earlier this season — and definitely heated up as soon as David got back from his hospital stay — it seemed inevitable that their fight would come to a head sometime, and what better way to get everything out in the open than during the dreaded two-on-one date? Not only did it give Becca the opportunity to get to know them both a little better, but it also gave her the opportunity to realize David wasn't the right one for her.

From the minute David and Jordan left for their date, the tension in the air was real. Both guys were convinced the other was being sent home, but little did they know that Becca would send them both packing. She started their day together attempting to have fun, but things quickly went downhill. And by the time Becca eliminated David, it was clear that it was just something she had to do.

When Becca and David had their chance to talk one on one, instead of using the time to try to get to know her better, he immediately took the opportunity to bring up why Jordan was there for the wrong reasons and why he should leave (a tactic that any Bachelorette fan can immediately recognize as a Very Bad Idea). It may have helped Becca realize that Jordan wasn't the one for her, but unfortunately, it also meant that she ended up realizing things wouldn't work with David, either.

When Becca was able to confront both of them together, it basically turned into a massive argument between Jordan and David that was a lot like the way they've fought all season long. And in the end, Becca realized that David was not the right guy for her. This was mostly because she obviously didn't feel a connection with him, but could anyone deny that it had at least a little to do with the way he handled himself on the two-on-one date? It must have.

Unsurprisingly, David didn't take the rejection very well, although he probably would have felt a little vindicated if he'd found out that Jordan ended up getting sent home a few hours later.

"Jordan doesn't care about anybody other than himself and that's really what pisses me off," David said. "He's an narcissist through and through. It's really really disheartening to know that she definitely chose a boy clown over a quality guy with a big heart."

Considering how seriously Becca's been taking The Bachelorette this season, it's no surprise that she wasn't messing around when it came to the two-on-one, either. The remaining guys should definitely take note: If you aren't who Becca's looking for, your days are probably very numbered. Just ask Jordan and David.