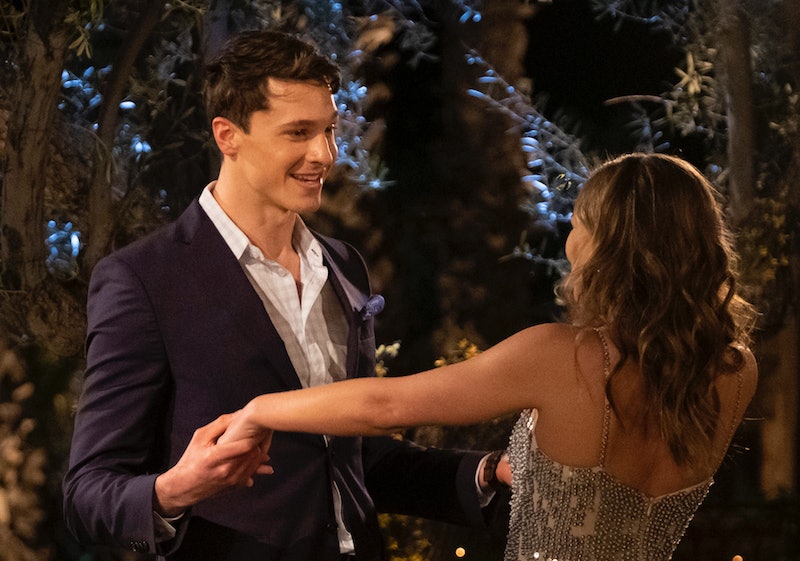 Now that the contestant pool on The Bachelorette is getting smaller, Hannah is saying goodbye to more and more of her men — especially since hometown dates are happening next week. And unfortunately, that means Connor S. went home on The Bachelorette on Monday night. Frustrated that he didn't get a one-on-one this week, Connor went to Hannah's hotel room to check in and confess his feelings for her, but sadly for him, Hannah just didn't feel the same way. Her other relationships were stronger, and so she no longer felt like she could keep Connor around. She simply didn't see a future with him.

Ultimately, it seems like Connor went home for the same reason a lot of the men have gone home this season — and on every other season of this show. There are a lot of men on The Bachelorette, and Hannah couldn't possibly have enough time to get to know all of them, especially one one contestant (ahem, Luke P.) has been dominating so much of her time and attention. Of course Hannah is gravitating toward the men who she feels the strongest connection with, and it was only fair of her to send Connor home if she knew she wasn't feeling it and never would be. Stringing him along would have been cruel.

But knowing that didn't make it any less brutal to see Connor get his heart broken, and that's exactly what happened when he went to see Hannah in her hotel room. He told Hannah that he was starting to feel like he might be falling in love with her and wanted to see where their relationship could go in the future. Hannah admitted that him coming forward had been exactly what she was looking for out of her men, but unfortunately, it wasn't enough to convince her they could have a real relationship after all of this.

"There's nothing bad about our time together. It's always good," Hannah admitted. "But there are other relationships that I have stronger feelings with, and I guess when I'm looking at the end of this thing and having to make these really hard decisions, and I don't know if I can see it."

Instantly, it was easy to see the disappointment in Connor's face — he really didn't seem to have imagined this would be a possibility. "It sucks to go do something that's definitely out of my comfort zone and have her tell you basically, 'It's too little, too late,'" he said as he was in the limo on the way to the airport. "We had a powerful connection early on and it's hard to keep that momentum going at the same rate on group dates."

Even though it was the right thing for Hannah to send Connor home, it was still sad to see him go. But now, she's one step closer to finding out who she's really meant to be with, and Connor is free to find the right person for him, too.