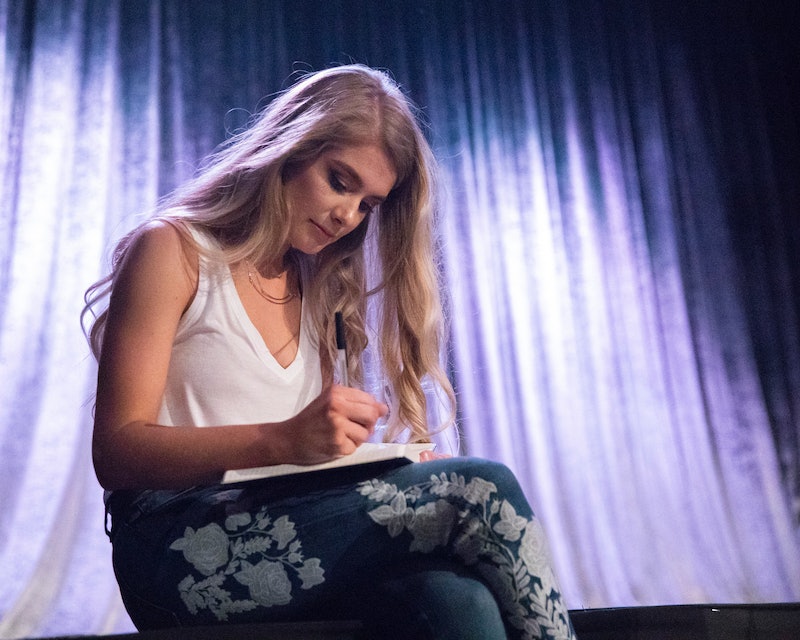 There comes a moment in every Bachelor contestant's life when the inevitable happens — they have to go home. Only one woman gets to stay when it's all over, so that means that The Bachelor is really the story about 29 breakups and plenty of tears. Demi has been one part villain, on part voice of reason for Colton's season of The Bachelor, but it seems like her time on the show is now over. Why did Demi go home on The Bachelor? Her reasons for leaving are two-fold.

Born and raised in Texas, Demi explained in the premiere episode that she grew up with her dad and stepmother because her mother couldn't provide a "stable" hone. That's because her mother wass in jail, per Demi, for embezzlement and fraud. She was supposed to get out of prison around the time Demi was on The Bachelor, and the stars aligned for her release — so much so that Demi and Colton were able to talk to Demi's mom on the phone for a few minutes during the cocktail party in Vietnam. Colton is too nice to refuse, well, anything, so it wasn't the most comfortable of conversations, but it was nice of him to get it in for the cameras. But it seemed like they were bonding.

Demi was disappointed in the Feb. 11 episode because she hasn't yet had a one-on-one date — Kirpa got the latest one, leaving Demi between a rock and a hard place. Colton just didn't make her a priority, and, despite her attempts to talk to him and make fetch happen between them, Colton's feelings for Demi were just not as advanced as they were for women like Cassie and Hannah G. It's not at all unexpected, because Colton is dating 30 women right now, and he can't feel the same about all of them. But the difference between Demi and say, Sydney, who also left in the Feb. 11 episode, is that Sydney knew herself well enough to cut bait. Sydney wasn't getting what she wanted from Colton, and she had the self-actualization to know that this man wasn't feeling her. Time to go home!

Demi, on the other hand, pressed Colton a little bit more. It's not to say that Demi doesn't know herself, but maybe she just didn't read the signs as well as Sydney did. She even went back to Colton's room to try and talk to him and tell him that she was falling in love with him. "You continue to make me feel special," is what Colton said back, which, yeesh. If you don't get a one-on-one date, well, he's not making you a one-on-one priority. It's just that simple. It's hard to get to hometowns if you don't get a one-on-one, and ultimately, Colton sent Demi home.

She went back to the girls' room where she told both of the Hannah's what had happened and said that she was heartbroken given that she had told him how she felt and bared everything — she even "introduced" him to her mom! — and he still sent her home. Demi said that she felt like no one would ever love her or that she would never be "enough" for a man, which couldn't be further from the truth. There are plenty of fish in the sea, Demi! Colton doesn't know what he's missing.

For now, it's time for Demi to head back home to Texas and figure out what she really wants, be it a virginal former NFL player or some serious Instagram sponsorship deals. If I were a betting woman, I'd say Demi earns the latter, and also a place on Bachelor In Paradise, should she want to fly down to Sayulita, Mexico, for some more fun and drama in the sun.