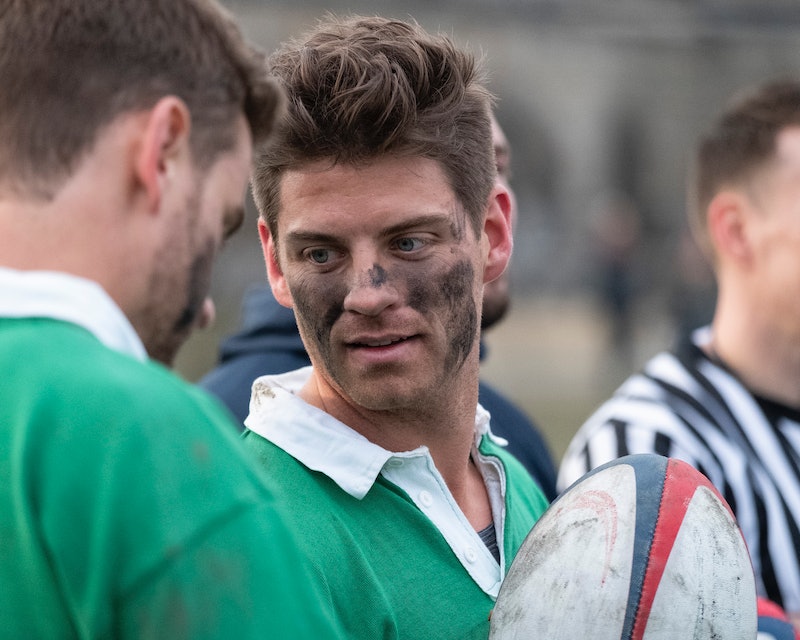 Garrett's time on The Bachelorette had been pretty uneventful until last week, when his naked bungee jumping date with Hannah sent Luke P. spiraling. He then let himself get sucked into the ongoing drama, which ended up being the start of an unfortunate series of events that ultimately got Garrett sent home on The Bachelorette during Monday night's episode. Pour one out for the last remaining contestant who was willing to openly troll Luke P.

Garrett's elimination came about after, predictably, Luke P. brought up some of the other guys in a negative way during his time with Hannah. This prompted Hannah to ask the rest of the men what was going on, and why people still couldn't seem to get along. Once Garrett and Hannah were alone together, he aired some of his grievances with Luke and said that he was going to stand up for himself when antagonized. He also let Hannah know that it's frustrating for everyone when all the focus is on this one troublemaking guy, and not on the relationships the rest of them are trying to form.

"It's the Luke P. show right now, still. It's not fair for our relationship, and it's not fair for anyone's relationship with you, and we're all just frustrated," he told her, though he added that he wasn't at all upset with her for asking about it. Garrett went on to pretty openly antagonize Luke P., because why not? He's obviously been causing tons of problems this season — Garrett probably had the mindset the rest of the viewers at home did, and just wanted to mess with him a bit.

Later that night, Garrett even told Hannah that he was in love with her, and he was extremely confident he was getting a rose. But come time for the rose decision, Hannah made the inexplicable decision to keep Luke P. around. I know, I know. Everyone take a big swig of wine.

Though throughout the season, Garrett hasn't necessarily been a frontrunner in the same way, say, Tyler C. has been, he'd still caught some fans' eyes by the time he went home. He'll surely be missed, even if just for the fact that he knew exactly what buttons of Luke's to push in order to make him mad.

And let's not forget the devastating line Garrett delivered to Luke P. last week amid their completely unnecessary fight — they both should've just avoided one another, but hey, it gave us this gem:

In the end, it was probably the feud with Luke P. that solidified Garrett's fate. Hannah's been frustrated all season with the many contestants who've spent more time fighting with one another than getting to know her. Garrett wasn't necessarily the instigator of the drama that ultimately sent him home, but he might have been better off to let Luke P. implode on his own, instead of engaging him and therefore causing Hannah to be frustrated with them both. On the other hand, though, Luke should've been sent home weeks ago based on his own actions, so maybe Garrett couldn't stand by any longer.

Of course, this might not be the last we'll see of Garrett — there's always the chance that he ends up in Bachelor in Paradise with some of his former costars (Kevin, Cam, and John Paul Jones have all been confirmed as part of the Season 6 cast). Maybe that format, which would give him more potential matches and slightly less competition, allowing him to focus on himself and his relationships, would be a better fit for Garrett.