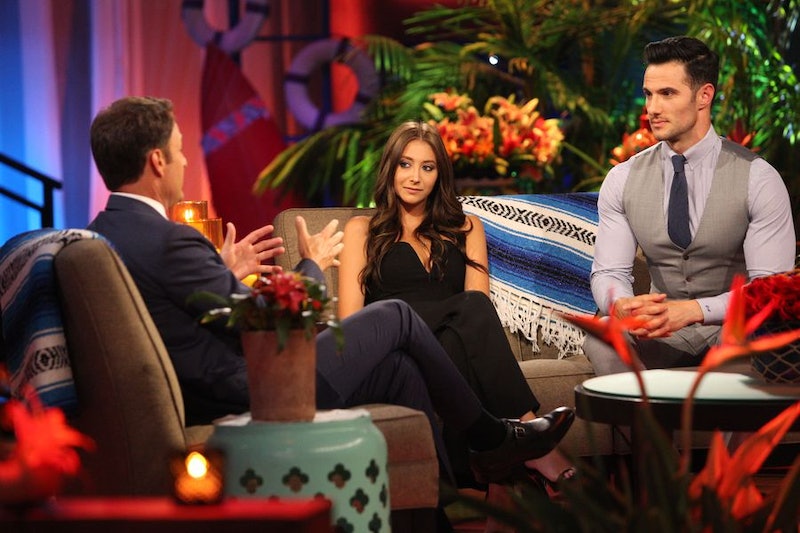 As we've seen in seasons past, Bachelor in Paradise can occasionally be a really great way to meet your soulmate — just ask Jade and Tanner or Carly and Evan. But sometimes, it just doesn't work out, and unfortunately, that's the case for Lacey and Daniel. Although they definitely seemed to hit it off while they were still in Mexico, ultimately, they just couldn't make it work. But why did Lacey and Daniel break up after Bachelor in Paradise?

Both of them started out in Paradise on the same bad foot — neither of them immediately found anyone they felt connected to, and more than once Lacey felt threatened with a possible exit when the rose ceremonies rolled around. But once they found each other, it seemed like they were meant for each other... but as it turns out, they actually weren't. When the time came for the couples to decide whether or not they wanted to go to the Fantasy Suite or leave Paradise single, they decided to spend the night together. And over wine, they even admitted that they're falling for each other and want to be exclusive. So what possibly could have gone wrong?

As it turns out, a lot — at least, according to their interview on the after show.

Even though it seemed like they were solid going into the Fantasy Suite, everything went downhill afterward... fast. When Lacey got her turn to chat with Chris Harrison during the post-finale show, she admitted that something didn't feel right when he told her that he was in love with her, and telling that to Daniel led him to admit that he lied. According to her, she claims he just strung her along long enough to keep himself on BiP, which would be seriously uncool of him if true, especially since she had real feelings for him.

When it was Daniel's turn to talk, though? He told a completely different story, which means Chris had no choice but to go to the video evidence. In a clip from the morning after their date, Daniel was filmed talking to a producer, where he revealed that she liked him more than he liked her... and that he'd "never change my Facebook status to 'in a relationship with Lacey'" even though he just told her he would.

As Daniel explained, he said he couldn't stay with her because he didn't see himself marrying her... even though he avoided spending time with her after the show was done filming, which sparked a brand new argument between them right there on stage.

Essentially, the entire confrontation was a disaster, which tells fans all they need to know: Lacey and Daniel are done, and it is unquestionably for the best. It's OK, guys. Lacey will find someone who deserves her, and... maybe Daniel will grow up a little bit. Hopefully? Fans can dream.