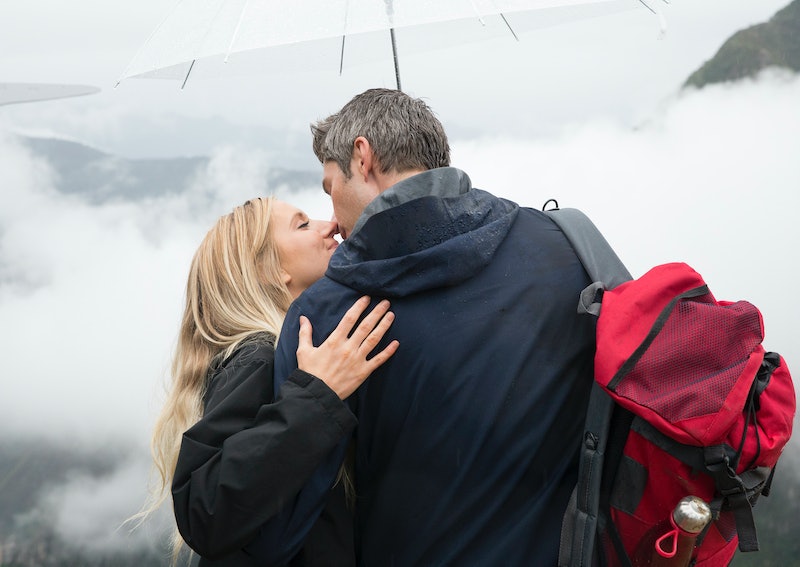 Now that The Bachelor has come to an end for the season, we can probably all agree that the finale has been quite a rollercoaster. Since filming ended, Arie has ended his engagement to Becca and is now with Lauren, and we can't help but wonder what his new fiancée is thinking. Why did Lauren take Arie back, knowing that she was, at first, his second choice? The whole situation is pretty mind boggling to think about.

When filming was still going on, Becca was Arie's first choice — as far as anybody else (probably including Lauren) knew. He gave her the final rose and that Neil Lane ring, and it seemed like a forgone conclusion that they were going to live happily ever after. But, as we all know now, he ended up changing his mind and realized that he'd made the wrong choice. And then, when he let Lauren go, it was pretty brutal to watch. Lauren was obviously totally blindsided and heartbroken, and it was terrible watching her get in the car and leave, sobbing about what had just happened.

Not everyone would have given someone another chance after that, but Lauren did. But why?

It seemed like Arie wasn't ever quite as sure about ultimately choosing Becca, and that feeling never changed, even through the time that followed filming that he spent with her during their Happy Couple visits. Part of his heart was with Lauren the whole time, he said, so that could have contributed to why Lauren was able to forgive him. When he went to Lauren's house to talk to her, at first, she didn't seem 100 percent convinced that it would be a great idea to take him back.

"When Arie first reached out, I was a little angry, honestly, because I thought he was only doing it to get closure for himself," she said. "So, while I’m happy to see him before moving forward, I definitely have a bunch of questions that I want to ask him."

In fact, the breakup was so hard for her that she had to go stay with her family for awhile to get through it. She added:

And the fact that I lost you on the day that you got engaged, it was really tough for me to accept that and just know that there was no chance of that ever changing. It was… crushing me.

But ultimately, she told him that she forgave him, because in the end, she was hoping that exactly this would happen. She's probably not alone in that dream, either; who hasn't wished that someone you loved and lost would come back asking for a second chance? Especially if you'd started planning to share the rest of your life with that person and had fallen in love with him in the pressure cooker that is The Bachelor.

Time will tell if things will last between Lauren and Arie, but getting back together with him was her choice to make and no one else's. If you want to be angry, direct that anger at Arie, who was in the driver's seat. And in the end, both Lauren and Becca deserve to be happy, regardless of who they are or are not with.