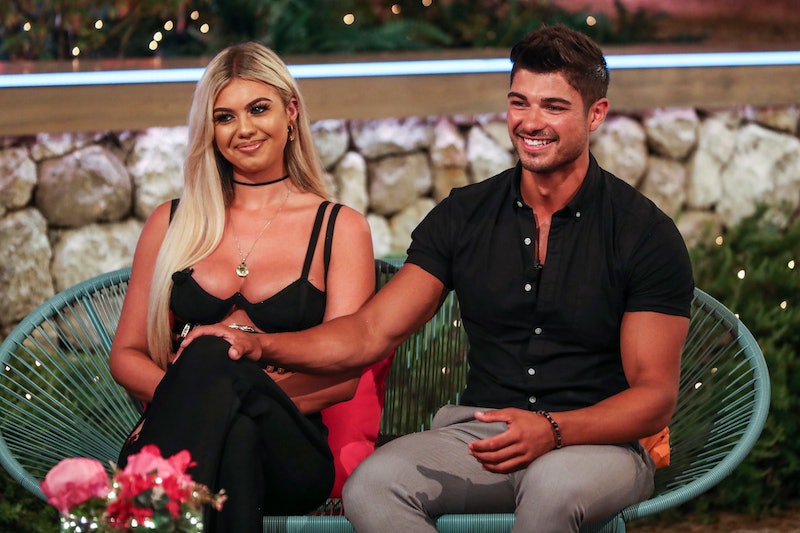 With the leaves turning orange and pumpkin spice lattes back on menus everywhere, autumn has officially hit. The long hot summer evenings are long go and the Love Island finale is now a distant memory. Islanders have been super candid about how tough sustaining a relationship can be outside the villa when you’ve got brand deals coming in and TV and club appearances to attend. With all this in mind, it seems another Love Island 2019 casualty has occurred. Why did Love Island's Anton and Belle split up? The pair who made an instant connection as soon as Hassan walked into the villa and made it all the way to the final seem to have parted ways, marking the end of their summer of love.

Danyluk was one of the OG cast members on Love Island 2019 and while it took a little while to get used to his banter, it was so clear when Hassan walked in they were a match made in villa heaven. So, fans were devastated to find out that they’d reportedly split just five weeks after meeting in the Love Island villa.

I reached out to representatives for both Danyluk and Hassan to find out more details about the situation. I am yet to hear back but will be sure to update you when I do.

It was Hassan that first sparked rumours that she was no longer seeing her Love Island beau when she posted a quote to her Instagram stories. It read, “Know your worth. Know the difference between what you’re getting and what you deserve.” Really sending out those subliminal messages.

At the time Danyluk had been flown out to Ibiza by his friends to party for his 25th birthday at O Beach Club and be reunited with one of his favourite people, Craig David.

A source told the Sun, “Anton is such a massive fan of Craig's and who [would] turn that down, he is his idol. His friends organised everything and it was the best surprise.”

Fans noticed that Hassan hadn’t joined Danyluk and his friends and, speaking about their relationship, the source said, “Anton always made it clear to Belle that he wants to take things slowly. They were just seeing how things went, as far as Anton was concerned, it wasn't a proper relationship as he's been at home in Scotland and working so much he had no free time.” The source continued:

“He gets back from Ibiza today but he and Belle mutually decided over the phone that they're better off just being friends moving forward. Anton is happy to remain single at the moment as he is so busy, he can't commit to anybody right now.”

On Sept 5. Hassan posted a boomerang onto her Instagram stories with “No Guidance” by Chris Brown and Drake playing over the top. With lyrics like, “I don't even wanna go back home, hopefully, I don't leave you on your own,” and “all your stupid exes, they gon' call again” fans suggested it might have been a pretty interesting choice of song considering Danyluk had just left Ibiza.

Whatever is happening between Hassan and Danyluk, it’s always so sad when islanders who seemed meant to be end up parting ways. I’m sure they’re going to have a ton of success outside the villa and who knows? New romances may be on the horizon.