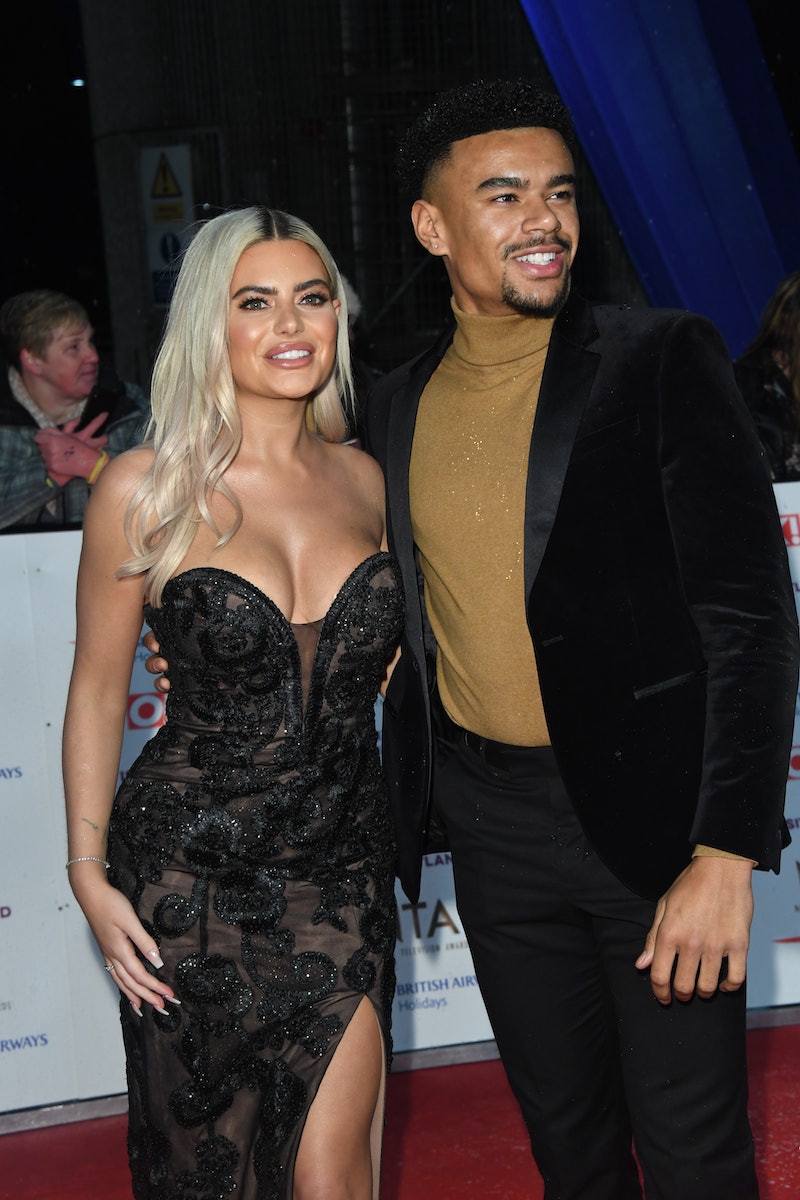 They found love in the villa, and stuck together in the outside world — so why did Love Island's Megan and Wes break up? Megan Barton-Hanson announced her split from Wes Nelson via her Instagram story on Saturday, as Digital Spy reports, parodying Gwyneth Paltrow and Chris Martin's now legendary "consciously uncoupling" statement. Earlier this week, the pair looked as close as ever on the National Television Awards red carpet, while Barton-Hanson has been cheering Nelson on as he appears in Dancing on Ice. Why, then, did the couple decide to call it quits?

In perhaps one of the best celebrity breakup announcements in recent years, Barton-Hanson almost perfectly replicated Paltrow and Martin's separation announcement from 2014. "It is with hearts full of sadness that we have decided to separate," she wrote. "We have been working hard for well under a year, some of it together, some of it separated, to see what might have been possible, and we have come to the conclusion that while we love each other very much, we will remain separate."

Barton-Hanson tweaked the original ever so slightly: where Paltrow and Martin referred to their "two incredibly wonderful children," the Love Island star wrote, "We are parents first and foremost, to one incredibly wonderful hamster." And while Paltrow and Martin stressed the privacy of their relationship, Barton-Hanson nodded to the reality show on which she met Nelson, writing, "We haven’t really conducted our relationship that privately, and we hope that as we consciously uncouple and co-parent, we will be able to continue in the same manner."

Veering from the script in a subsequent story, Barton-Hanson added a sweet note about her former boyfriend. "In all seriousness, I am so grateful and so blessed to have found Wes, I will always love and adore him and I am so lucky to call him my best friend," she posted, adding, "We are both looking forward to moving on together as friends and supporting each other in everything we do."

Neither Barton-Hanson nor Nelson divulged the reasons for the break-up, though it's been a difficult month for the couple. Barton-Hanson criticised Nelson's Dancing on Ice partner, Vanessa Bauer, on Instagram, for what she called a "tactical breakup" with Bauer's former boyfriend as the live shows began. She added, "You've never reached out to me once or invited me to watch you train," saying that when she met Bauer, the skating pro "didn't even look [her] in the eye."

During an appearance on Loose Women, as Digital Spy reports, the Love Island alum explained, "As a woman, she should have reached out to me and introduced herself to me." She rejected critics' claims that she was insecure about her relationship with Nelson, saying it was "human nature" to be unsettled by the "romantic dances" on Dancing on Ice. She stressed that she would continue to support Nelson and Bauer on the show, however, and said that she was "resolving" her conflict with Bauer.

Barton-Hanson came under some harsh criticism from Dancing on Ice pro Matt Evers, who accused her of looking "a little bit sour" while supporting Nelson in the audience. Thankfully, Nelson came to his then girlfriend's defence, writing on Instagram, "Give the damn girl a break."

Notably, Barton-Hanson ended her breakup post with a statement of support for Nelson and Bauer, saying she'd continue to cheer them on from the Dancing on Ice audience. "Only one thing left to say," she wrote. "Come on Wes and Vanessa!" Looks like Megan and Wes will be keeping the details of their breakup private, then — and fans should probably refrain from speculation.