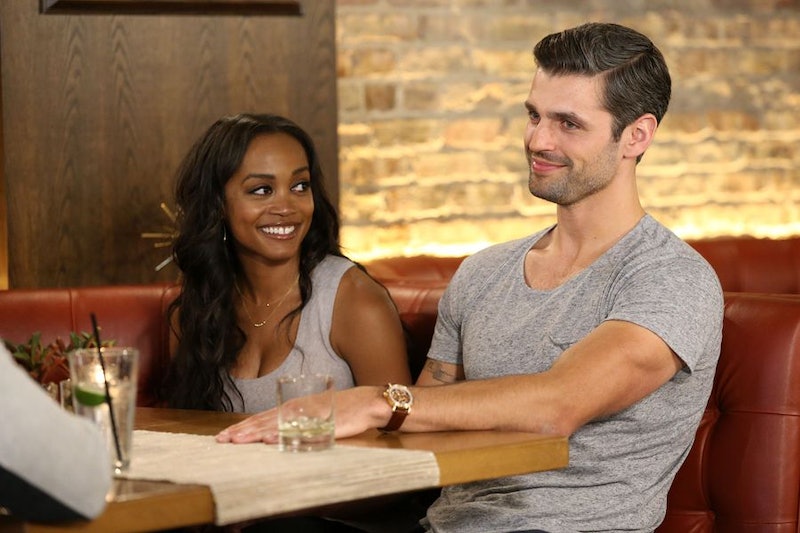 Guys, I have a lot of feelings about The Bachelorette. My heart hurts, and it's because Rachel and Peter just couldn't sync their wants and needs with each other. They are both in love, but Rachel wants a proposal yesterday and Peter can't give it to her. Rachel and Peter are both going to regret this Bachelorette indecision, and Twitter is here to tell Rachel what's what.

I personally don't know how Rachel and Peter couldn't reach a consensus on their relationship — Peter wanted to be with Rachel but couldn't propose, and Rachel wanted to be with Peter but needed a proposal. And they both said I love you, and ugh... I've been in conversations like that, where you both can't just compromise. It's so tough. That being said, I know that it's super hard to have a conversation like that, but when you do it on television in front of millions of people, those people are going to have some serious opinions. I also have some serious opinions, and I've been tweeting about mine all night. So has the rest of the country, and most of the people I've come across are mad at Rachel for leaving Peter behind.

Some Are Pretty Angry...

Some Are Mad That Bryan Could Just "Win" By Default

And A Few Want Rachel To Follow That Beautiful Man

I would like Rachel to go where Peter leads a la Gilmore Girls, but at this point, I'm pretty sure that it's not going to happen. But it's safe to say that I think Rachel made a mistake, and so do plenty of other people. Oh well. Best of luck to her on her journey for love?