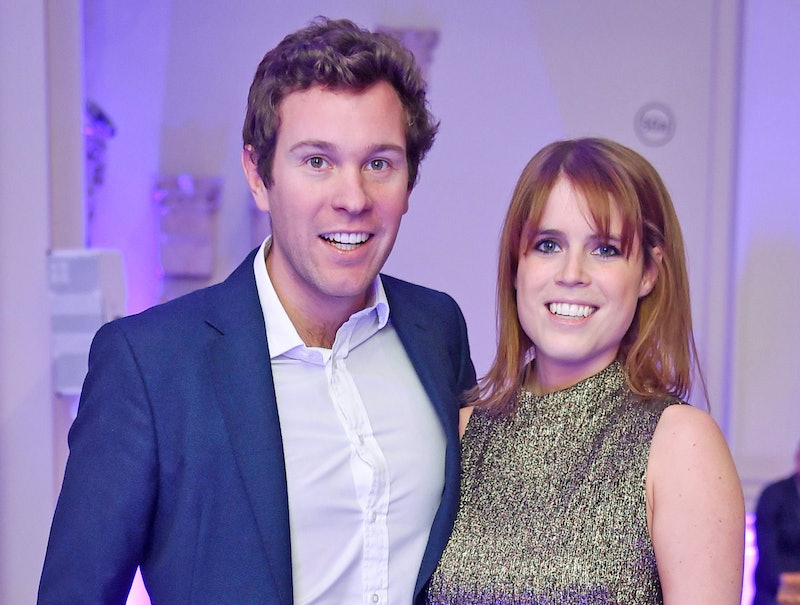 When Prince Harry and Meghan Markle tied the knot back in May, the whole world got to watch as it was aired lived on TV — and what a gorgeous day it was. Now, the nation is getting ready for its second royal wedding of the year as Princess Eugenie is set to marry Jack Brooksbank on Oct. 12. However, this one may be a little trickier to watch on the box as the BBC has declined to air it. But why did the BBC turn down Princess Eugenie's wedding?

According to the Mail on Sunday, the channel gave the princess' big day a polite no over fears that it wouldn’t draw in high enough audience figures. A source told the paper: "They turned it down because they don’t think enough people will tune in and that there isn’t enough support for the Yorks.

"The feeling at the Palace is that the BBC has dropped the ball. At the end of the day this is going to be a huge Royal Wedding, with all the senior members of the Royal Family in attendance. But nobody wants to take the risk and spend the money it would cost to put it on air."

Following confirmation from the BBC that it will not be airing Eugenie's wedding, the Internet has been pretty divided. While some seem pleased that taxpayers' money will not be used to air the big day, others are disappointed with the decision.

However, with such a mixed bag of reactions, I suppose it is impossible for the broadcaster to please everyone. But if the BBC isn't going to air the big day, how can people at home watch the proceedings if they aren't able to make it to Windsor.

I contacted a representative from the BBC who tells me that despite bosses' decision not to air the whole ceremony, "there will be news coverage of the wedding across our services."

Sky has also stated that it will be showing snippets throughout the day. Meanwhile, the Daily Mail has reported that ITV may have picked up the Royal Wedding and will show it in full.

Eugenie is set to marry Brooksbank in St George's Chapel at Windsor Castle, as Harry and Markle did earlier in 2018. It has been reported that upwards of 800 invites have been sent out, including a couple to the Beckhams and the Clooneys. With a price tag of around £2 million in total for security, the dress, and most importantly the food and the booze, there is no denying that Eugenie’s day is going to be every bit as star-studded and lavish as royal weddings that have gone before.

Reflecting on what another royal wedding could mean, royal expert, Hamish Shepard, spoke to the Mail Online. Predicting what's in store, he said: "After Meghan and Harry’s wedding was the most viewed wedding in history, a second royal wedding at Windsor is certainly going to attract another global audience. With Eugenie and Jack both attendees at Harry and Meghan’s wedding at Windsor Castle earlier in the year, they will certainly want to differentiate their day to celebrate their individuality and have their personalities demonstrated throughout the wedding details."

OK, I'm going to put it out there; I'm gutted the BBC has turned down Eugenie's wedding. It is bad enough that I didn’t get an invite, but now, it looks like I might not be able to see the wedding at all. Here's hoping ITV might pull something out of the bag.