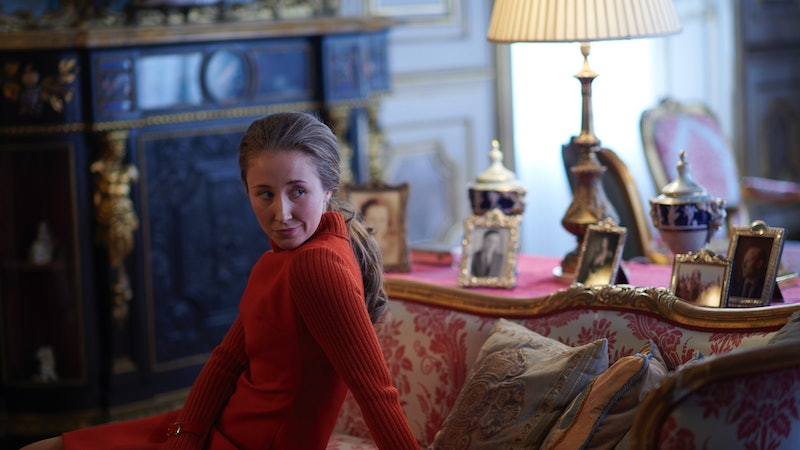 Fans of Netflix's The Crown have been revelling in its long-awaited return after the show's third chapter debuted on the streaming platform earlier this month. However, as viewers delved back into the British Monarchy's past, eagle-eyed fans noticed how one significant moment in royal history was not included within the period drama. So, why didn't series 3 of The Crown show Princess Anne's kidnap plot?

Although notably missing from the show's plot, the reason behind this creative decision is not yet clear. I have reached out to Netflix for comment, and will update with any new information the moment it becomes available.

As the Express reports, the real kidnap attempt took place on March 20, 1974, when newlyweds Princess Anne and Captain Mark Phillips were making their way back to Buckingham Palace after attending a film premiere. When their car came to a halt, a man named Ian Ball held the Princess at gunpoint, and planned to hold her ransom at a hefty £2 million. Ball continued to shoot the Princess' bodyguard and chauffeur, which forced the royal couple to barricade themselves in the car — and as the gunman made attempts to abduct the young Princess, she reportedly responded "not bloody likely."

However, during an interview with Harpers Bazaar, actor Erin Doherty — who plays Princess Anne in The Crown's most recent outing — is well aware of the royal kidnap attempt, and discussed how this potentially traumatic event helped shape her own portrayal of the Princess. Speaking to the publication, Doherty revealed that learning more about the botched kidnap "blew her mind," especially when considering how young she would have been at the time. The actor went on to add that she doesn't know how the Princess managed to stand her ground in such dangerous circumstances, and explained that the incident "did inform" her performance in the Netflix hit.

Discussing the Princess' handling of the situation, Doherty went on to say that "if you're grounded and stable and confident enough to tell someone no when they have a gun in your face, I feel like you've got things sorted, pretty much" — however, despite the event's impact on the actor's performance, this particular storyline failed to make the cut.

Given the shocking nature of this royal tale, its hard to understand why show-makers decided to leave the attempted kidnap out of the drama's plot. However, The Crown's latest season doesn't suffer as a consequence, and the show's brilliant third run is available to stream on Netflix now.

More like this
An 'Emily In Paris' Fave Is Joining Season 5 Of 'The Crown'
By Bustle Editors
10 Iconic Erica Sinclair Quotes From Stranger Things That Steal The Show
By Sophie McEvoy
Regé-Jean Page Spoke Out On His Rumoured 'Bridgerton' Return
By El Hunt and Maxine Harrison
Emma Thompson, Lashana Lynch, & Stephen Graham Lead Netflix’s 'Matilda'
By Sophie McEvoy
Get The Very Best Of Bustle/UK