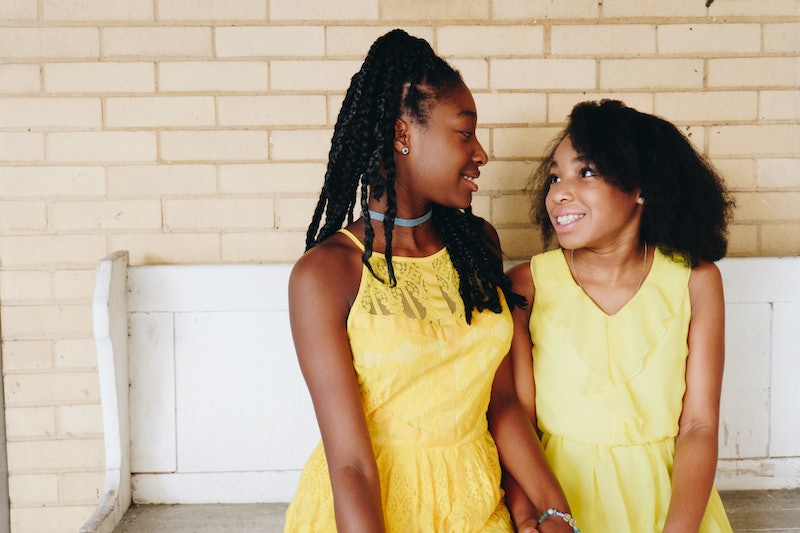 The human brain is extremely suggestible. It's constantly being molded by what you see and experience around you, and it absorbs new information throughout your life. So when you see ads for vitamins that feature extremely thin women as an "ideal" of fitness, your brain is quick to pick up on that messaging (no matter how misleading that may be). These kinds of images can change how we perceive beauty standards enormously, and a new study from British and Swiss academics has found that the process happens much quicker than previously thought.

The dominant standard of female beauty in Western media may have vacillated slightly over the decades, but for the majority of the 20th and 21st centuries, symmetrical, toned, white, and thin women have been advertised as the "ideal" by mainstream media. Increased visibility for diverse body types has ramped up significantly in recent years, showing that obviously there isn't just one kind of female body that's beautiful.

And for millennials raised on the internet, having a diversity of different types of bodies in the spotlight is a boon for general body positivity. But what influence could different images have on people who've never experienced mainstream media, or the beauty "ideals" it espouses? This new study aimed to answer that question, and what it found was that body standards changed much quicker than people might have previously believed.

More like this
Wimbledon Alters All-White Kit Rule Amid Candid Period Discussions
By Catharina Cheung and Rachel Mantock
Iran Has Issued A Death Sentence Over Mahsa Amini Protests
By Catharina Cheung, Darshita Goyal and Maxine Harrison
Kim Kardashian On The Beauty Hack That “Changed My Life, My Skin, My Confidence”
By Taylor Jean Stephan
The Indigo Girls Taught Me Queer Relationships Could Be Messy, Too
By Hannah Soyer
Get Even More From Bustle — Sign Up For The Newsletter