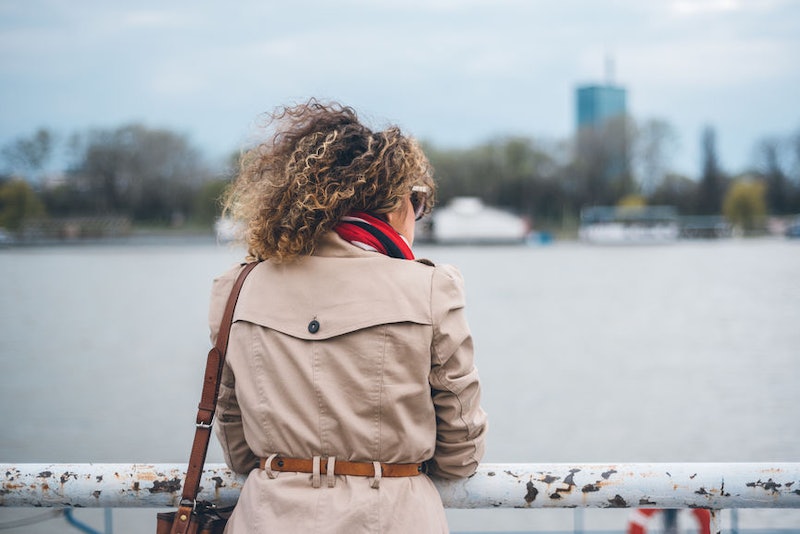 If the "back in my day" stories of older relatives are to be believed, the current crop of us millennials have never had it so good. But we came of age in a post-recession, social media-saturated landscape, and are subsequently grappling with poor housing opportunities, employment instability, and the peculiar blend of hyper-exposure and social isolation brought on by the age of the internet. Ever asked yourself, "Why do I feel so lonely?" Research suggests you're far from alone.

According to a study from the Intergenerational Foundation that compared three generations of young people, today's millennials are unhappier and lonelier than previous generations, reporting a lower sense of wellbeing across areas including health, relationships, and finances. The investigation looked at five aspects of wellbeing — relationships, economics, health, personal environment and belonging — in surveys conducted in 1995, 2005, and 2015, with all participants aged between 20 and 29. Sadly, the findings weren't positive.

In a press release issued to Bustle UK, the Intergenerational Foundation reported: "Overall, twenty-somethings in 2015 had 10 percent lower overall scores for economic, health, relationship, personal environment and belonging wellbeing combined than either of the previous cohorts of twenty-somethings." That's a pretty comprehensive decrease in reported wellbeing — so why, exactly, are millennials struggling so significantly?

Let's break it down a little further. The quality of family relationships, the Foundation observed, declined "by more than 50 percent between 2005 and 2015", while close friendships fell by six percent. According to the report, today's millennials "may be becoming more socially isolated."

On the finance front, the study found that "economic wellbeing for young people has stagnated for two decades — with a decline in employment and real wages between 2005 and 2015." And there was also a significant drop in "personal environment wellbeing" between 1995 and 2015 (though the scores increased between 2005 and 2015) which, the report suggests, was primarily down to "an increase in household overcrowding."

The fact that the report found that twenty-somethings are dissatisfied with their employment and housing prospects won't surprise many in that age group, as the Guardian reports, "two out of five non-graduate jobs are filled by people with degrees," resulting in many more being "pushed into self-employment, zero hours, and agency work that suits some but not all." And up to a third of millennials will never own their home, but will instead rent for their entire lives, according to the BBC.

What else does the study reveal? Millennials' sense of belonging has dropped 32 percent since 2005, which the Intergenerational Foundation attributes to "falls in volunteering, interest in politics and observing a religion." And health wellbeing declined 11 percent from 1995 to 2015 — though the report's author, David Kingman, acknowledges this drop might be a result of changing perceptions of health. He said: "It could be due to greater exposure to social media and anxiety over body image since younger generations are drinking less, taking drugs less, and exercising more than previous generations did at the same age."

The study isn't the first to suggest a link between social media and poor mental health among young people. The clean eating trend, popularised on platforms like Instagram and YouTube, has been connected to worsening the health of those susceptible to eating disorders. Plus, as the Guardian reports, a British study in 2017 found that "Instagram, Facebook, Snapchat, and Twitter increased feelings of inadequacy and anxiety" among 14 to 24-year-olds, with Instagram proving the most problematic.

Not the most positive of reports for today's millennials, then. (And this seems like a good time to note that if you're struggling with body image, anxiety, depression, or any other issues touched upon by this article, it's absolutely worth making an appointment with your GP.)

But one upside? The study might serve to dispel some of the prevailing stereotypes about the laziness or ungratefulness of millennials and Gen Z-ers. If it looks like we're struggling, Generation Y and older, it's because we've got some pretty valid reasons.