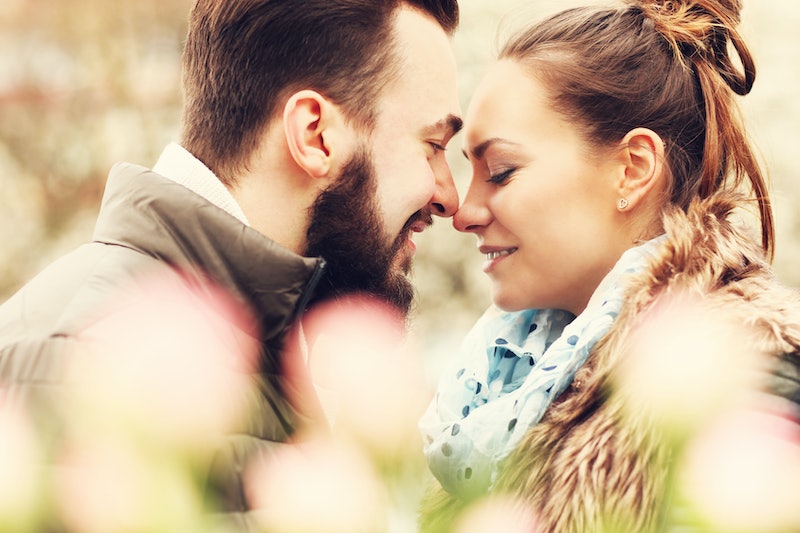 Public displays of affection are a notoriously polarizing topic among couples. Some people find it playful, relationship-strengthening, and fun, while others are fully grossed out by the idea of being overtly sexual in public. Both are totally valid personal feelings to have, but a new study looked at precisely why people like making out in public, its prevalence, and how people perceive its effect on their lives. The study comes from researchers in the Department of Psychology at the University of Kansas and it was published in The Journal of Sex Research.

Study authors Kate M. Esterline and Charlene L. Muehlenhard surveyed 155 women and 194 men, all of whom were college students, via an online questionnaire to determine how they felt about what researchers termed "performative making out," or making out in public with the express purpose of being seen by others. They found that 32 percent of women and 37 percent of men reported participating in performative making out before. Notably, according to the paper: "significantly more women than men reported same-sex performative experiences." The study didn't clarify the sexual orientations of study participants. But when it came to motivations behind PDA, women and men reported vastly different responses.

Among women, the most popular reason for wanting to be seen making out was to make other people jealous.

Among women, the most popular reason for wanting to be seen making out was to make other people jealous. A whopping 55 percent of women reported it as their main motivation, while 34 percent did it to signal to others that they were in a relationship. For men, the most likely reason for engaging in PDA was to enhance their image. Fifty-nine percent reported doing it for the image boost, while only 30 percent of women did it for their image. The other most popular motivations for men to make out in public were just so they could prove they could (38 percent), and to signal a relationship to others (20 percent).

One aspect of performative making out that gets pushed aside when analyzing relationship dynamics from a heteronormative and cisnormative perspective is, of course, the safety threat PDA poses to people who don't fit that mold. I'm a playful exhibitionist to the core, but making out with folks of a certain gender on the streets of New York has resulted in me getting spit at by a stranger mid-smooch. When folding marginalized identities into the motivations behind and effects of PDA, things get complicated. For that matter, the same argument can be made of interracial relationships.

On the one hand, being in a public space that feels safe enough to make out in can feel incredibly freeing and normalizing. Alternatively, making out in a questionable space can feel defiantly visible and brave. And of course, sometimes making out in public can be downright dangerous. Ultimately, the fact that (white) men believe being seen making out inflates their worth — and in fact do it primarily for that reason — supports the system that controls everyone else's sexual expression from the outside.

Ideally, sharing an intimate moment in public doesn't inherently give power to one member of the kiss while taking it away from another (or both!). And the voyeurs definitely shouldn't be in control of doling out that power.

More like this
Are Gemini & Leo Compatible In A Relationship?
By Kristine Fellizar
What Are Swingers? Everything You Need To Know
By Lexi Inks
35 Sexy Texts To Send Your Partner
By Griffin Wynne and Carolyn Steber
Melony & Gia Prove That Couples Who Grow Together, Stay Together
By Jessica Morgan
Get Even More From Bustle — Sign Up For The Newsletter