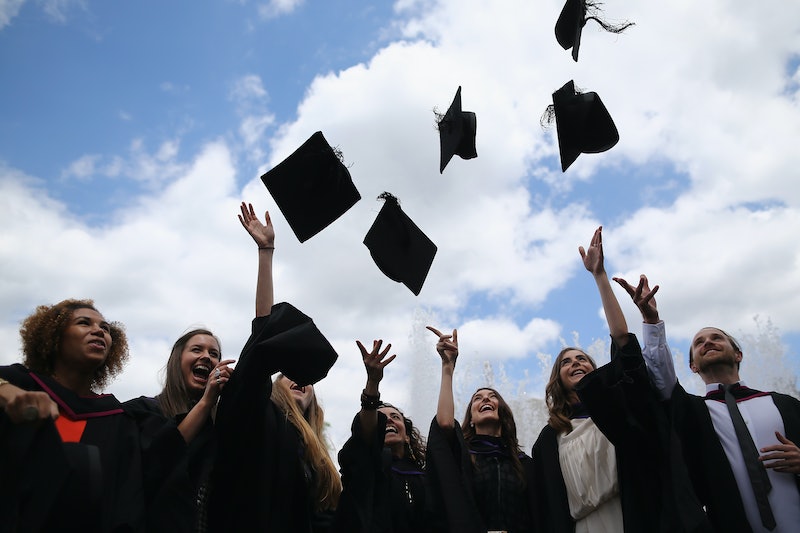 The Pew Research Center's department on American politics and policy recently found that Democrats and Republicans' views of national institutions differ greatly — especially when it comes to higher education.

The researchers spoke to more than 2,500 adults and divided the responses into two groups: Republican or those leaning Republican and Democrat or those leaning Democrat. The survey did not reflect responses from those who responded with "I don't know." The study sought to understand the public's view of institutions like churches, banks, labor unions, national news media, and universities, and whether it was positive or negative. The study found that the differences of opinion are much greater and pronounced compared to last year. When it comes to some specific institutions, the rise or steep in opinion is overwhelmingly sharp.

Republican opinion of colleges has been controversial, to say the least. In 2012, The Atlantic documented the GOP's strong pushback against colleges. Former Pennsylvania Senator Rick Santorum called colleges and universities "indoctrination mills." In 2016, Politico noted that the Republican platform viewed higher education more negatively than the Democratic platform, and criticized college campuses for supposed "political indoctrination."

The criticism was mostly leveled at student activists who have been demanding safer spaces and justice for marginalized students like racial minorities, the LGBTQ community, and women.

But this year, the majority leans toward viewing colleges as detrimental to the country. In only two years, a majority of Republicans have turned against universities. Possible reasons behind the increasing criticism might include political differences with liberal students, the debate on safe spaces, and student activism.

The research from Pew points to a widening chasm in ideological differences between the two primary political parties of the United States. But the most remarkable revelation from the research points to growing negative opinion toward higher education emanating from Republicans. With such a hostile view of higher education, the future of colleges and universities seems to be in a tricky spot.