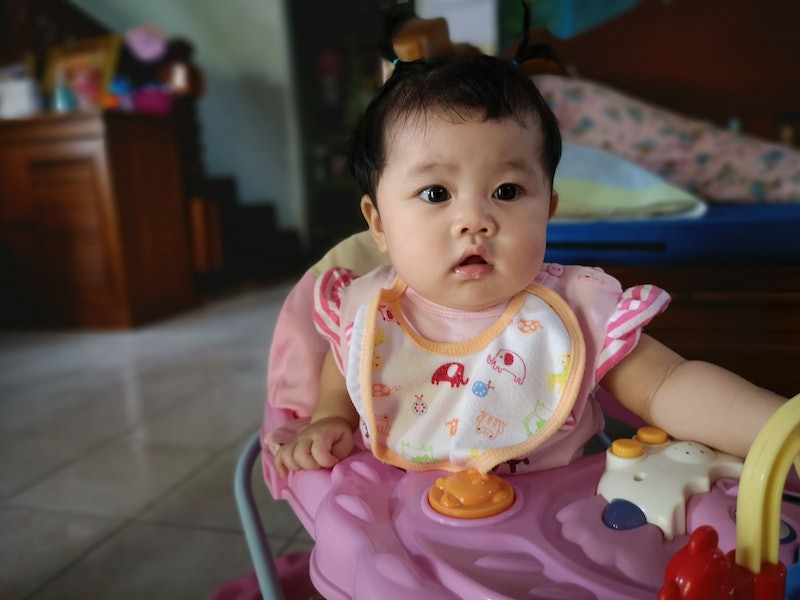 A new study, published in the journal Clinical Neurophysiology, found that when newborn babies hiccup, it’s not only adorable — it also helps them develop crucial mind-body connections that help them learn how to voluntarily control their breathing. And they spend a lot of time doing this. According to the study, which looked at 13 newborns, infants hiccup for as long as 15 minutes every day. While this would be unthinkably annoying for an adult, babies need to go through this process to learn how to do fun and important things like hold their breath, take deep breaths, and all kinds of other fun breathing tricks that you or I take for granted.

How does this happen? The study found that each hiccup initiates three big brain waves that help the infants develop neurological connections between the brain and the body. In other words, that big muscular contraction in the diaphragm that characterizes a hiccup generates brain waves that help babies’ brains learn how their bodies work.

Further, it’s not just the muscle contraction that creates a hiccup — that intense spasming feeling just under your chest when you hiccup — that helps babies learn how to regulate their breath. The “hic” sound itself is associated with that third big hiccup-induced brain wave, which helps babies figure out that there’s a correlation between the physical sensation of a hiccup and the sound they make. This connection is a crucial part of a babies’ internal processes that allows them to learn what different parts of their body do, and how to control them.

So hiccuping is great for babies who may one day do yoga, lift weights, and go swimming — all activities that require a lot of breath control. But, the study said, it’s still unknown whether the benefits of hiccuping carry on into adulthood. Alas, that round of hiccups you got during your last job interview probably didn’t teach your brain anything except the value of staying calm in the face of insurmountable hiccuping odds.

Adult hiccups may be a physiological hangover from when you were a baby and the hiccups were actually good for you, the study said. At least you know, now, that even if it doesn’t benefit you now, it did once. Ironically, you can thank your hiccups for helping you learn how to hold your breath long enough to get rid of the darn things.