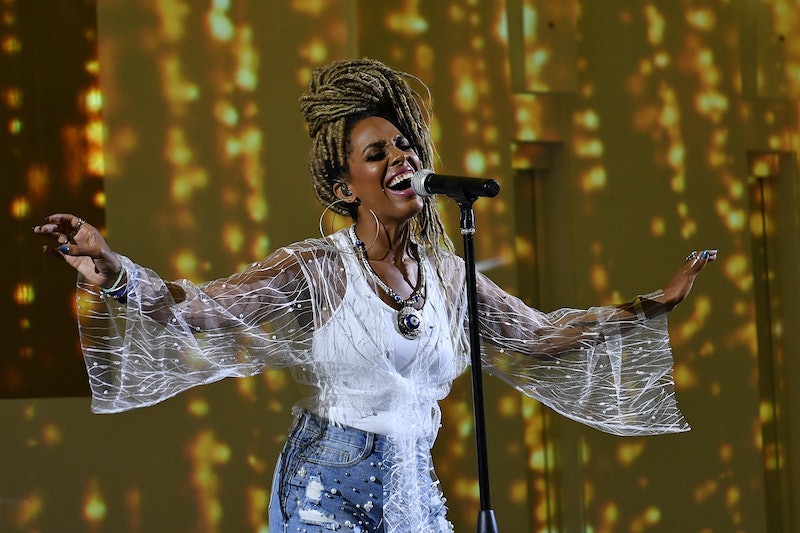 Ever wonder why driving home late at night as a newly-licensed teenager, radio blasting to its upper limits, felt better than whatever it was you were driving home from? The reason why we love music so much can feel too obvious to even enumerate; we love it because we love it, duh. But for around 20 percent of the population, music can literally feel like a friend, according to a recent study published in the journal Frontiers in Behavioral Neuroscience.

Music has been hugely important for humans for all of our history; the oldest known musical instruments are flutes made at least 43,000 years ago, and every society on earth has some kind of musical tradition. Many different theories have been suggested as to why we're so into music; that we fill it with emotional and personal meaning, that it's a kind of "protolanguage" that we used to communicate before we developed language as a species, that we use it to "let go" of ourselves and achieve ecstasy, and so on.

But as this study notes, for a highly empathetic fifth of the population, music can feel like a companion. Scientists have discovered that there's an "empathy circuit" in the brain, and that people who are considered to be highly empathic are exceptionally sensitive to social stimuli and the moods and attitudes of other people. And when it comes to music, that seems to have a physical affect on their brains.

The study looked at 20 UCLA undergraduates, who were given tests on their empathy based on how they could "read" different situations. Then, all of them had their brains scanned while they listened to various pieces of music, including familiar and unfamiliar pieces. When the high-empathy undergrads were played music they knew and loved, their brains showed two radical differences from the brains of lower-empathy subjects. One, they showed more activity in the dorsal striatum, which is part of the brain's "reward" system and gives us feelings of pleasure. Two, the parts of their brain associated with "social circuitry" lit up.

The end result? The brain activity of highly empathic people, when they listen to a piece of music they know, looks a lot like they're meeting a friend. It feels like a social experience, and the researchers behind the science say that it could actually be a "proxy for a human encounter." In other words, empathic people don't need to step outside or find somebody to banish feelings of loneliness; they just need to flip through their song list and select one that brings back good memories.

The link between empathy and music is just starting to be explored. Introducing children to music from different cultures in primary schools has been shown to reduce their racism and raise their empathy, and it seems that your empathy levels can also affect what kind of music you like. A study by Cambridge scientists in 2015 found that highly empathic people tend to like music that involves emotion, like romantic R&B, while people who are more detail-oriented enjoy things like jazz. You can actually test the tie between your empathy and your music taste by doing a quiz as part of their research. And this is another piece of the puzzle.

For the fifth of the population who are classified as highly empathic, the idea that music feels like a friend likely doesn't explore anything new. But it's also thought that empathy levels aren't static; scientists believe that empathy is like a muscle that can be "strengthened" through observing other peoples' emotions and attempting to behave in an empathic way. And if you're trying to improve your empathy, you may discover that your relationship with your much-loved music playlist starts to change too — and feel like a chill-out session with an old friend.

More like this
These 3 Signs Are The Master Chefs Of The Zodiac
By Kristine Fellizar
These 4 Zodiac Signs Make The Best Bridesmaids
By Nina Kahn
The Zodiac Sign Pairs Most Likely To Have A Sibling Rivalry
By Kristine Fellizar
Taylor Lautner Thought Taylor Swift's 2009 VMAs Interruption Was A "Skit"
By Alyssa Lapid
Get Even More From Bustle — Sign Up For The Newsletter
From hair trends to relationship advice, our daily newsletter has everything you need to sound like a person who’s on TikTok, even if you aren’t.