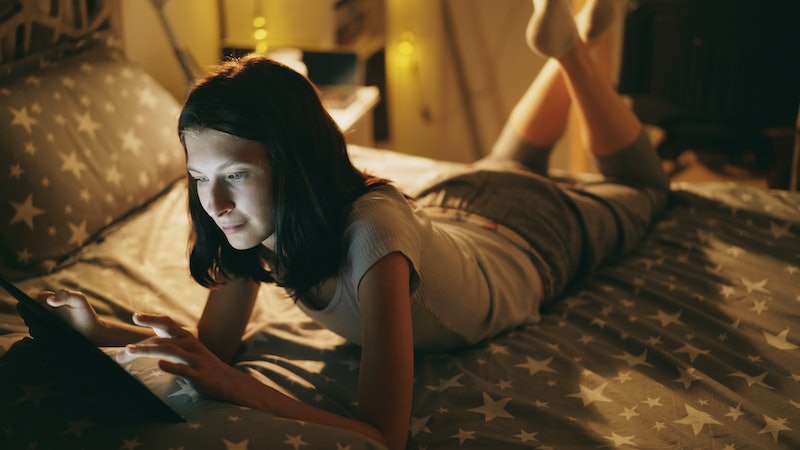 There are two kinds of people on the internet: those who love to watch pimple popping videos and those who do not understand why people watch pimple popping videos. I am in the latter camp. Based on the amount of time I spend picking at my own face, you would assume I’d be very into the current gross-out video craze. While I wholeheartedly understand the satisfaction of popping your own pimples, I am a hard pass on any video with anything like “CRAZY BLACKHEADS GETTING SQUEEZED SO GROSS BUT ALSO SATISFYING” in the title. My pimples? Fine and cool. Other people’s? Literally never. I am, however, fascinated by other people’s fascination.

It certainly is not an overstatement to say that people are fascinated with pimple popping videos, ear wax removal videos, and the like. California-based dermatologist Sandra Lee has been dubbed “Dr. Pimple Popper” and has over three million subscribers on YouTube. Lee’s 891 videos showing her extracting blackheads, popping pimples, draining cysts, etc. have over 1.5 billion views. Yes, billion. Lee is far from alone in the gross-out video genre. UK-based audiologist Mr. Neel Raithatha has over 24 million views on his videos showing ear wax extraction and cleaning. There’s also an entire subreddit called /r/popping dedicated to “pictures, videos, and stories about cysts and pimples.” Over 115,000 people subscribe to this subreddit.

So, what about these videos is so appealing? Put simply, they make your brain feel good.

When you pop your own pimples, your brain actually releases dopamine, the happy-feel-good neurotransmitter. As neuroscientist and assistant professor Heather Berlin, PhD, told Refinery29, “There’s a cycle of anxiety or arousal before the act and a sense of relief after.” Basically, you feel a combination of physical pressure-relief when you pop a pimple as well as a mental sense of relief. Your brain and body like it when you pop a pimple, even if you aren’t supposed to.

You may also feel a similar sense of relief just from watching someone else pop a pimple. “I think watching popping is similar to seeing a scary movie or riding a roller coaster for some,” Dr. Lee told Refinery29. “You get a rush of euphoria and excitement.” The comparison makes sense. Why would anyone logically want to ride a rollercoaster or watch a movie that’s meant to scare us? That rush of adrenaline and relief is likely a significant part of it.

In turn, the suspenseful-then-satisfying narrative of a pimple popping video is pretty simple: there is a buildup of pressure and then that pressure is relieved.

Our desire to pick and groom and the subsequent satisfaction we get could also be biological. Clinical sexologist and senior lecturer at the University of Portsmouth Diana Fleischman talked to The Cut about the “vicarious thrill” we get when “watching people pick things out of their bodies.”

“We evolved in an environment where there were tons of ectoparasites like flies, lice, and tics, which would all transmit disease,” Fleischman said, explaining the adaptations animals have in response to their environment. “Humans have evolved to groom each other to avoid these ectoparasites.” Fleischman also said we feel a sense of relief and pleasure by removing that risk.

Disgust is also a huge part of our biology. Like Fleischman stated, we’re programmed to be grossed out by things our body wants us to avoid. However, like Lee mentioned, we are drawn to things that are scary without any real sense of danger.

There is also something cathartic in that process: seeing something disgusting or “dangerous” and watching the “danger” subside. When Hannah Jane Parkinson interviewed pimple popping fanataic for The Guardian in 2015, people consistently used the words “soothing” and “cleansing.”

The main reason our brains like those videos? Human just love gross things. Psychologist Nina Strohminger wrote a dissertation on it entitled “The Hedonics of Disgust.” Regarding these kinds of gross-out videos, Strohminger wrote:

“I don't think there's anything straightforwardly masochistic about it. Rather, negative sensations are interesting, particularly when you're in a context where they can't hurt you. You're probably not going to step in dog shit just for the experience, but maybe you'd click on a link to watch someone else doing it.”

So, no harm, no foul. Just don’t send them to me, please thanks.