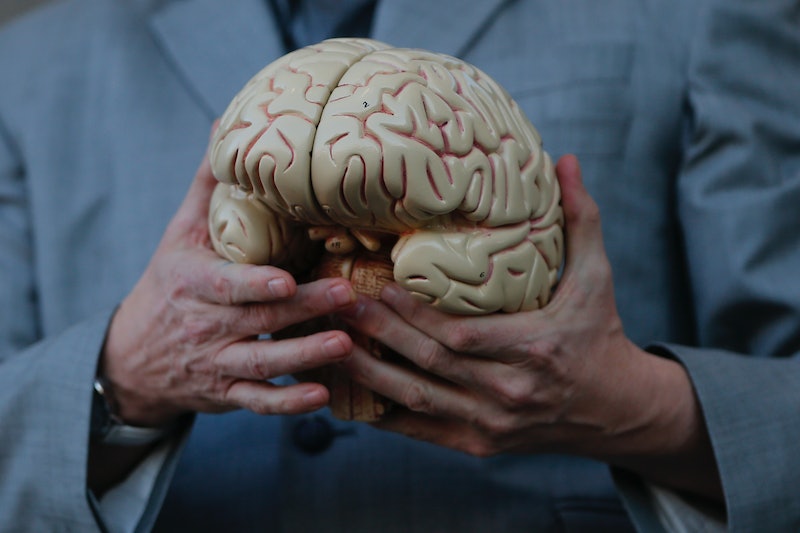 Ever had a migraine? You'd know if you did: migraines are often cited as one of the worst pain experiences people will experience, even worse than childbirth — and, because women get more migraines than men, many of them will have the, uh, opportunity to compare the two firsthand. For a sense of the numbers, the Migraine Research Foundation estimates that 74 percent of migraine sufferers in the U.S. are women. But it's always been a mystery as to why women are more prone to these debilitating headaches: Experts have pointed out in the past that some of this gender difference may be down to menstruation and how it alters hormones — but until now we haven't had a concrete explanation. Now, though, a new study suggests a very promising theory: that migraines occur more in women because of the odd relationship between estrogen and brain cells.

There has actually been a lot of work to figure out why women get more migraines than men. A study in 2012, for instance, found that female migraine sufferers had thicker gray matter in certain areas of their brains than other women or male migraineurs, and those bits of the brain center on pain and how it's felt. That, the scientists behind the study thought, meant that women's more intense migraine experiences could be explained by brain structure. But this new theory takes a different approach, and it could give female migraine sufferers new ways to treat their condition.

"Menstrual migraines" are A Thing for many women. The Migraine Trust explains that it's tied to the premenstrual phase of your cycle when estrogen levels fall. Migraine expert Dr. Markus Dahlem told period tracking app Clue that, for women with menstrual migraines, "The crucial role is played by estrogen withdrawal. With unpredictable fluctuations of estrogen, e.g. around menopause and in particular in the late menopause, with high estrogen levels, migraines can worsen and attacks become more unpredictable." This, he notes, is why women with this condition are often prescribed birth control without estrogen, so they don't set off migraine conditions with artificial hormones. And now we have more of an insight into why estrogen is such an issue.

This new study looked at a particular substance in the brain that can help — or hinder — how brain cells detect pain. They used both male and female rats for the experiment, because, as the scientists pointed out in a press release, "Even though women are much more likely to experience migraines than men, most migraine research is conducted using male animal models" — an example of medical gender bias that makes it all the more difficult for women to be correctly diagnosed across a whole spectrum of illnesses.

The substance they were checking on is called NHE1; if there isn't much of it around, brain cells can increase their "pain signaling," and migraine drugs are less likely to work. Male rats in general had four times the level of NHE1 than female rats — and when female rats experienced peaks in their estrogen, their NHE1 levels dipped even more. Something about estrogen appears to make NHE1 levels plateau in the brain, and that means women are probably more susceptible to pain signaling because of their hormonal mix. Which sucks.

The good news, though, is that it could be possible to make medications that boost NHE1 levels, and so help brain cells dampen their alarmed response to estrogen a bit. We still don't know why NHE1 has such an odd reaction to estrogen — so there's a lot of work to be done. But for the moment, this is one of the best theories out there for why women are more likely to experience migraines than men, and we're not making it up, thank you.