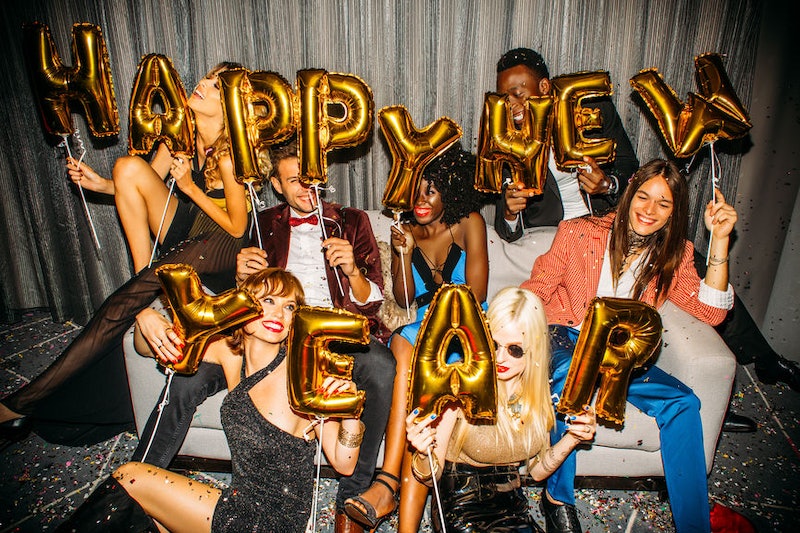 Does a night out exist that's quite as high pressure as New Year's Eve? If societal expectations are to be believed, it's supposed to be the biggest and best night of the year, a flawless opening ceremony for the twelve months ahead. But for a vast proportion of people, the night can leave them feeling deflated or depressed. Wondering why New Year's Eve makes you sad? One thing's for certain: you're far from alone.

Back in 2012, the Telegraph reported that about 10 million Brits consider New Year's Eve the "most depressing night of the year." And according to Broadly, there's a number of reasons for that. For one, there's the pressure to reflect on the year that's passed, according to psychologist Dr. Larry Kubiak. "Any time there's a time for reflection, you have the potential of becoming even more depressed," he told the site. "Especially if you feel like you just don't measure up in comparison to others."

A common symptom of clinical depression, the NHS says, is low self-esteem. For those with the illness, therefore, comparing themselves to others or assessing their own achievements can be especially painful (and it's likely, if you have depression, that your self-perception is extremely negatively skewed.)

There's a difference, as Broadly points out, between feeling depressed and experiencing clinical depression — though people in both groups may struggle on New Year's Eve. Those who aren't dealing with mental health issues can still find the holiday a difficult one, while people with existing depression might see their symptoms worsen.

The aforementioned focus on partying into the new year can also make New Year's Eve distressing, particularly for those who'd really rather stay home. "Any time you let social convention dictate what you do rather than doing what feels best for you, you run the risk of anxiety, depression, and so on," Dr. Kubiak told Broadly.

Another issue with New Year's Eve? The pressure to make — and stick to — a New Year's resolution. As Refinery29 notes, depression can make daily tasks seem next to impossible; the idea that they should be pursuing lofty targets for "self-improvement," therefore, can make people with the illness feel like abject failures.

Counsellor Katerina Georgiou told the site, "When we’re depressed or suffering emotionally, having someone suggest we make plans or pressuring us to think positively can be distressing. The thing about setting goals or making plans is that it requires energy, and the issue with depression is that there is a lack of energy in the first place.

She stressed that people with depression should not attempt to compare themselves or their goals with someone without a mental illness. "Think about your mountain," Georgiou said. "Is it getting out of bed, leaving the house, or socialising? Get a sense of what it is and work within that. Rather than picking out resolutions as such, paint a picture in your mind of where you’d like to be this time next year."

Mayo Clinic offers several tips for coping with depression over the holidays, including setting aside time for yourself, managing your expectations for the period, and acknowledging your feelings instead of attempting to force happiness. And crucially, if your existing symptoms get worse or your feelings of sadness persist, you should speak to your GP or a mental health professional, even if you haven't already been diagnosed with depression. There is help available to you that you deserve access to; what you don't deserve is to struggle with your mental health alone.