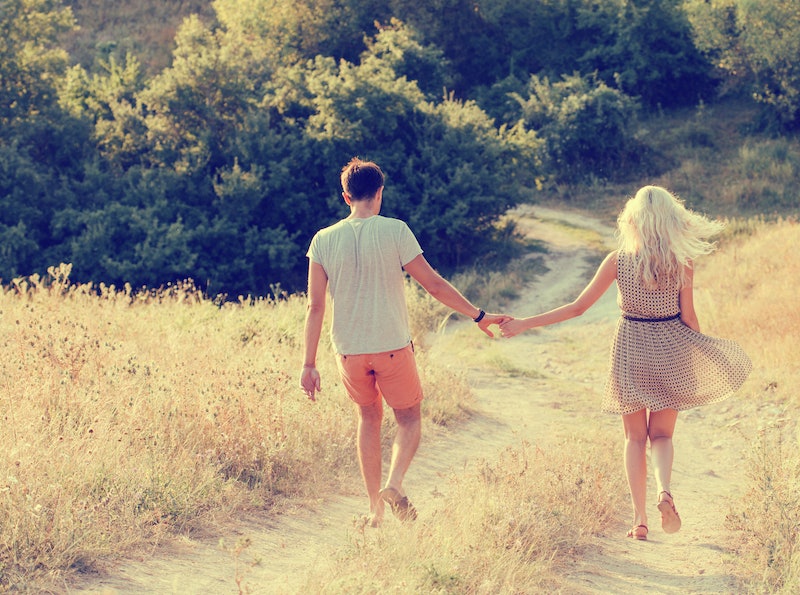 After what was the second warmest February on record, it seems we have finally inched past the freezing temperatures and here we are, moving into the joys of spring. It is time to put the Canada goose jackets to rest and break out the crop tops. And condoms. Because everyone is trying to have sex rn. Yep, spring boosts sexual desire.

As soon as the weather gets warmer, we all get hornier. I know it is not just me; I’ve seen all you randy kids at the bars as of late; you are all up on each other (more than usual). The vodka isn't to blame; it’s spring fever.

It All Started With A Sexy Dude Named Charles Darwin

The reason people get together and find partner during the fall (besides not wanting to be alone at the pumpkin patch), is because cuffing season is not just a cute name Millennials made up, but an evolutionary survival tactic.

According to Darwin’s evolutionary, “survival of the fittest” theory, individuals who wandered around in the winter, without a mate or tribe, were far less likely to survive the harsh climate and reproduce. Therefore, your body tells you find a mate when the weather gets colder so that you have a better chance of making babies.

The Biological Clock Revolves Around The Weather

Whether you're looking for a casual hookup or you just want to get more lovin’ from bae, spring will boost your desire. You may not be trying to get pregnant now (or ever), but your body is screaming, REPRODUCE! ASAP! According to a study published in the US National Library of Medicine, animal mating habits are directly correlated to the changing of the seasons. We’re attuned to our biological clocks. Our bodies know that offspring survival rates soar when the weather is warmer; food is plentiful, climate is temperate, no one will freeze to death etc.

Therefore, when spring hits and warm weather abounds, our biological mating siren is ticked off.

Does spring make you restless, moody, or ready to jump out of your skin? You’re definitely not alone. As I sit here writing this, all I think about it is sipping a margarita, and making out with my partner on a park bench.

Now, while there is conflicting discourse on weather spring fever is an actual illness, most scientists agree that there are documented psychological changes associated with the change in season.

"Spring fever is not a definitive diagnostic category," Michael Terman, director of the Center for Light Treatment and Biological Rhythms at Columbia University Medical Center told Scientific American in an interview. "But I would say it begins as a rapid and yet unpredictable fluctuating mood and energy state that contrasts with the relative low [of the] winter months that precede it."

Spring Puts Us In A Better Mood

Once the sun comes out and warms the earth, it warms our cold dead hearts as well. When you’re trapped inside all winter, you don’t get the vitamin D you need. According to Psychology Today, vitamin D deficiency is directly linked to depression. While you can counter the side effects with a daily vitamin D supplement, nothing replaces a good, old dose of sunshine. Once we’re outside again, our moods get better.

After three long months of nothing but TV marathons and Seamless, you’re finally back out in the wild. This fact alone is going to nurture your proclivity to find some sex. Being inside is not natural. As Time points out, humans are not meant to be cooped up inside all day. It literally makes us crazy. So, once you’re out and about, you’re going to be itching for human contact.

Since everyone else is also outside, getting their brunch on after hibernating under a down blanket since December, you’ll be in good company to hook up.

While the reasons for spring fever remains somewhat of an elusive phenomenon to the scientific community, the documented changes in behavior, mating patterns, and mood are highly documented and evident. So, strap on those sandals and shorts, because it is hunting season. Happy trails!