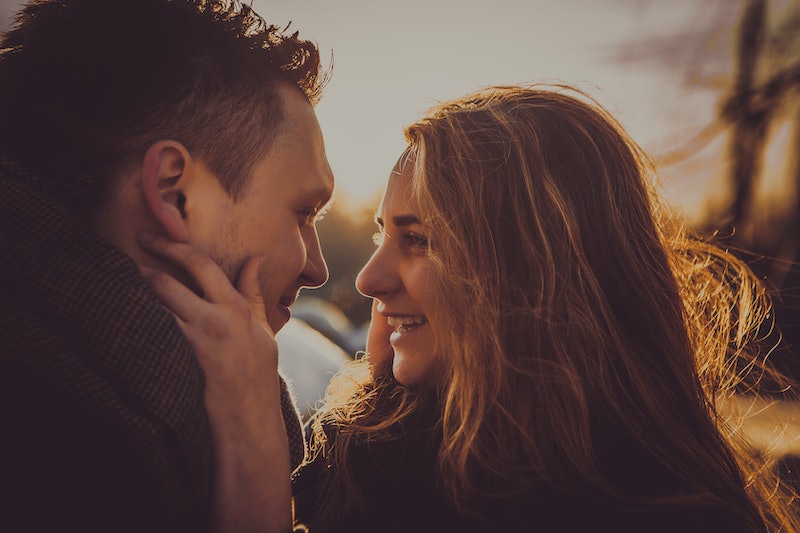 Winter is coming, and with the arrival of colder temperatures comes an increase in cozy sweaters, hot chocolate orders, and (most importantly) cuddling. This time period has come to be called "cuffing season," but what does that mean? Lets turn to our faithful Urban Dictionary: "During the Fall and Winter months people who would normally rather be single or promiscuous find themselves along with the rest of the world desiring to be 'Cuffed' or tied down by a serious relationship. The cold weather and prolonged indoor activity causes singles to become lonely and desperate to be cuffed."

Cuffing season is essentially the opposite of summer flings, wherein many beach babes live for hookups and casual romances. It's no secret that winter makes everyone want to curl up on the couch and spend all day Netflix and chilling with that special someone. But is this just a notion, or is there some science behind it?

Dr. Scott Carroll, a physician and psychiatrist in Albuquerque, N.M., told Medical Daily that there actually is some science to back up cuffing season. Of course, there are a variety of social pressures involved — bringing home a special someone for Thanksgiving dinner, taking cute Christmas photos with your significant other in December, kissing under the fireworks on New Years eve — but late autumn and winter actually end up being a good season for commitment for several reasons. Lets explore them.

1. We Are Primed To Seek Mates In The Winter

According to Carroll, one of the reasons cuffing season is real is that we've evolved to seek mates in the winter. Gotta keep warm somehow. Am I right, ladies?

2. We Have Evolved To Need Psychological Warmth When It's Physically Cold

In a study done several years ago, researchers found that physical coldness leads to the need for psychological warmth, which is achieved most commonly in the form of romantic movies, novels, and songs. Just another reason to fully embrace Netflix and chill in the winter, but with much more urgency and biological drive.

3. Winter Is Proven To be The Most Fertile Season

August and September have the highest birth rates, and incidentally come nine months after winter begins. However, there is not necessarily an underlying evolutionary need to mate in the winter. And unlike other mammals, humans don't really have a mating season, during which it is more advantageous for them to mate.

So even though there might not necessarily be a science behind why cuffing season is a thing, there is certainly evidence that it is a thing. So if you so please, go forth and get cuffing, my friends!