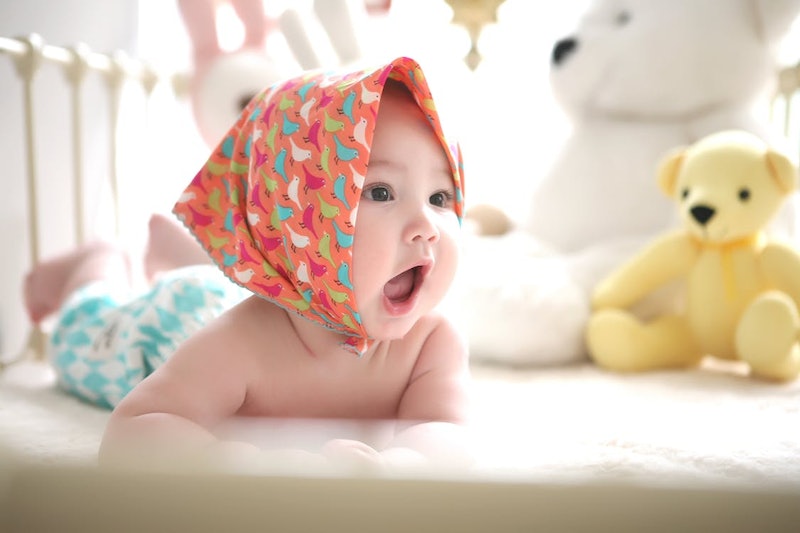 Ever notice how there are some people that kids just seem to gravitate towards, while others are consistently given the widest of berths? Well, it turns out there’s an incredibly depressing reason why kids don’t like some people: There’s a correlation between how objectively “attractive” kids think you are and how trustworthy they consider you to be. That’s right — the idea that “pretty = better” is so deeply ingrained in society that whether or not someone is conventionally attractive even affects kids’ opinions of the adults in their lives.

In recent research published in the journal Frontiers in Psychology, scientists found that among a group of 138 participants between the ages of 8 and 12, kids tend to trust people more when they also think they’re attractive. Using a face generation program, the researchers created 200 images of male faces. They were all neutral in terms of their expression — that is, they weren’t showing any specific emotion — and they were all gazing directly at the viewer. Participants were first asked to rate each face on how trustworthy they thought the person it belonged to was; then, in a second session conducted a month later, they were asked to rate each face on how attractive they thought it was.

According to Science Daily, the researchers found a “strong, direct relationship between the two traits — the faces deemed more trustworthy were also considered to be more attractive.” What’s more, when the same experiment was conducted with a set of adults for comparison purposes, it was found that this relationship strengthens even more with age.

Worth noting: This particular study was conducted in China, so we do need to be careful about drawing wide-reaching conclusions about it — that is, we don’t know enough to say that this phenomenon is universal. There are, however, similarities across a wide variety of cultures in terms of how much value is put on looks; as such, it’s also worth considering how this one study fits into the bigger picture.

China, like many East Asian countries, tends to have an image-conscious society; indeed, as The Economist reported earlier this year, the country is currently spending billions in an effort to revamp its image to make it appeal to the global market. Many Western countries and cultures, too, tend to be highly image conscious — including(and, I would argue, especially) the United States. Here, research has shown, for example, that workers who are considered to be “attractive” are also more likely to be considered more effective employees, even when their performance at work doesn’t actually support this belief; the upshot is that they tend to make more money than their “ugly” peers.

What's more, the current study is especially concerning when help up against other existing research. Another study published earlier this year, for example, found that fat kids are excluded from friendships at an early age. And as Tara Parker-Pope reported in the New York Times in 2011, fat stigma is spreading; even in cultures that have traditionally considered larger bodies to be more attractive than smaller ones, there’s a move in the opposite direction going on. Consider, too, that adults are more likely to think fat women are “sloppy,” “undisciplined,” or “lazy” — all qualities that are often associated with “unattractiveness” — than they are to consider the same about straight size women.

When we connect all these dots, the picture that emerges shows that the issue — this obsession with an extremely narrow definition of “beauty," where "thin" is "pretty" and "pretty" is "good — is a global one that begins young and continues throughout adulthood. And for that reason, even a study that takes place in just one country that shows these kinds of results is cause for concern.

Kids are learning from an early age to associate “ugly” and “fat” with “bad” and “immoral” — and they’re learning it from us. So what do we do about it? We vow to do better. We teach our kids not to fat shame. We teach them that a person’s value isn’t determined by how “pretty” they are — and that “pretty” is subjective, anyway. (Beauty really is in the eye of the beholder.) We start being more mindful of how we talk about these things, too — whether we’re talking about them around kids or not. We owe it to everyone — kids, others, ourselves — to put in the work required to realign our thinking.

This stuff matters. And if we want to leave the world a better place than it was when we arrived, then we need to get cracking.