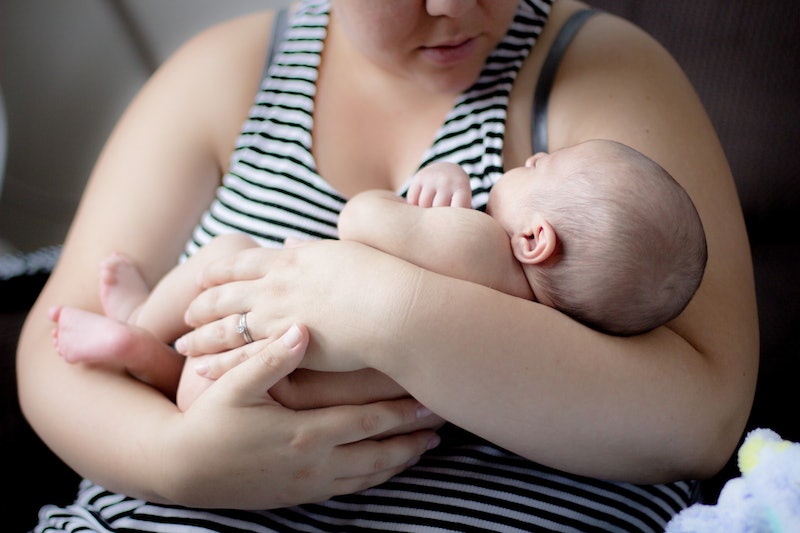 Breastfeeding is good for infant health, and yet many new mothers still struggle with the stigma against breastfeeding, especially in public. In a new report, medical experts in the UK argue that one way to lift the stigma is to start early, and require that children be educated about breastfeeding in school. The hope is that, by familiarizing kids with the beneficial practice, they’ll grow up to see it for what it is: A completely normal, natural facet childcare.

Breastfeeding rates in the UK are low compared to those of other European countries. According to The Telegraph, in 2010, only 34 percent of babies in the UK were still being breastfed at six months — while in the United States, 49 percent of babies were receiving breast milk at that age, and 71 percent were in Norway. On Tuesday, the Royal College of Paediatrics and Child Health (RCPCH) released a new set of guidelines to help improve breastfeeding conditions for new moms.

“The health benefits of breastfeeding are beyond question, from reduced likelihood of intestinal, respiratory and ear infections to hospitalization,” RCPCH president, Professor Neena Modi, told The Telegraph. “Regrettably the attitudes of a large part of society mean breastfeeding is not always encouraged; local support is patchy, advice is not always consistent and often overly dogmatic, support in the workplace not always conducive to continued breastfeeding and perhaps most worryingly breastfeeding in public is still often stigmatized.”

One recommendation of the RCPCH is that personal, social and health education (PSHE) courses in schools include teaching about breastfeeding, in order to make children familiar and comfortable with the idea of breastfeeding from a young age. “When we asked groups of children and young people what they thought about breastfeeding, we were really surprised — and a little bit upset — to hear the word ‘yucky’ being used by them,” Modi told the BBC. “Clearly the perception that we, as a society, are giving children, is not the perception we want them to be getting.”

Modi told the BBC that parents should have very young kids interact with the women in their lives who are breastfeeding (such as their mothers, relatives, and family friends) in order to familiarize them with the concept. When kids reach school, they should learn important information about breastfeeding, such as the ways that it benefits infant health.

Modi emphasized that both girls and boys should learn about breastfeeding in school — after all, though they might not breastfeed themselves, there’s a strong likelihood that these boys will someday grow up to have breastfeeding women in their lives who will need their support.