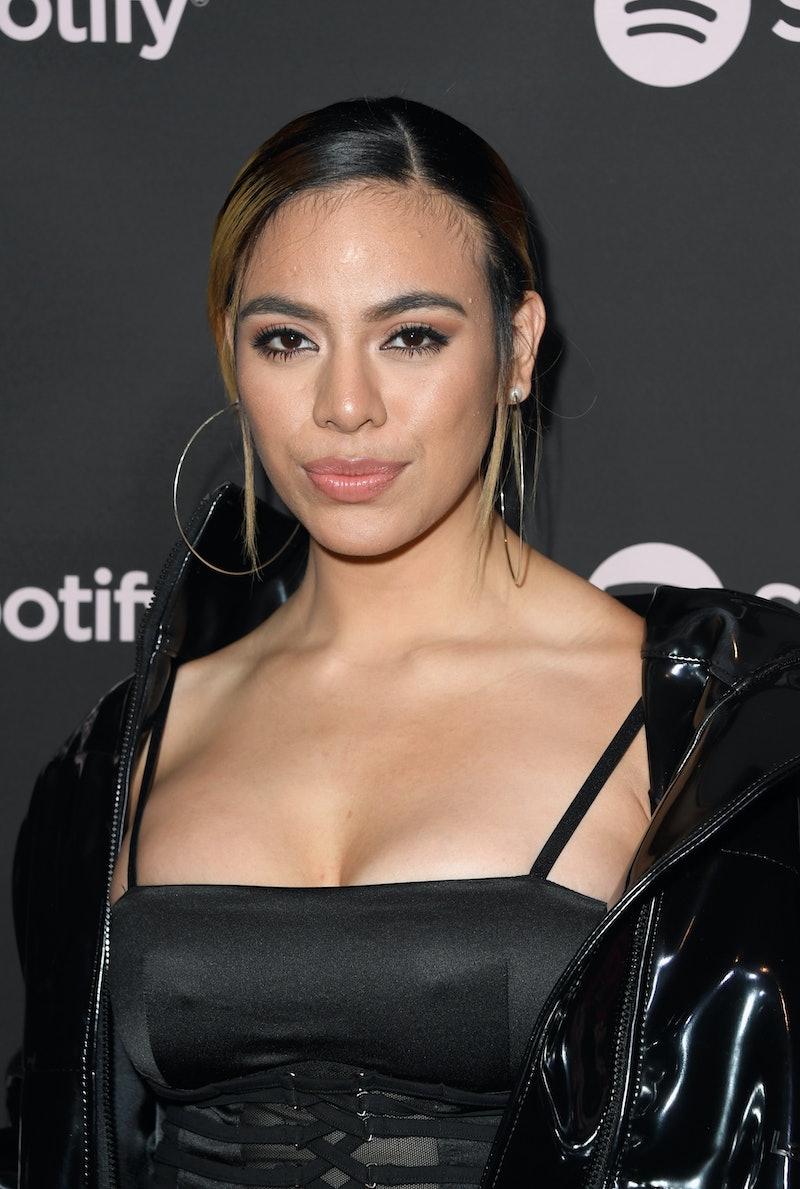 Dinah Jane knows what it's like to balance two worlds. By the age of 16, the singer was finding major success with her girl group Fifth Harmony, with songs climbing the charts and tours in packed arenas. But as a Polynesian-American woman in the very white world of pop music, Jane also dealt frequently with pressure from both her loved ones and the media to adhere to cultural expectations. Today, as she releases three new, solo songs a year after Fifth Harmony announced its hiatus, she's more attuned than ever to the nuances of her identity — and she's using her music to address her journey head-on.

"I see so many women that are killing it in the music industry, and I think it's all about speaking up about our truth," the 21-year-old says, chatting with Bustle over the phone recently. "It's OK to be vulnerable. That's what makes us stronger... It makes us braver."

Jane's three new songs, released on April 19, are intensely personal, discussing her complex relationship with her family; the oldest of seven, she grew up in a house of 23 people, and their "really modest" Polynesian heritage meant that doing things for yourself, rather than others — like touring the world or winning awards — was looked down upon.

"They were afraid of me failing, of me being an embarrassment," she explains. "So me performing in certain things, or saying certain things in certain records — they kind of looked away from it, because they [were] like, 'what are you doing?'"

"Throughout the years, I've always kind of painted the picture that everything's fine," Jane continues. But in reality, her loved ones "would murmur under their breath to other people and say that they didn't really fully agree with what I'm doing, although I was coming home to them and helping them out."

The lack of support Jane received from her family as Fifth Harmony found success "became really toxic for years," she says. It wasn't until she wrote these new songs that things started to change. Jane credits “Fix It,” which details the pain of her family estrangement, as the catalyst that helped them all heal. After hearing the song, her relatives finally understood how much pain they'd caused.

“They caved in and they were like... we can never fight or never make you become something you're not, so you just be you.” Jane recalls. “This song was something that saved us, in a way, from being even more toxic... it's the most personal I've ever gotten in the studio with a producer and writer."

Jane's other new songs, "Heard It All Before" and "Pass Me By", are also intimate, as is "Bottled Up," her first single as a solo artist that was released in September. Featuring Ty Dolla Sign and Marc E. Bassy (“they’re like my brothers,” she says), the song is like "part two" to Fifth Harmony's 2016 hit "Work From Home," explains Jane; over the backdrop of a catchy dance beat, she sings about pushing down her emotions. "I've bottled up a lot of things throughout my life, and here I am, finally expressing and telling my truth," she says now.

With this new music, Jane is ready to trust her own gut; after all, she’s been in the spotlight since she was 15, and she’s learned more than a few lessons along the way. “As woman in this industry, I've realized, definitely, my worth,” she explains. “I've realized that I don't always have to sell my body. I can sell my stories, because that's what people want to hear.”

Just like Jane doesn’t want to be bound by cultural expectations, she doesn’t want to be restricted by her gender, either, in terms of having agency over her image. In "the pop world, you have to do certain things to be a pop star,” she says. “You do things that are not in your control.” She's learned that she has to always be "10 steps ahead" of everyone else, especially as a solo female artist navigating the music landscape. She has to be careful with whom she trusts, keeping a close "circle of people" around — including ex-bandmate Lauren Jauregui, with whom she recently spent a week in Bali at a songwriting retreat.

"Her room was right across from mine," Jane says, describing how the two of them, along with Jane's assistant, would hang out by the pool at night. "We were trying to throw [Lauren] in, but she didn't want to, so she just watched us swim.... It was just us three kicking it, talking about life."

It's clear that despite her burgeoning solo career, Jane doesn’t plan on leaving her Fifth Harmony roots far behind. Still, she's excited to put out more music of her own, revealing that there's "an album in the works", although it likely won't be out until the end of the year. In the meantime, she plans to keep debuting songs right as she finishes them. "I just want to release music out there," she says. "I just want to keep feeding my fans."

As for what these future songs will be about, Jane says she's tired of burying her emotions. Now more than ever, she believes being vulnerable makes her “brave.” Says the singer, “If you're scared about releasing a song, if you love it so much and you're afraid that it's not like anything else, you're doing the right thing."