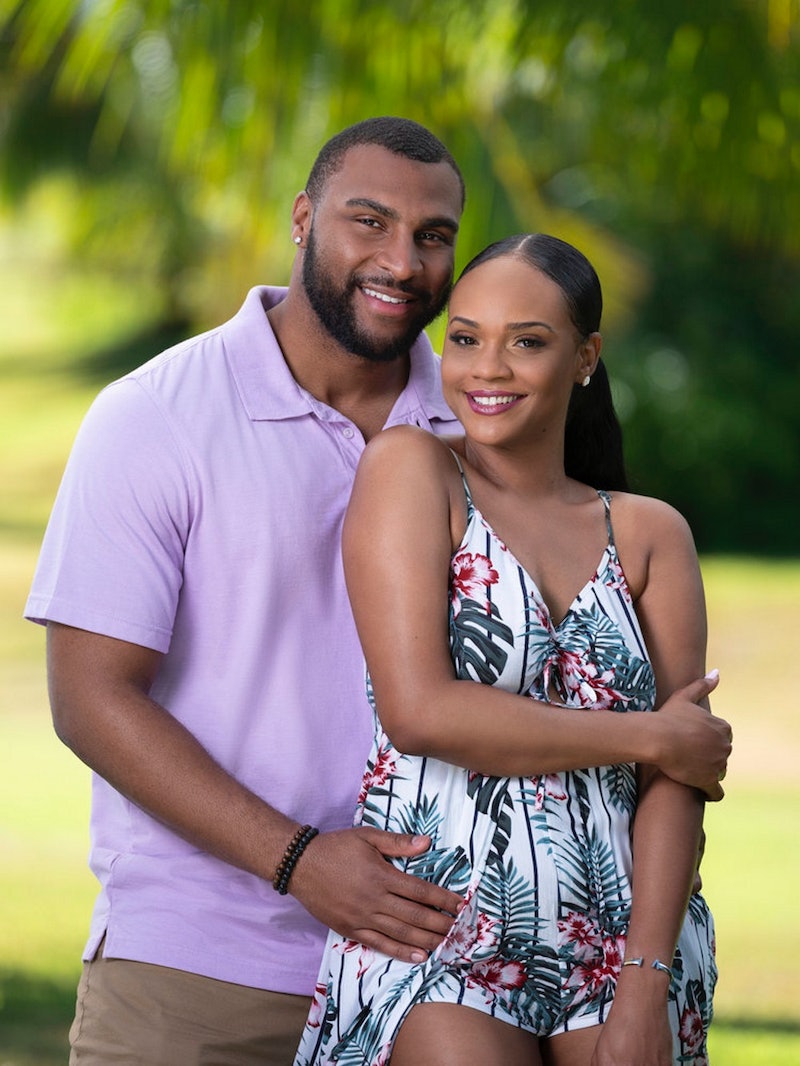 When they first arrived on Temptation Island, Esonica and Gavin had been together for a little over a year. Esonica felt ready to take the next step in their relationship, but Gavin wasn't quite sure. Now, midway through the season, it seems both of them are having doubts about whether or not they want to stay together. And based on social media, things may not get any better.

Lest we forget, Gavin was last seen sucking on the toes of one of the single women in his villa. Esonica, meanwhile, has been steadily building her connection with Kareem, who seems to understand and appreciate her in ways that Gavin doesn't. The fact that they're on the island at all indicates that Esonica and Gavin's relationship isn't necessarily rock solid, and being on the show seems to have only driven them further apart: at this point, the two don't even follow each other on Instagram.

Could that just be them trying to trick nosy viewers? Sure. But it could also be a giant red flag that they don't end up leaving the island together. And Twitter seems to suggest the same.

Though Gavin mostly promotes the show and hasn't hinted at his current relationship status, Esonica has dropped a few clues in the form of inspirational messages that could mean she's currently single.

For instance, on Nov. 10, she wrote, "It's one thing to tell her that she's beautiful but it’s another thing to make her feel it too...." Then, two days later on Nov. 12, Esonica retweeted Elle Varner, whose tweet read, "Stop trying to get me to lower my standards cause you can't meet my expectations!"

These messages in and of themselves aren't definitive proof that Esonica and Gavin have broken up, especially since they do actually still follow each other on Twitter, but it does make it more likely. After all, they could still be on each other's Twitter lists because they just haven't gotten around to unfollowing or don't realize they still are thanks to the fact that the platform's algorithm only shows you content you interact with frequently.

The true fate of Gavin and Esonica's relationship won't be revealed until the Temptation Island finale, which is still several weeks away. But if things continue the way they have been, all signs point to them leaving the island single — or at least, not with each other.