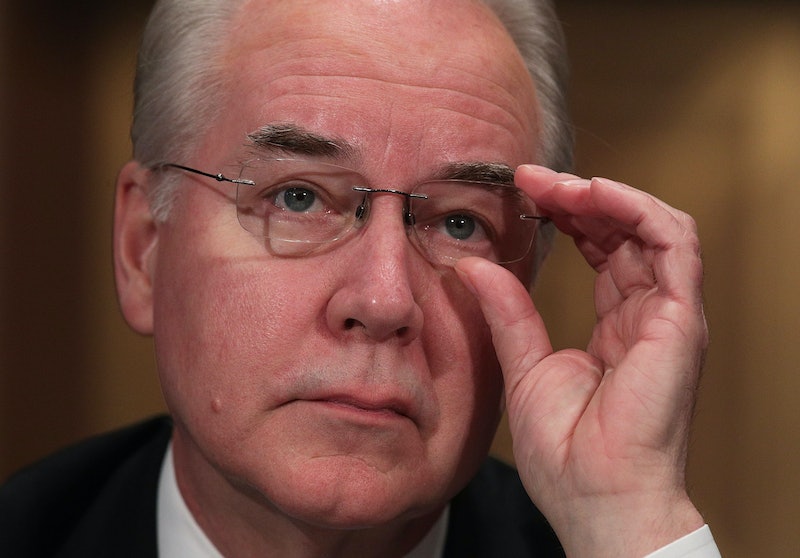 With Donald Trump as president and Republicans holding control of both branches of Congress, it seems like Democrats are shut out of power with little hope of that changing until the midterm elections in 2018. Despite winning the 2016 popular vote for president and Senate and encountering a rush of enthusiasm from the party base, it generally seems like there is little Democrats can do to face the unhappy power dynamic they currently find themselves in. But in Georgia, a state that Donald Trump won by 5 points in November, Democrats hoping to return to the majority in two years have their first chance to try to make that happen.

Rep. Tom Price, who has represented Georgia's 6th Congressional District since 2005, was just sworn in as President Trump's Secretary of Health and Human Services. That leaves the district open to a special election to replace him.

Normally, the 6th District would be bad territory for a Democratic pickup. The last time a Democrat won it was in 1976, and for two decades it was represented by Newt Gingrich, who became the Republican Speaker of the House. Also, Price had a solid hold on his district; he won it in 2016 by a more than 20-point margin.

But the 6th District, which covers northern Atlanta and some of its suburbs, was one of the many places around the country where college-educated white voters, who normally vote Republican, didn't warm to Donald Trump. Trump barely won the district this past presidential election, 48.3-46.8. Since the election, Trump hasn't gotten much more popular among many Americans — his nationwide approval rating according to Gallup is at 40-54 approve/disapprove, lower than any incoming president in recent history and close to where presidents fall at the lowest moment of their term.

For some Democrats, Trump's unpopularity in Georgia's 6th looks like the kind of opportunity that only comes once in a lifetime. They hope that with the right candidate, they can convince voters to switch parties to stand up to Donald Trump. Jon Ossoff, a former Congressional aide who runs a firm that investigates corruption, has seemingly united many Democrats — both in the district and out — in the belief that he may be that candidate.

The liberal organizing site Daily Kos has already gotten involved fundraising for Ossoff, and claims to have brought in more than half a million dollars of small donations from around the country. Since special elections, like the one Ossoff and numerous other candidates will face off in on April 18th, are notoriously low-turnout events, fundraising, enthusiasm, and turnout will be the keys that decide the race.

A change of one seat in the House of Representatives won't mean much for the balance of power in Congress. But Ossoff's run is an important test of important aspects of the movement that calls itself The Resistance: can running against Trump's unpopularity convince voters to turn out for Democrats? Are there historically Republican places that might be ready to shift parties after the recent demographic realignment? And, perhaps most importantly, will all the enthusiasm growing among liberals and progressives be able to turn into organized, real-world results?

The battle over Georgia's 6th District will be the first test of the Resistance. But it will be far from the last, and it may be a sign to come of what American politics may look like in the age of Trump.