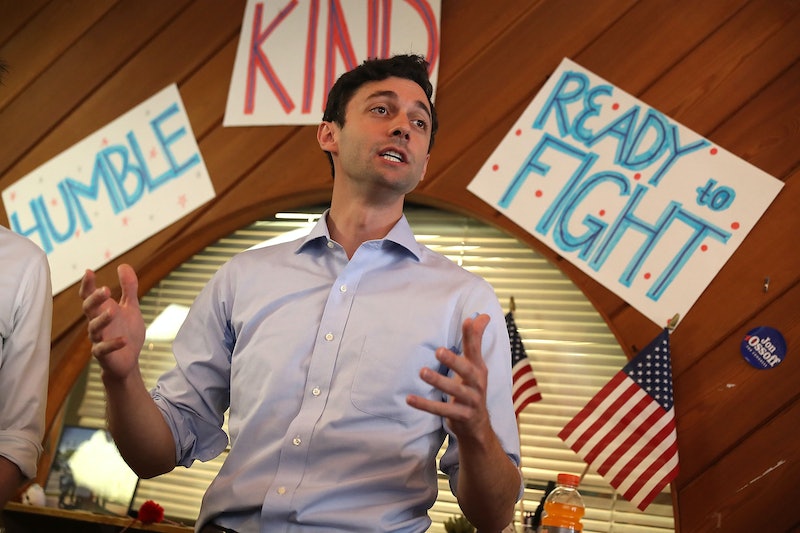 Voters in Georgia will face a nail-biting evening Tuesday, as results pour in from a special congressional election. Due to the vacancy created by Tom Price's appointment as secretary of Health and Human Services, the sixth district race pits Georgia's former secretary of State, Karen Handel, against former congressional staffer Jon Ossoff. Ossoff's win would be huge for the Democratic Party, which is hoping to win back the House of Representatives in 2018. But even if Ossoff wins the special election, progressives should still worry.

It's true that if Ossoff wins, the Democrats can work to emulate the victory in the 71 Republican-held districts that have more liberal voters than this district in Georgia. And yes, perhaps that's enough to win back the House from the Republicans — even without entering into a fight over redistricting (this Georgia district was reportedly gerrymandered to benefit Republicans).

But even with all that good news for Democrats, this is still problematic. This election will be the most expensive House race ever, with CBS News reporting that spending could reach $50 million. The closest House race in history topped out at $30 million; Georgia's special election has already cost more than $40 million. Ossoff himself has raised $24 million so far. What does it say about our political system when it takes a good $20 million to get started in politics?

While progressives would like to see Ossoff get elected and help stand against the Trump agenda, the exorbitant sums of money in American politics, — thanks to the Supreme Court's Citizens United decision — is troubling.

Most of the money Ossoff is spending comes from the huge number of small donations to his campaign. He reached one million contributions before Barack Obama or Bernie Sanders did in their respective campaigns — and those were national races, not a local one. That is less problematic than the big bucks coming from outside PACs, which have helped prop up his opponent, Handel. While this money is definitely better than that of private interests, less would be better for democracy.

It's likely naive to think that campaign finance reform is even possible these days. For Citizens United to be overturned, a constitutional amendment would need to be passed or a more progressive Supreme Court would need to be appointed — both long shots with Trump and the GOP in control. But if reform were possible, think of how you could really debate the issues and not get lost in the noise. Ads wouldn't be so deafening, and the race itself would probably be shorter too.

So definitely cheer on Ossoff and the other Democrats who could take back the House next year. Just remember to get them on the record about getting money out of politics too. After winning back the House, the Senate, and yes, the presidency, that has to be the next focus.