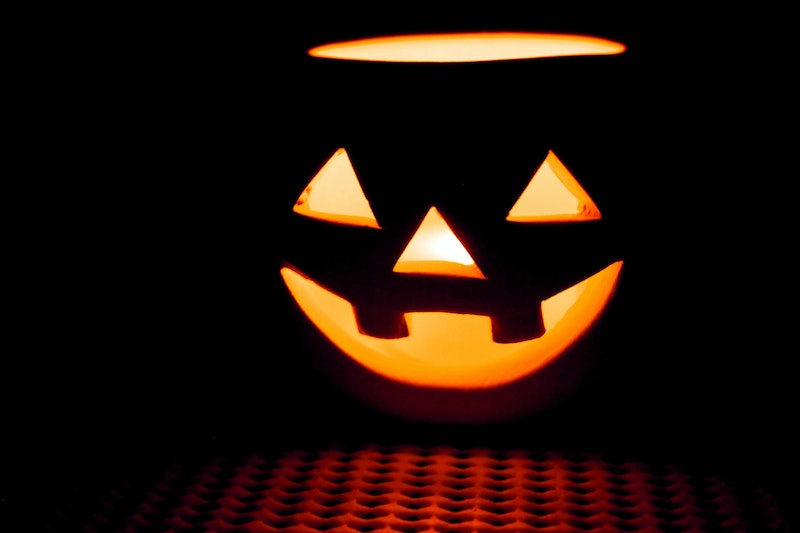 In the UK, October 31 means one thing. Yes, it came very close to being the day this country actually left the EU, but I'm not talking about that. I'm talking about Halloween. The ghoulish holiday where children in fancy dress go trick or treating, all the shops create spooky versions of everything, there's badly carved pumpkins, and of course a great excuse for a party. Although Halloween is nowhere near as big as other celebrations in Britain, you can hardly escape the spooky season. Yes, for me growing up Halloween celebrations on October 31 didn’t exist, in fact, we actively avoided it.

When trick out treaters rang came to our door, we’d turn the corridor light off and pretend nobody was home. When my primary school friends would ask my mum if I could go trick or treating, she would politely decline on my behalf. When spooky films came on TV, the channel was quickly changed in favour of something more cheery.

My family is Jamaican and Christian which means Halloween didn’t exist for us. It wasn’t even like other cultural or religious holidays we didn’t celebrate ourselves but still respected and interacted with — this one was totally out of bounds. But we weren’t alone, not many of our black or brown family or friends in London celebrated it either. And I didn’t know anyone at our church who really joined in on it. That’s not to say all black people or all religious people hate Halloween, but for some, the connotations with evilness and witchcraft (which Christians say the bible denounces) mixed with the fact that a lot of our families are from countries where Halloween isn’t a thing, means it’s not at the top of our priority lists. And it’s not just in the UK, If you've watched African American sitcom Black-ish, you'll know the grandma hates Halloween for similar reasons and even goes as far as handing out bibles to the trick or treaters instead of candy.

But the lack of Halloween in my life only served to spark my curiosity. One of my earliest memories was visiting the small island of Iona in Scotland, a popular Christian pilgrimage destination. Although I can’t recall much from the trip, I do remember watching Tim Burton’s The Nightmare Before Christmas with some other children and I was enthralled by it. Skeletons, witches, ghosts –it just made me want to know more about this day that was completely off-limits to me.

When I got into my awkward teen years, I had to decline any Halloween party invitations, often pretending I didn’t want to go to a “devil’s celebration” anyway. The truth was I was seething with envy so did the flippant teen thing of faking a lack of interest. I probably begged my mum and tried numerous times to explain that Halloween actually had connotations with All Saints Day, but it was too much of a hard sell when the TV showed blood, vampires, and gore. And instead of my school mates saying “okay, no worries”, I was met with giggles or a series of mocking questions, and eye-rolls for not attending. Even though I went to a Church Of England school, other children still weren't always aware of the cultural differences for some children.

Halloween, or the lack of it, weirdly gave me a bond with other second and third-generation kids with strict parents, and those who grew up in the church desperately trying to assimilate into the white secular “norm”. I tweeted about my Halloween-less childhood, and discovered I wasn’t alone, one friend replied: “We had one dress-up party on Halloween called a Hallelujah party at our church in place of a Halloween one where we dressed up as "nice" characters”, and another said participating in Halloween activities “was Satan worship in my mum's eyes.”

Now, as an adult, I’m free to celebrate Halloween and I probably overcompensate a little. I eagerly carve pumpkins and buy loads of sweets for the children, congratulating them on their costumes. I don’t even get annoyed by the teenagers, after all, there are much worse things a teen could get up to than asking for sweets.

I even ended up working in a massive party shop after university — the holy grail for all things Halloween. I’d be able to guide customers on what was the best fake blood to purchase, or how to use scary contact lenses. But all in all, my lack of Halloween celebrations growing up taught me compassion and understanding. It taught me not to assume everyone partakes in every UK celebration, especially my friends from other cultures and religions. It taught me from a young age not to pry, to be respectful of others cultural and religious beliefs even if I didn’t agree with them.